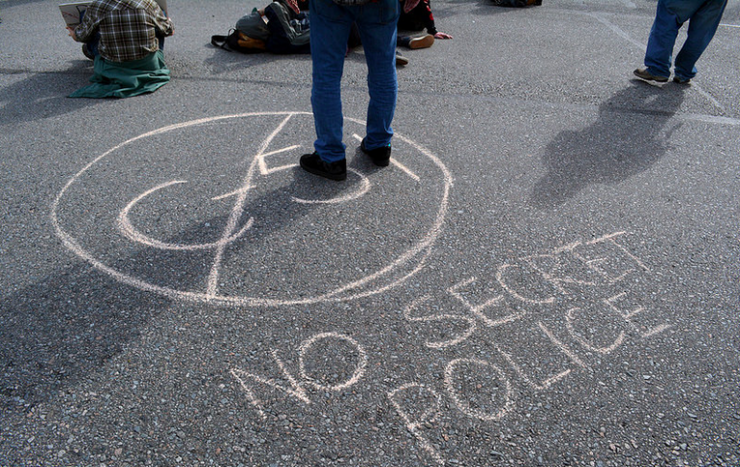 Speaking with Henheffer about an upcoming Charter challenge against Bill C-51, and what the new law means for journalists.

On June 18, Bill C-51 received royal assent, making the widely criticized and controversial act a law. Last week, the Canadian Civil Liberties Association and Canadian Journalists for Free Expression announced plans to launch a Charter challenge against specific sections of the bill, which both organizations filed with the Ontario Superior Court on July 21. A concurrently launched crowdfunder to help pay for legal fees raised well over the organizations’ goal of $25,000 within three days.

We spoke with CJFE Executive Director Tom Henheffer about the challenge’s next steps.

J-Source: When did the discussions to get this Charter challenge underway start?

Tom Henheffer: Basically since C-51 was proposed legislation, we’ve been fighting it. In the form of protests, our social media campaign, a petition and largely being an education resource through our website. That’s a core of what we do in terms of advocacy, in terms of trying to educate the public. We did all of those things.

When it became law, we tried to figure out the best way to continue fighting it. The CCLA actually approached us and asked us to join them on the Charter challenge.

J-Source: Has the CJFE ever launched a challenge like this before?

Henheffer: This is our first Charter challenge—certainly the first one since I joined—but we have intervened in other cases before. We’ve gone to court against the Ontario Provincial Police to decide whether or not they can impersonate journalists at protests. We intervened at the Mike Duffy trial. We intervened in the Omar Khadr case, although I believe he was released on bail before that case concluded. And we’re intervening currently on a case of media access to prisoners. It’s about a specific prisoner, but has larger implications.

J-Source: The challenge addresses five components of the Anti-Terrorism Act, a couple of which you’ve noted have a direct impact on the working lives of journalists who report on national security.

Henheffer: The main one is the criminalization of the promotion of terrorism in general. It could make it illegal for journalists to quote a suspected terrorist or do anything that could be considered “distribution of terrorist propaganda.”

And it’s not just journalists. If you post something on Facebook about your thoughts terrorism or, say, ISIS, and say this is frightening, or you’re a journalist quoting something the Ottawa shooter said in a recording to explain to the public who this was and why he did what he did, it’s right now punishable by five years in prison. And that’s a problem: the who and why are the conversations we need to be having. This bill is so broadly written and there is so little accountability.

J-Source: What are the next steps?

Henheffer: Our crowdfunder on the launch of the Charter challenge was successful, so the next step is to wait for the trial date. That’ll likely take months, possibly after the election. There is the potential that after the election we’ll drop this lawsuit. If the next government that comes in drops C-51, we’ll drop the suit, because there won’t be any bill to fight—that’s the best-case scenario.

Otherwise, we go to court, make our argument, and the government makes its, and we’ll wait for the ruling, and we’d expect that ruling to be in our favour. Should that be the case, I’d hope the government would be smart enough not to file an appeal.

J-Source: What expenses will the crowdfunder’s proceeds go towards?

Henheffer: It will go towards all legal and administrative costs. The $25,000 is for this first round. Lawyers have agreed to do this pro bono, but that generally only goes up to a point. This challenge—it can end up costing hundreds of thousands of dollars, but that depends on how far it goes.

This interview has been condensed and edited for clarity.