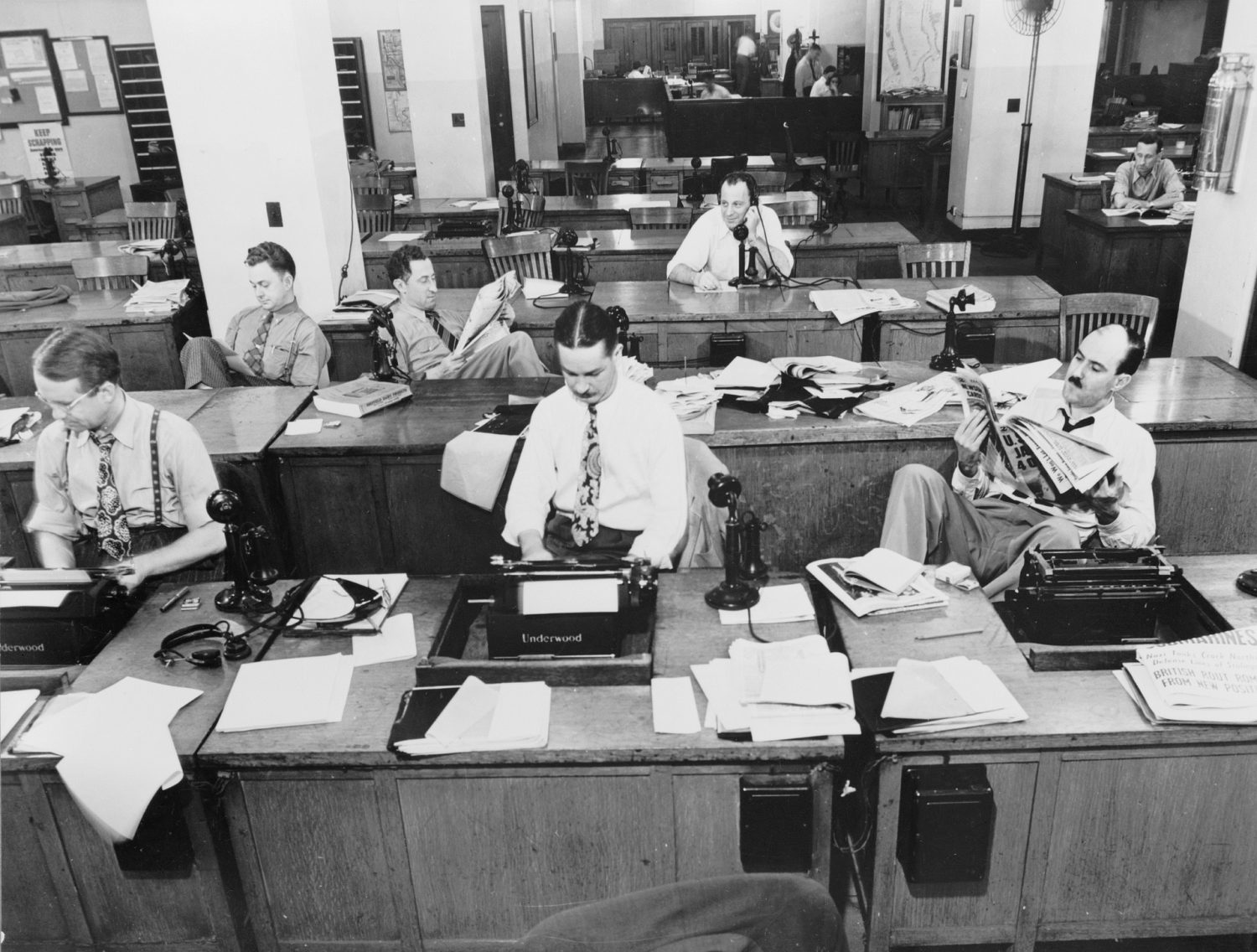 By Sonya Fatah and Asmaa Malik  •  2 years ago

Mainstream media companies haven’t taken the basic step of crunching the numbers on whom they hire, but plenty of evidence suggests doing so is a healthy first step towards creating a more equitable and representative workplace

Over the past several years, scores of stories have shone a light on systemic issues of inclusion in contemporary Canadian society. Some of those stories were brought to us by journalists who knew to look for them.

For example, Vicky Mochama’s Globe and Mail piece In this election, what’s a Black voter to do?. Or Connie Walker’s Missing and Murdered podcast series on CBC, Who Killed Alberta Williams and Finding Cleo. Or Morgan Campbell in the Toronto Star writing on race and the NHL.

An investment in stories that highlight missing narratives in Canadian media is a good thing. It fulfills a central tenet of journalism, which is to investigate and tell stories that are in the public interest.

These stories also help examine work and labour practices at local, provincial and federal institutions. Believe it or not, they also build audiences for publications, leading to new forms of revenue and investment. Finding Cleo is one of the most listened-to shows in Canada, downloaded over 17 million times by the start of 2019, and rated the top true crime show by Vulture in 2018.

There are other benefits. Reporting can spur policy change, as was the case with journalism like Sara Mojtehedzadeh and Brendan Kennedy’s coverage of social justice, labour and inequality issues in the Toronto Star with pieces like Undercover in Temp Nation.

Moreover, if the condition of migrant labourers working on Canadian farms is built on exclusion and violations of the human rights code, don’t readers — consumers of farm products and those in government — deserve to know? Other reporters in the Star’s newsroom — Nicholas Keung and Noor Javed — address issues of race and inclusion in their work.

Sometimes it takes a submission from outside — like Hadiya Roderique’s piece Black on Bay Street in the Globe  — to start a vital conversation, in this case  about cultural change within the legal industry.

A diverse newsroom and an inclusive editorial vision means consistent coverage of meaningful Canadian issues: race, gender, disability, for example. As Megan Jones, senior editor at Reader’s Digest, notes, their efforts to document the number of trans people in Canadian newsrooms led to a dismally low number: six. The absence of a representative workforce means a disservice to audiences through significant gaps in coverage on issues that are relevant to populations in Canada.

The media sector has been especially reluctant to respond to questions of staffing. Numerous efforts here at J-Source, as well as at Canadaland and previously by scholars like John Miller and Caron Court at Ryerson University, have struggled to report on newsroom participation.

Journalists responded well to the J-Source gender diversity survey, conducted by reporting fellow Sabrina Wilkinson on the impact of their gender identity on pay equity, working conditions, sexual misconduct and other challenges. Intersections of race and gender, they responded, had a significant effect on their working experience.

In her report, Wilkinson documents: “These problems are further exacerbated when there is a disproportionately low number of racialized workers in the newsroom, a problem that many journalists identified, especially with respect to Black and Indigenous reporters.”

And while she was able to analyze the results of the survey responses, Wilkinson had a harder time when looking at newsrooms at large. A version of her survey directed at news organizations was sent to 400 newsrooms (small, medium and large; local, regional and national). Despite multiple callouts, only five responded, rendering a Canada-wide analysis impossible.

It’s hard not to be dejected by the response. One possibility is newsrooms are overworked and understaffed and don’t have the time or resources to respond to requests like surveys. The other possibility is that news organizations don’t see the value in participating or willfully reject the opportunity to do so.

That’s not the case in the United States, where, since 1978, the American Association of News Editors has been pushing its large membership body to annually self-report its numbers.

In 2019, 429 media organizations responded to the organization’s survey — or 24 per cent of American newsrooms — allowing the organization to establish important facts: that people of colour comprise 21.9 per cent of salaried employees in U.S. newsrooms and that there was no shift in the representation of women in the journalism workforce; it stayed constant at 41.8 per cent.

The most recent NPR staff diversity audit, which the broadcaster conducts annually, demonstrated that source representation had actually gotten worse.

Having the data to back findings like these, year over year, represents opportunities for accountability – ones that newsrooms in Canada lack, or resist.

“Numbers don’t tell the whole story, of course, but they offer one way to keep NPR’s progress (or lack of significant progress in recent years) front and center,” wrote Elizabeth Jensen, NPR public editor, in 2018.

Here’s the thing: It’s hard to solve a problem we can’t quite see. This is why we believe self-reporting on staffing in the media industry is necessary. As a critical first step, it will allow media organizations to examine their staffing and use those metrics as a quantitative and qualitative early assessment to address their shortcomings.

Some media organizations already do this. For instance, for the last several decades Canada’s national broadcaster has been publishing information about its staff composition. But the CBC’s insight on its staff is the result of a mandated reporting practice established by the Employment Equity Act and required under law for federally funded government bodies.

Broadcasters, who fall under the purview of the Canadian Radio-television and Telecommunications Commission, also have to file annual reports under said legislation. But news publications — both print and digital — have no such obligations.

With no federal, provincial or local requirements in place, these organizations fail to report on the demographics of their staffing and by doing so fail to consider how their structural reality may impact their ability to accurately respond to matters of public interest.

The established record on press coverage of Indigenous communities, those native to the land we call Canada today, is well documented. In Seeing Red: A History of Natives in Canadian Newspapers, authors Mark Cronlund Anderson and Carmen L. Robertson documented a 100-year history of problematic news coverage of Indigenous people, as well as issues impacting them, in the mainstream media.

NPR, too, was called out for failing to so much as acknowledge Indigenous representation in its audits.

This is unfortunate given the opportunity such work provides for publications to first self-examine, and then start to address the problems of the past (and present) by being more inclusive and representative in story selection, story framing, sourcing and so on.

The good news is that a strong body of work on the importance of self-reporting as a way of starting the journey of self-examination exists. The university at which we teach — Ryerson — has established an annual self-reporting initiative through its office of equity and community inclusion, which is led by Denise O’Neil Green, the vice-president of equity and community inclusion, who has shepherded this process over five years.

Its results reflect gaps in key areas of hiring, such as Indigenous scholars, people with disabilities and racialized people, while also highlighting the gap in representation between staff and faculty and a growing, diverse student body. Reporting on these numbers enables the university to pursue a clear action plan and can lead to better hiring and inclusion practices.

“What gets measured gets done.”

The Canadian Centre for Diversity and Inclusion, a non profit organization which works with educational organizations and industry bodies to help develop self-reporting mechanisms, has published a series of reports examining diversity practices at major Canaidan companies and organizations.

It has looked specifically at the legal and museum sectors, running a self-identification survey with the latter that included 103 Canadian museums. At the core of CCDI’s belief is this fundamental idea: what gets measured gets done.

We agree. Self-reporting is not an end in and of itself. It is a start of a process that should shift the way organizations hire, and therefore, operate.

To help the industry participate in the process, we are using the results of our initial study on the race and gender identity of Canada’s columnists — for which we relied  solely on their own words for identification — to work in partnership with organizations like the Canadian Association of Black Journalists and the Canadian Journalists of Colour and Canadian Association of Journalists to build a tool that will help gather more specific data on our industry.

To that end, we will work with organizations and researchers who are doing this work in other sectors and in other places.

The case for self reporting is simple.

“If we don’t reflect our communities and our changing nation, how can we ever rebuild and keep the trust of our readers?” asks Katrice Hardy, chair of the News Leaders Association’s diversity committee and executive editor, Greenville News. “How can we truly produce fair and balanced journalism without everyone having a seat at the table to offer their insights and perspectives?” 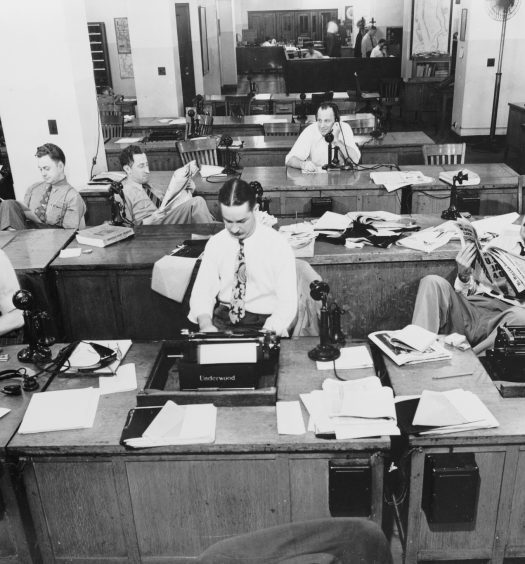 Read More
A case for self-reporting