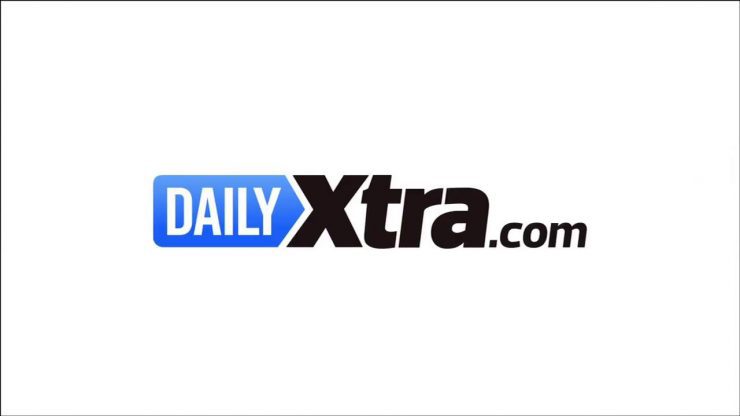 The 31-year-old LGTBQ news organization launched a redesign of its online property, DailyXtra, this week. We spoke to Pink Triangle Press editor and publisher Brandon Matheson about the changes.

Last February, Pink Triangle Press ran the last print editions of Xtra! in its Toronto, Ottawa and Vancouver markets in a move to migrate to digital-only. At the time, the 31-year-old LGTBQ news organization was planning a redesign of its online property, DailyXtra. We spoke to Pink Triangle Press editor and publisher Brandon Matheson about the changes, after it launched this week.

J-Source: Earlier this year, you mentioned DailyXtra’s previous site had belonged to newspapers—what’s different about this one?

Matheson: Yes, in that they were designed with a print product in mind. But what I was trying to convey is there’s a lot of different websites out there. Some are more traditional, news-oriented sites. And others are more visual than some of the traditional newspaper sites.

So we launched the new version this week. I would still say we’re still tinkering with it—it’s in beta stage as we roll out some other features. There are larger main story graphics, larger visuals and photos on all of the stories. It’s less text-heavy than the previous version, with more white space. It’s in keeping with where a lot of website designs are moving.

It’s not that we eliminated the coverage; we weren’t producing as much, so the volume of those topics didn’t merit having a dedicated page. On a natural basis we produce a lot more news and arts and entertainment than other stories. So in some ways we were correcting a mistake.

J-Source: The homepage also has a filtering feature for coverage.

Matheson: The old website did not have a dedicated homepage with every article we produced. You used to come in on what we called the world market—on a news page—and migrate to other markets [for Toronto, Ottawa and Vancouver]. They were kind of like buckets. You could look at what was in the Canada or Vancouver section. And in some cases where stories were of interest to those markets, you’d see a repetition. Now you can select what market content you want to see; it simply rearranges the page.

For example: we know Ottawa readers actually read Ottawa news the most but also read a healthy amount of Toronto and Canada news.

J-Source: Who was the team who worked on it, and for how long?

Matheson: This redesign was more a cleanup—more of a visual redesign. It wasn’t a huge project. It was more of a, “Let’s take DailyXtra, which launched in June 2013, and give it a bit of a freshness.” The back-end and CMS are already done. We started in late November, early December, so it’s only been five or six months.

J-Source: Do you have particular benchmarks for tracking success on this redesign?

Matheson: I would be curious to see if readership of certain types of stories go up. Because we didn’t have a homepage like this before, we didn’t really know the impact it was having on readers. It’s a better step forward for SEO results for the site. These are all things we’ll be exploring compared to what traffic was like before.

I think nowadays, it won’t be out of line to want to refresh your site every one or two years. The thing about websites is that, to my mind, they should always be evolving.

J-Source: Earlier this month DailyXtra issued a notice that it would be closing down its comment sections. What’s the reaction been to this?

Matheson: We haven’t changed editorial policy by closing our comment section. We still believe in a comment section, but we want to explore other avenues and solutions. We eliminated something that was broken. When it boils down to it, it really lost a lot of the good participants and interesting comments over the years. It just reached a stage where it was not as relevant.

The pool of people participating had also really shrunk; there was a lot more vitriol, nastiness and comments that were straying or had nothing to do with the stories themselves.

There are a few readers who aren’t happy, but we’ve also had a lot of feedback who are happy. Because they’d seen that the quality was not there.

J-Source: Would you reintroduce a new version in the future? Would it be moderated?

Matheson: Rather than letting it sit there as it is now till the new solution was found, we eliminated the section.

But we’re going to continue to explore the options. We don’t have plan to bring them back. But what other types of forms or systems might be available? There’s third-party options like Disqus, or you can build something new.