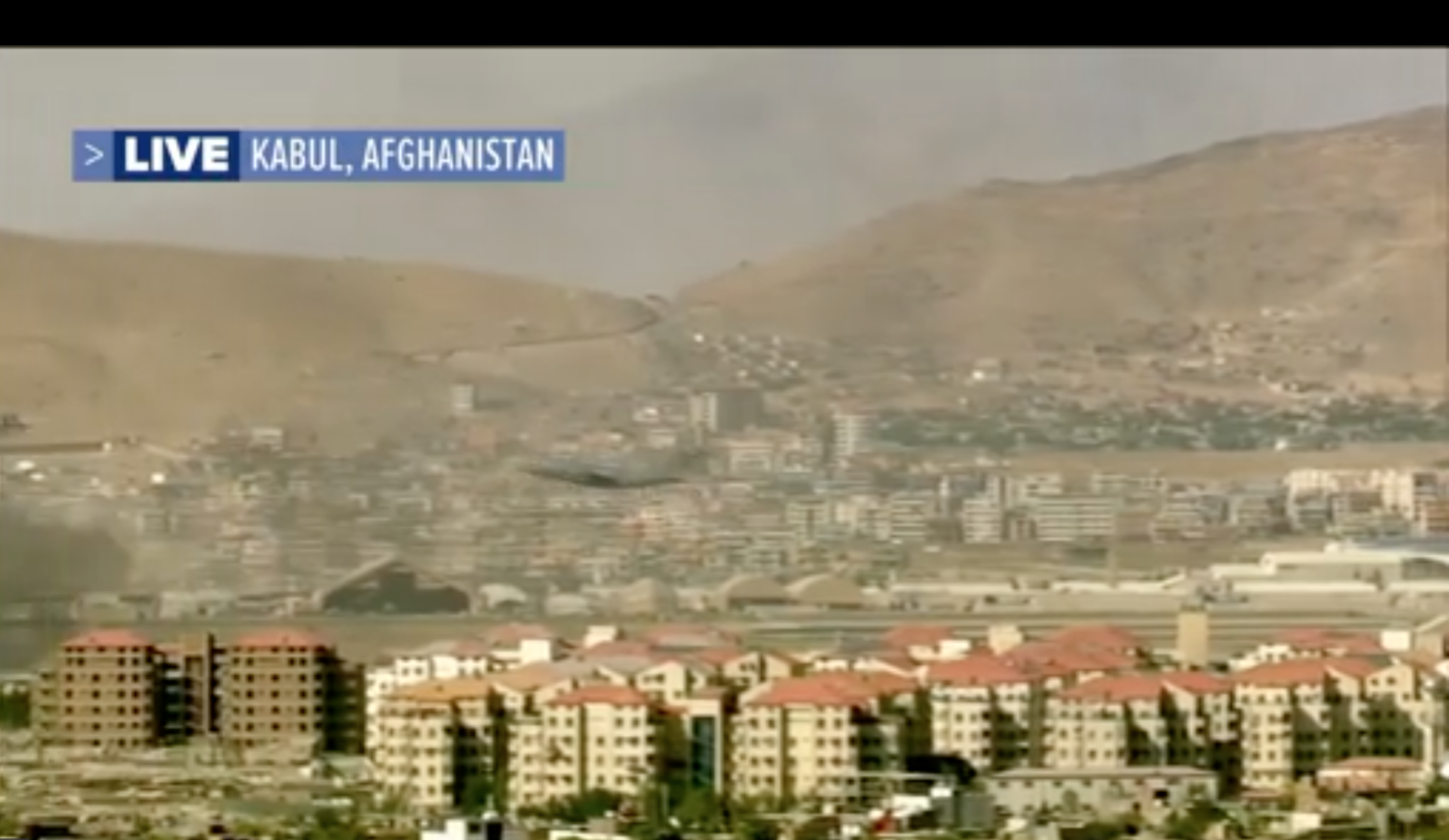 In the wake of U.S. withdrawal, media continue repeating the mistakes used to justify a 20-year-old invasion

Do the Taliban represent Islam?

What would you do if the Taliban came knocking on your door tomorrow morning?

Journalism rarely — if ever — looks its best when news breaks. That’s the nature of breaking news: It’s messy, complicated and confusing. But that doesn’t excuse editors and reporters from producing sensational, optics-driven journalism that reinforces distorted narratives of Islam, U.S. foreign policy and puts people’s lives, both in Afghanistan and here at home, at risk. Have newsrooms not learned anything from the coverage of 9/11?

As journalists, we often see how the “real” or root issue is what tends to get lost most quickly in news coverage of global conflicts. We also know that the language and narratives we choose to frame news stories shape both public opinion and the policy-making process. Throw social media into the mix — and the dizzying power it holds in shaping these perceptions — and it becomes more critical than ever to produce trope-free news stories that reflect context and nuance.

For instance, instead of merely reporting that a U.S. army plane took off with desperate Afghans clinging on, are we asking why the plane left in the first place? Are editors ensuring their reporters are questioning if and how corrupt diplomats from all sides will be held to account? Are Canadian reporters interrogating U.S. President Joe Biden’s claim that “American troops cannot and should not be fighting in a war and dying in a war that Afghan forces are not willing to fight for themselves?”

Are opinion editors seeking out critical perspectives from recognized experts with lived experience of Afghanistan — as opposed to those from correspondents who reported from there 20 years ago or who have no connection to the region whatsoever?

Are we using this moment to highlight the criminal excesses of the NATO invasion of Afghanistan and the toll it took on the people of Afghanistan — or are we inadvertently collectively erasing 20 years of history to rewrite the narrative to make it look like the U.S. and Canada were restrained saviours? It’s been difficult to find a meaningful backgrounder from mainstream Canadian news outlets that reflected on Canada’s role in Afghanistan.

Analysis from independent Canadian outlets did better on this front, including Robert Hiltz’s Revisiting the day Canada’s MP’s cheered on war in Afghanistan on Passage and Tyler Shipley’s analysis Canada hasn’t reckoned with its bloody legacy in Afghanistan from the Breach.

Journalists covering international news conflicts should also consider whether we’re asking the right questions to the right people. How often do we flock to analysts to explain historical contexts of conflicts instead of the policymakers who implement them?

Fatima Ayub, a director for advocacy organization Crisis Action in Washington, D.C, put some perspective on journalists’ behaviour when she tweeted last week: “Journalist friends: please don’t ask me to explain the failure of Afghanistan to you. Go and ask every NATO leader, defense secretary and foreign minister since 2001. Ask every parliamentarian who authorized war funds. Let’s have some accounting, for once.”

In a tweet last Sunday, the day Taliban insurgents entered Kabul, MSNBC’s chief foreign correspondent, Richard Engel, posted a photo of desperate Afghans in the visa processing centre, and wrote: “Kabul this morning. Afghans crowding a visa processing center, trying to get visas to the United States. Stories of desperation. Many came up to me crying.” The photo also depicted a computer screen and a document with an applicant’s face.

Of course, the image itself was newsworthy. Photographs like these help the world see and understand the trauma and desperation that journalists witness. But why weren’t the faces of these Afghans blurred? In the rush to post an iconic photograph, did Engel or his editors pause to think about the risks that come with publishing this image?

“Publicizing photographs of people’s faces as they struggled to get out of Kabul and go to the U.S. put these people in danger as the Taliban come to power and may punish people they consider to be ideologically hostile,” notes Shabana Mir, an anthropology professor at the American Islamic College, who added her voice to the chorus of worried Twitter users responding to Engel’s post.

“Why post a picture without blurring the faces?” another user tweeted. “Aren’t those people in even more danger now that you put them on Twitter to be recognized? Please show some ethical professionalism, this doesn’t magically vanish the moment you put your foot on a non-Western country.”

The double standards Western journalists demonstrate when photographing people outside of their own turf also often extends to the way they’re depicted in news reports — and it’s a pattern that racialized journalists and academics have become all too accustomed to seeing with coverage of global conflicts.

“The media coverage has mostly oscillated between being wilfully insensitive to deliberately simplistic … anything that can protect the Western lens from feeling dirty and smudged,” observes Saba Eitizaz, a journalist and podcast host with the Toronto Star. “How many anchors have we seen re-traumatizing Afghan women by asking them the tautologous question ‘What will you do if you hear a knock at the door?’ How exactly do you expect them to answer that?

“Does the trauma informed reporting Western journalists are trained to do not apply to reporters when they’re covering the global south? You’re just adding to their terror.”

In a Facebook post last week, Ghaffour-Siddiqui described watching a BBC news reporter ask an Afghan school principal what she would do if the Taliban knock on her door in the morning.

The woman’s response was “I will pray.”

“Why are we asking this incredibly articulate and brave woman — who could have provided a lot more insight into the politics on the ground — to instead uncomfortably perform her fear and faith … and display her trauma for media appetite? (not an uncommon expectation from women in media),” Ghaffour-Siddiqui asked in her post.

“Instead of the focus being her emotions and the fact that she might die tomorrow, why not ask her how she felt about the U.S. military withdrawal? Or whether she see’s advancements in education for women over the years?

While the Dart Center Style Guide for Trauma-Informed Journalism doesn’t have a deeply global lens on trauma coverage, it does give direction on ethics of coverage in situations that might result in harming the persons who are being interviewed and covered.

The questions not being asked

Canadian reporters and editors need to ensure they’re interrogating their own politicians when reporting on initiatives that purport to help alleviate the situation.

How many political reporters, for example, scrutinized the selected group of Afghans identified as high-priority groups to resettle in Canada?

When Ottawa announced on Aug. 13 that certain groups would be given preference as part of a program to resettle 20,000 Afghan’s — among others, families of interpreters who already have immigrated, women leaders and members of minorities targeted by the Taliban and journalists — why were “hundreds of persecuted Afghan Sikhs and Hindus” referenced, but not the Hazara Shia community, who are estimated to make up as much as 25 per cent of the country’s population and who have been systematically massacred by the Taliban over the last two decades?

How many also cross-checked ministers’ claims of working on the resettlement program in partnership with domestic partners? While reporting on a feature on the Hazara community earlier this week, one community leader I spoke to told me his humanitarian organization had never been consulted, despite being the largest in Canada.

Reporters and op-ed editors alike also need to proactively seek out diverse perspectives on diplomatic moves, even (especially!) those that appear to signal “Band-Aid solutions.”

“Offering refuge to Afghans is a very short term, very virtue signaling type of approach,” Ghaffour-Siddiqui says. “Clearly people are in dire need, and we need to help them. But it’s a Band-Aid solution. The real issue is the Canadian government’s influence in that region, and its interference for decades, post 9/11 … it’s that interference that has led to the instability.”

The absence of critical, nuanced reporting during a moment like this has real consequences, especially for visible Canadian Muslims back home. We already know Canada is plagued with far-right groups whose ideology attracts killers that have shot or mowed down Muslims in broad daylight. We also know that right-wing politicians in Europe and the United States that inspire those groups are going to leverage the on-going instability in Afghanistan to score points with their anti-immigrant supporters.

So how do narratives that continue to perpetuate the “barbarism” of brown people in far off lands, or a “civil war” between “dysfunctional” and “uncivilized” groups and regions constitute responsible, informed journalism?

And how do live television panels that debate whether the Taliban represent Islam reflect an industry that has grown from the ugly post 9/11 climate where Muslims and Sikhs in North America were continously targeted?

The fact that these conversations still exist today is indicative of the bigotry and tropes that still surround us — the same tropes that were used to justify invading Afghanistan 20 years ago.

Editor’s note, Aug. 27, 2021, 6:05 p.m. ET: A previous version of this post incorrectly attributed a Passage piece written by Robert Hiltz to Davide Mastracci. We apologize for the error. 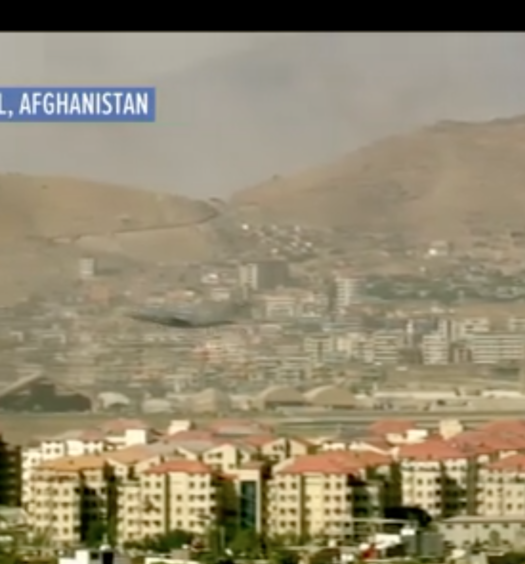 A new wave of Islamophobia is coming — and some journalists covering Afghan...