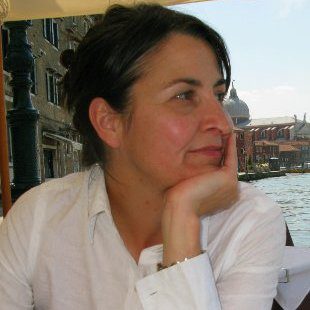 After death of Pamela Cuthbert, colleagues recall a generous person and great writer

Pamela Cuthbert lost her life to a stroke on Mar. 11, leaving a husband and young son as well as a wide circle of extended family, friends and colleagues.

Toronto freelance food journalist Pamela Cuthbert lost her life to a stroke on March 11th, leaving a husband and young son as well as a wide circle of extended family, friends and colleagues, many of whom have posted messages online expressing shock and sadness at her sudden passing.

Cuthbert was an award-winning journalist who wrote for such publications as Maclean’s, the Globe and Mail, Saveur and The Economist. She was a passionate advocate for food sustainability and a volunteer for a variety of sustainability-related NGOs. Cuthbert founded the Slow Food Toronto Convivium in 2002.

Maclean’s managing editor Sarmishta Subramanian worked with Cuthbert on a number of stories over the past six or seven years. She says Cuthbert was a meticulous researcher and a vivid storyeller.

“She had a way of finding poetry in the most unlikely places, and an eye for whimsy that helped define the kinds of food stories we do in Maclean’s,” Subramanian told Story Board this week via email.

“Here’s how she pitched a story about the ecological costs of almonds: There’s ‘a bee bordello in California.’ When everyone else was starting to cotton on to the trend of eating insects, Pamela wanted to do a story about the backlash against ‘industrial insect farming.’ Who could say no? Her painstaking research would turn up amazing details, and she was writing about food or agriculture, but would ultimately tell a rich story of how we live,” said Subramanian.

“I will miss her voice in my pages.”

Toronto writer Jason McBride tweeted about Cuthbert’s passing earlier this week, describing her as a generous and extremely decent person and a great writer. McBride says Cuthbert hired him as a young writer in 2002 and was a supportive and generous editor.

Andrew Clark, a Toronto writer and instructor at Humber College, also tweeted about Cuthbert’s generosity and talent. Clark told Story Board that as well as being an excellent writer, Cuthbert was encouraging of other writers and those just starting out in the business.

“In a field that is generally categorized by envy and back-biting she was a positive and constructive force,” said Clark.

For the past year, Cuthbert was also a regular contributor to Zoomer magazine, writing about foodie destinations around Ontario. An article that she wrote about Creemore, Ontario will be in the next issue of Zoomer, and her story about the Blue Mountain area will run in their fall issue.

This article originally appeared on The Storyboard.