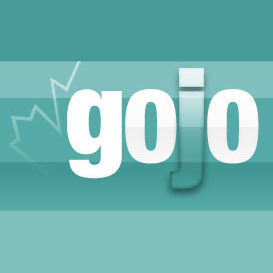 A reflection on the difficulties of journalism startups, from Sun News Network to OpenFile and others.

When boiled down to the basics, the closure of Sun News Network was more about losing a gamble to make money than about its subject matter. Had the mandatory carriage fee been approved by the CRTC, we wouldn’t have been one day crowing about the death of Fox News North and lamenting its demise as a national tragedy for free speech the next. Sun News Network would still have been on the air.

Unfortunately, that didn’t happen, and a couple of hundred TV media employees lost their jobs— the ugly byproduct of a flawed idea.

But for pending media startups, it was very instructive.

I was reminded of that when we stopped paying our monthly hosting fee for GoJournalism.ca two months ago. Click there now, and you’ll see a short message: “This site is no longer in operation.” Launched in 2010 after nearly two years in development, and based on the-then successful spot.us site conceived by David Cohn in San Francisco, it was a non-profit venture with a simple goal: to pay journalists through crowd-funding a fair price for good journalism that the mainstream would not have the resources or motivation to complete. It was borne out of another gamble—more of a hedge—against the contraction of a steadily declining volume of important and lively stories in newspapers.

Every dime raised went into the pockets of the people developing the stories. My employer, Algonquin College, facilitated and underwrote the libel coverage for the site, and thanks to $25,000 in funding from two levels of government in 2009, we set out with hopes that both journalists and donors would help journalism, well, go. As the sole employee (we worked hard to keep overhead down), I didn’t collect pay for directing the site, but the college provided me with two hours a week to administer it.

Shortly after we got things up, OpenFile launched. In fact, CBC Ottawa Morning interviewed its Ottawa editor, Nick Taylor-Vaisey, and I together, with the theme of the show being community-powered/funded reporting. It, too, was a site intended to pay journalists fair money for good journalism. OpenFile’s was a for-profit model, founded by Wilf Dinnick. GoJournalism, in fact, worked for a time with OpenFile Ottawa, to get stories published in Ottawa newspapers and on OpenFile’s own site.

GoJournalism’s goal was to co-fund stories with donors that were pitched by freelancers, with at least half of the fee coming from a mainstream newspaper and the other from community donors, theoretically helping the newspaper’s freelance budget go further.

The initial reception was positive, but we soon saw that freelancers were suspicious of displaying their pitches on the site, which they felt others would steal.

Technical glitches in our first year of operations caused donors to balk. There were not a lot of Ruby developers in Ottawa at the time, and upgrades to the site would not come cheap. As we struggled to overcome these problems, enthusiasm for the site declined. Fewer and fewer people, even students, wanted to earn money through the GoJournalism model.

I’ve known for a long time that hopes, dreams and good intentions are not enough to create a successful product. The demand and the energy from those who would make the site viable just dissipated. The last tweet that appeared on OpenFile’s site is dated Sept. 28, 2012, followed by bad publicity from freelancers being owed money for past commissions. And of course, we just quietly closed GoJo, the latest to join the father site of all crowd-funded journalism, spot.us, on whose model we built GoJournalism. Then there are the big, lavish undertakings such as Patch.com, Digital First Media and, of course, Sun News Network, on a growing pile of start-up failures.

Fortunately for us at GoJournalism, nobody lost a job; nothing ventured, nothing gained. The $25,000 in government funds was, I’d argue, money well spent and leveraged donor dollars during our four-year run to co-fund and publish stories that would not have seen the light of day otherwise. You could say we were one of the only non-profit failures that ended its days in the black and without bankruptcy proceedings.

Now, with better, more robust undertakings such as Kickstarter, crowd-sourced journalism is continuing, though still not yet thriving from what I can see. I hope Canadaland’s Jesse Brown succeeds.

I don’t regret or lament what we did at GoJournalism, as I’m sure the good people who lost their jobs at Sun News Network do not. We all believed in what we did, and, as in my case, learned a great deal about what it takes to start—and maintain—a startup.

But that’s not enough, and is unlikely to ever be enough, to ensure good journalism remains alive and well and practised among us.