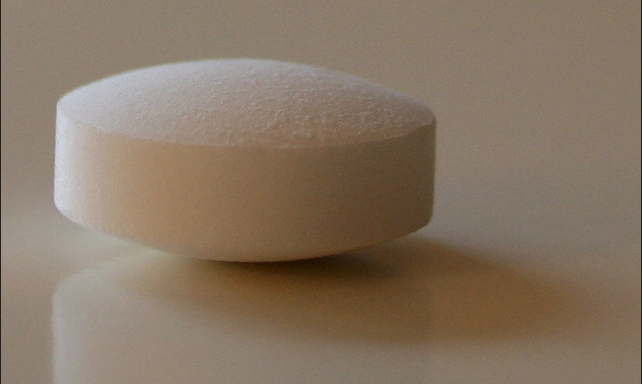 With explanatory policy reporting and detailed scene recreation, this 2013 Maisonneuve feature provides a glimpse into the world of prescription drug abuse in Canada.

OxyContin has long been a household name for my family. After years of suffering with kidney stones and unable to find relief from chronic pain, my late-forties father found refuge in those magic little pills six years ago. “I can sleep at night!” he would proudly announce to the family after his first dose. “These things must be made of angel dust.”

Built like an ox, my father has a high tolerance for pain and the drugs that treat it. During his first kidney stone attack, he poured and finished a deck of concrete and drove himself home through traffic. When my mother, days later, convinced him to go to the emergency room, nurses were amazed that morphine couldn’t relieve him. We never feared addiction when he was prescribed Oxy. He was strong, 200 pounds of muscle and resilient. It never occurred to me that people in Ontario were addicted to, abusing and overdosing on Oxy—the same pills my father was using to cope every night.

In the Spring 2013 issue of Maisonneuve, Ann Silversides provides a glimpse into this world of prescription drug abuse in Canada. In what became a major wake-up call for me, “First do No Harm” covers the inquest into the deaths of two Ontario Oxy addicts. In 2008, she notes, “a prescription narcotic-related death occurred almost every day in Ontario.” These people were just like my father. Perhaps his angel dust wasn’t so heavenly.

With its detailed use of reconstruction, concision of jargon and questioning of systemic corruption, “First Do No Harm” is literary journalism done right—and also a story that hits close to home.

“First Do No Harm” is structured to recount the demise of both 19-year-old Dustin King, his maternal figure, Donna Bertrand, and the investigation following their deaths. Silversides wrote and published the story many years after these events, so she relied heavily on the use of reconstruction and did so with great detail.

Silversides dedicates the first half of the story to the unravelling of King and Bertrand’s lives. Using police and autopsy reports and interviews, she manages not only to cover the five Ws but also to place the reader at the scene of these two deaths: a small, drug-ridden apartment complex in Brockville, Ont. Details—such as how to crush an Oxy pill with an ashtray, stains of white froth on the couch where the two died, the positions they died in—create verisimilitude. Silversides doesn’t tell; she shows. And in a story that runs the risk of reading more like a police sketch than a literary feature, Silversides succeeds in creating a reality through the reconstruction of these two jarring deaths.

But what is most startling was my mind’s ability to place my father on that stained couch, his body stiff and blue. Her words are formidable, her characters replaceable by the near 400 others who die at the hands of Oxy every year in Ontario. In a word, the reconstructions are an awakening.

The second half of the story examines the legal and medical issues of prescription pill addiction. Silversides, who wrote the piece while a participant in the Literary Journalism program at the Banff Centre, specializes in health-care policy, particularly prescription painkiller issues. She is especially adept in translating both legalese and medical jargon into easy-to-grasp language the reader can appreciate.

This aptitude shines in her section about questioning at the inquisition of King and Bertrand’s deaths, in which she creates a scene to describe the process of legal “standing.” As opposed to defining the position within parentheses (as many journalists covering courtroom dramas often do) or assuming the reader will already know of the position, she sets a scene. She describes how those with a particular interest in the inquisition sit near the front of the courtroom and have the right to interject with questions for witnesses. As the section concludes, she also includes dialogue from those with standing.

What stands out most about Silversides’s story is not her literary flair, but her critical stance against what she deems a snag in the Canadian health-care system. She notes: “The crisis [is] iatrogenic—that is, fostered by the health-care system itself.” Silversides is calling for a reversal of the policy that has allowed for Canadians to die using drugs casually prescribed by doctors and pharmacists.

Silversides has no shortage of targets for blame. The piece is ironically named after the Hippocratic Oath—a promise that doctors take to put patient welfare first. It condemns the now-disgraced Alan Redekopp, Bertrand’s family doctor, for his reckless handouts of Oxy amidst mounting evidence of Bertrand’s substance-use problems. It questions why Health Canada has continued to, in Silversides words, fund a pharmacopoeia to treat patients like Bertrand, despite a growing number of prescription-pill deaths in the country. And it criticizes an inquisition where changes have yet to materialize.

“First Do No Harm” is a much-needed hit to the health-care system. It is a reminder that, perhaps without his tolerance, my father could have been the next death or reason for investigation. It is a wake-up call: to the system, to me. For every night my father sleeps using Oxy, someone else in Ontario dies using the drug.

Great works of journalism seek change in unusual, imaginative ways. A piece I often look to for perspective, “First Do No Harm” is a nine-page blueprint for aspiring literary journalists—an appeal for systemic change, a tale of loss and a spin on the way we view addiction, abuse and those little angel dust pills.

Erica Lenti’s work has appeared in This Magazine, Xtra! and The Grid. She is 2014–15 editor of the Ryerson Review of Journalism.