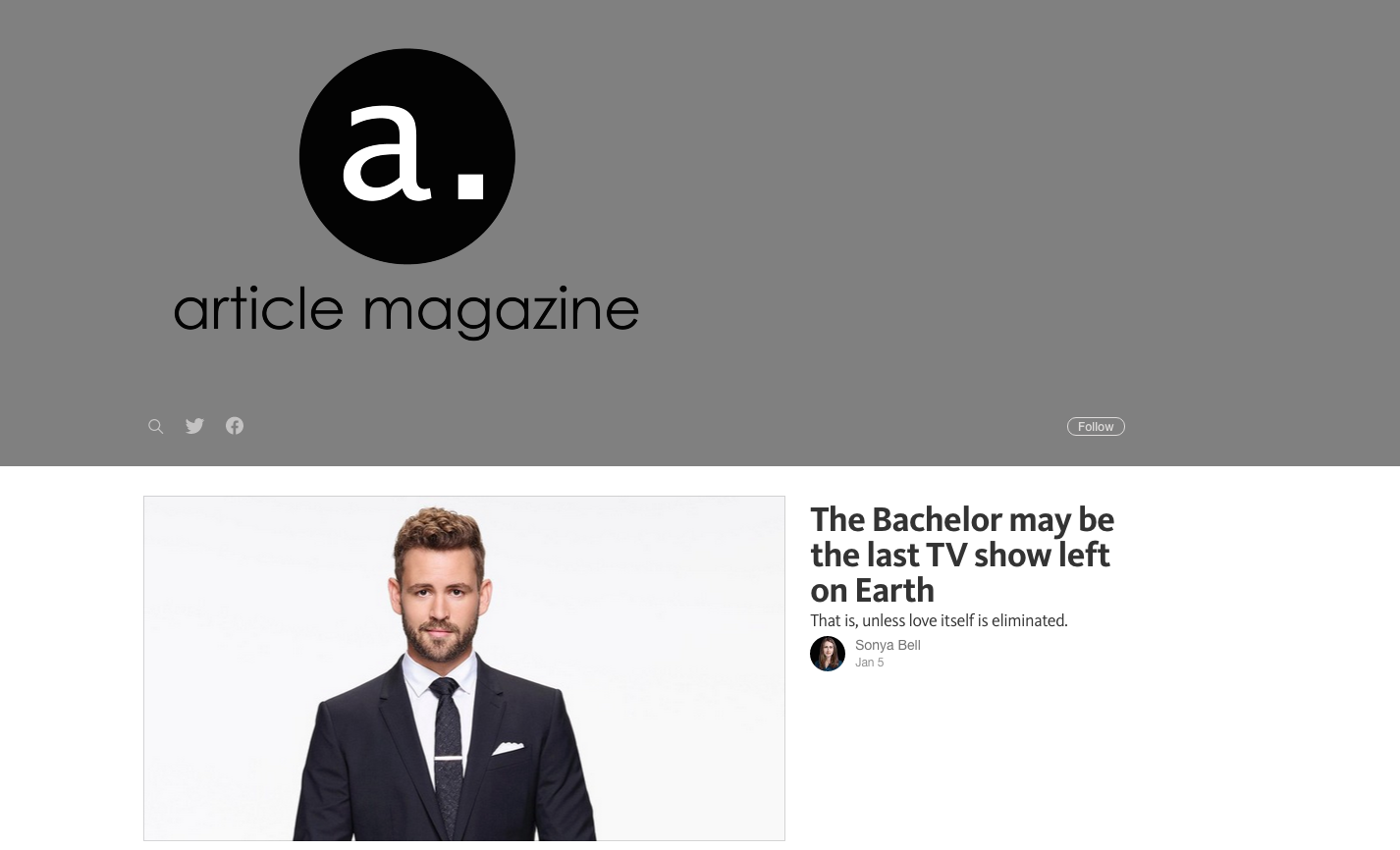 Founder says he wants to slow things down with more considered pieces.

The Toronto-based writer was ready to “slow things down a bit,” he told J-Source. Horgan said he wanted to “not react to tweets or not react to the instantaneous information and instead try to have longer, more considered, thoughtful pieces less frequently, which would give people time to read them and time to digest what is going on.”

The result is Article Magazine, a Patreon-funded site that publishes once a week on Medium, a blogging platform  launched in late 2015. Patrons also get a weekly newsletter with an extra column from Horgan and more content.

The stories run the gamut from reporting in the “post-truth era” to the longevity of The Bachelor. Everything posted so far clocks in at about a six- to seven-minute read, according to Medium’s calculations.

A new piece every Friday. This week, @cfhorgan looks at how political journalism can work in a post-truth world: https://t.co/Y7hshatbCl

Horgan turned to Medium as a platform out of practicality—he said he essentially has no startup costs.

But he’s not alone in using it. The Montreal Gazette experimented with Medium last year and some websites, like The Ringer, The Awl and Film School Rejects, have fully transitioned to the platform. In a 2013 piece in The Atlantic, Alexis Madrigal noted that Medium differentiates itself from other blogging platforms as “a place to be seen.” Despite recent layoffs and concerns about the future of the company, it seems to have become the platform journalists and tech people are drawn too.

Among the writers featured on the site are David Berry and Kate Heartfield, both past Postmedia employees. Horgan said he didn’t think of Canada’s shrinking journalism market as an opportunity, but he was aware that there are a lot more writers with a bit more time on their hands.

So far, Horgan has raised $292 a month using Patreon. “I think for now what I really hope is to consistently put out good stuff every week and build an audience,” he said.