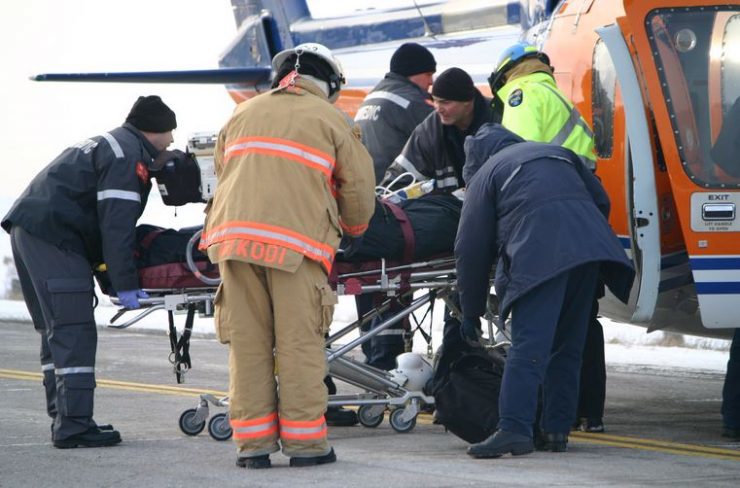 A J-Source reader asked for advice covering police, fire and other emergency-related stories. Hugo Rodrigues, the CAJ president, shares his advice for following the story after it hits your scanners.

@JSource #AskMentor What advice do you have for j-students that are covering emergency situations (police, fire, EMS etc.)?

Hugo Rodrigues is the president of the Canadian Association of Journalists and is also the managing editor of the Standard-Freeholder in Cornwall, Ont. His first full-time job as a journalist included covering the police and emergency beat at a small weekly newspaper north of Waterloo, Ont., jumping into action every time a fire or collision blurted out over the newsroom’s scanners.

Covering emergencies can be some of the most exhilarating work a journalist does—there’s plenty going on, with the potential for lots of powerful visuals and quotes, all potentially fuelled by the adrenaline of being in the middle of it all. As a journalist, working in the middle of these scenarios can be vastly different in a large urban centre versus a smaller community.

As a journalist, you are normally permitted no more access to a scene than any other disinterested member of the general public. That said, anything you can observe from public property (streets, sidewalks, public parks) is fair game. You can also try getting friendly with the neighbours. If they consent to allowing you on their property, you can collect material from there as well.

While the incident is underway there is an emergency responder who has overall control of the area. This person (usually a police officer, but some times a firefighter or paramedic supervisor) is responsible for the continued safety of all those who have access to the area, including journalists and any other interested members of the public.

Depending on the nature of the incident and that service’s relationship with media, they may not allow any journalists access beyond the perimeter set up to keep out all but those emergency responders involved in dealing with the situation.

Larger and/or urban police services tend to have media or community relations officers who you can contact and may be able to grant you access to the scene or get you information. If not, the ranking person on the scene (for example, a police sergeant or a fire captain or district chief) is the most appropriate person to speak with and negotiate your access. You have nothing to lose in identifying yourself and politely asking if you could get past any barricades to get closer.

It’s important to remember the people affected by the incident are human and our ethical best practices would compel us as journalists to portray them with a level of respect and dignity. Just because you shoot it or put it in your notebook, doesn’t mean you need to use it or share it with your audience. “If it bleeds it leads” is still a valid turn of phrase, but a responsible journalist learns where the line lies between sharing necessary information to understand the story and glorifying or sensationalizing tragedy.

We don’t want our coverage to take advantage of those who were just in the wrong place at the wrong time. This is one thing we consider as journalists that may not be top of mind for your average smartphone-carrying online socialite.

Remember to be professional—you are doing your job, capturing and recording what’s happening for the benefit and information of your audience. Emergency responders are doing their jobs, tending to the scenario and any people it’s affected. If you don’t interfere with their work and you respect the space they need to get their jobs done, they generally won’t object to your presence and what you need to do to get your job done.

Lastly, have a support system in place for when you’re done work on one of those days where you’ve covered an incident. Many journalists are witnesses to tragedies the average person would never experience in a lifetime. Many can remember—often not fondly—the first time they covered a situation where they witnessed the results of a fatal incident. We’re only human and it’s important to realize these things leave a mark on us too.