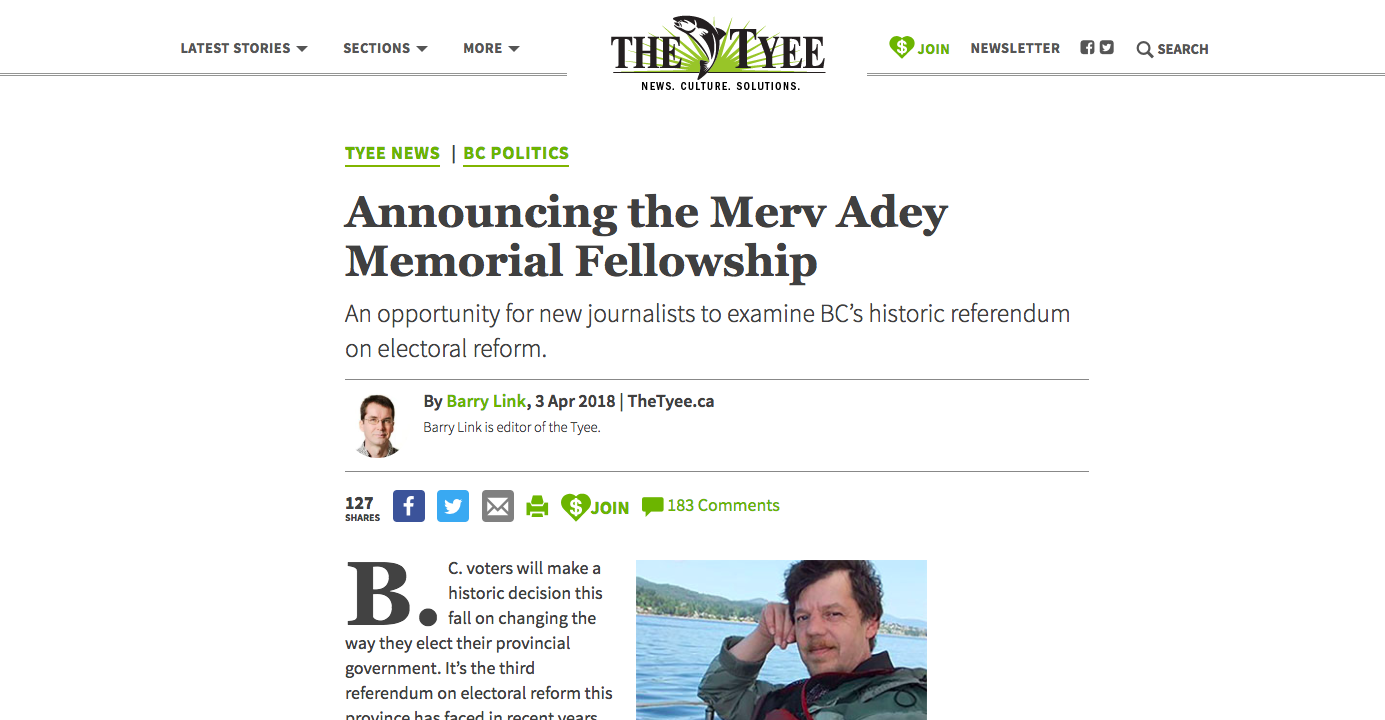 The Merv Adey Fellowship, to be hosted by The Tyee, honours the legacy of the founder of BCVeritas.com and frequent Tyee commenter.

Last year British Columbia lost one of its most prominent independent writers on provincial politics, but thanks to a fund established in his name, it may soon gain a new one.

The Merv Adey Fellowship will fund a multi-part series looking at different potential voting systems in advance of BC’s upcoming referendum on adopting proportional representation. It is designated for a recent journalism school attendee beginning their career.The pieces will be published in Vancouver-based alternative news site The Tyee.

A resident of southern Vancouver Island for most of his life, Adey ran the political and media watchdog site BCVeritas.com. He was known and respected widely enough that when he died in August 2017, soon after announcing he had cancer, he was mourned publicly not only by his fellow provincial politics bloggers and forum commenters, but also by the province’s premier.

Saddened to hear of the passing of @MervAdey, who was so active in #bcpoli. My condolences to his friends and family, he will be missed.

One of those fellow bloggers, Norman Farrell of In-sights.ca, led the project of recognizing Adey’s legacy through a journalism fund and put a call out to his readers asking for donations to it.

“After Merv’s sudden death I think a number of us were in shock,” said Farrell, “and I think we got the idea that it would be a good way to try and create some lasting legacy of his work.

We didn’t have specific idea but knew it would be about encouraging young journalists.”

Adey often wrote about media and criticized corporate interests’ connections to mainstream media, so the fellowship is intended to both boost a new journalist in a shrinking job market and to provide an uncompromised funding environment for them to pursue their work in.

UBC Biology professor Cal Roskelley, another active commenter, joined Farrell to plan out the fund and audit its fund’s finances to ensure they were all used correctly. With approval from Adey’s family, the organizers collected funding from their readers and looked for a venue to publish the project. They connected with Paul Willcocks, a former Victoria Times-Colonist newspaper publisher and writer now working at the Tyee. Willcocks brokered an arrangement where the Tyee would provide newsroom space, mentorship, and a platform for the finished result.

A committee of Tyee staff and representatives of the family and funders will award the $3,000 fellowship.

The Tyee is known for funding its journalism through a variety of sources including readers and outside funders. The publication’s baseline is held up mostly by funding from philanthropic investors plus advertising revenue. Reader funding comes through Builders (subscribers) and project-specific funding drives called Fellowships. The site also hosts public discussion events and master class seminars where its staff members teach others their skills.

Interim editor-in-chief Barry Link frames these avenues as not just revenue streams to keep the stories coming, but ways to further involve the community in the site’s journalism.

“The Tyee I think really works harder than most to engage its readers and form a relationship with them“…to provide stories that they want. And if that results in a greater funding relationship, then that’s gravy basically,” he said.

Merv Adey was one of those readers, and an active commenter on The Tyee’s stories.

“For me, it’s hard to imagine the Tyee without the comment section,” Link said.

“We have a small staff, so it’s not the easiest a task to moderate, particularly now when I think all sites are vulnerable to trolls and to bots.”

But Link believes investing the time to provide a healthy forum for concerned citizens is worth it, especially because many of the users are investing their money in the Tyee’s work.

Farrell hopes the Merv Adey Fellowship can continue again next year, and there is some leftover money set aside to jumpstart a 2019 instalment. 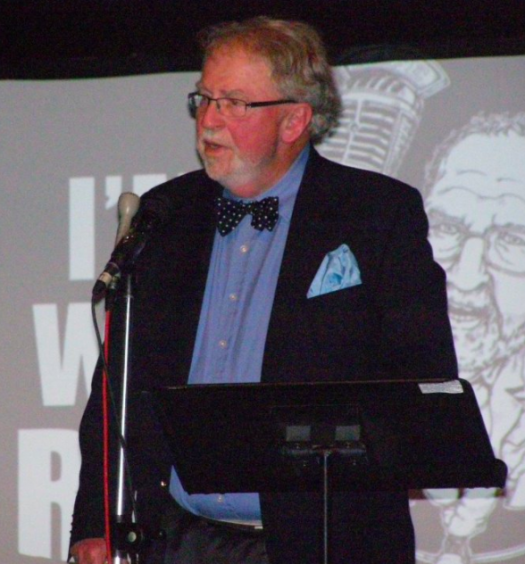 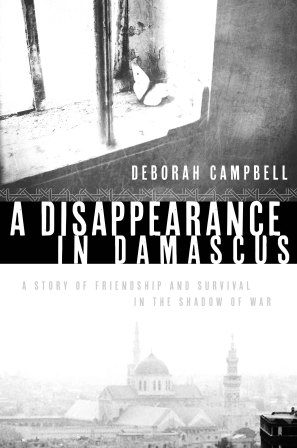