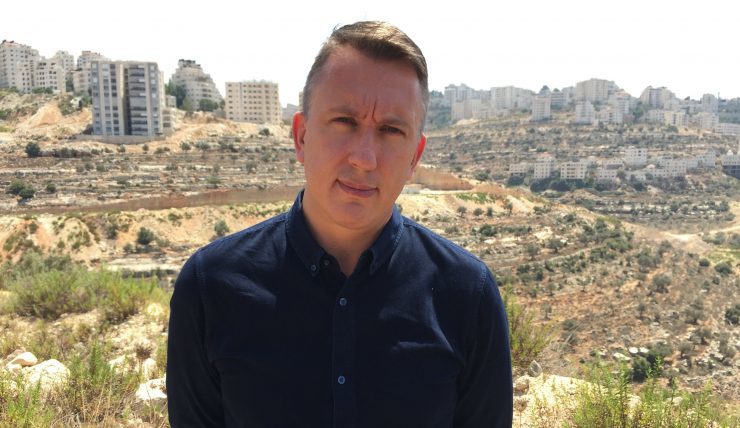 Before delivering the James M. Minifie Lecture on Oct. 6, Derek Stoffel met with University of Regina School of Journalism students, advising them that a strong work ethic and willingness to take employment risks are keys to a successful journalism career.

“We have technology, but it doesn’t mean we have to sit in our offices and be lazy,” he said. Only by getting out and talking to people can you find stories worth telling.

“For me, it’s the people. Stories about war are about people living through war,” he said.

Stoffel recalled his first journalism school assignment was to walk around downtown Regina and talk to people (a tradition that continues to this day). The experience stuck with him as the best way to find stories.

Stoffel said his international career began by taking a chance and heading to London to freelance.

This approach means giving up the comfort of a nine-to-five job, but it’s a way for new journalists to gain international contacts and prove that they are capable of covering international events, he advised.

Being an international correspondent gives him freedom to travel outside the office and seek out his own stories, which he pitches to an assignment editor. If a journalist works hard at developing regional expertise, it becomes easier to convince assignment editors to accept story ideas that are outside the box, he said.

Studying at the U of R j-school is a good start for budding journalists, Stoffel said. “This is the best journalism school in Canada,” he said, admitting, however , that as an alumnus he may be biased.