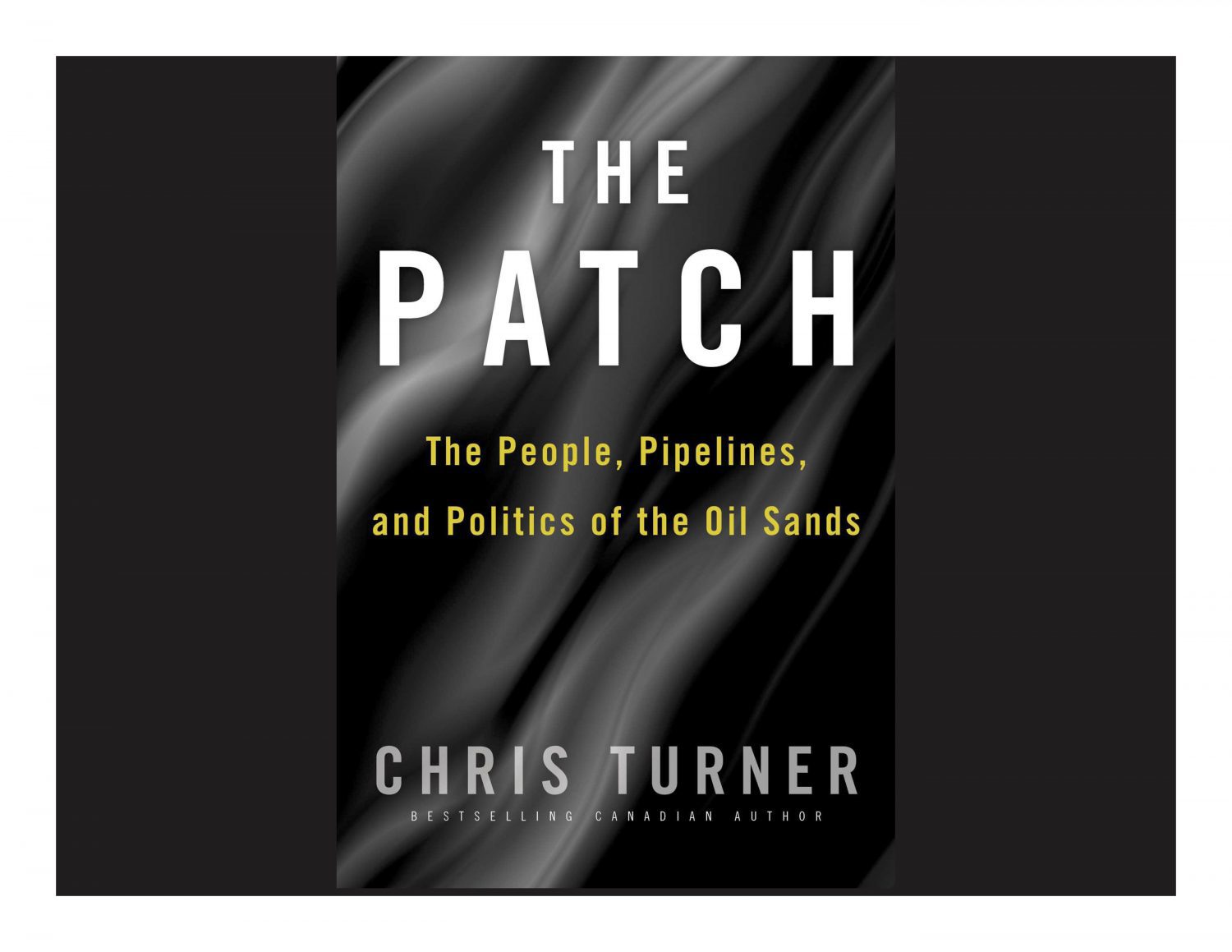 Turner explains how he reported his far reaching book on the the Patch.

How much do you really know about Canada’s oil sands?

Perhaps not as much as you think. While there is plenty of debate about the role they play in Canada’s — and the world’s — economy and politics, there are many stories that have gone untold about the Patch and the thousands of people who work and live in the vicinity.

Chris Turner’s new book The Patch aims to paint a clearer and more nuanced picture of the role the oil sands play in Canada. The book shows the wide reaching economic impacts of the Patch, while not pulling punches about the impact it has had on local communities.

Turner spoke to J-Source about why he wanted to tell this story, and dispel some of our notions about the oil sands. This interview has been edited and condensed for clarity.

J-Source: When I was reading the book I realized really quickly I actually know way less about the Patch then I thought I did. Was that the impetus in writing the book — providing more information and more clarity about what actually happens in Fort McMurray?

Chris Turner: The initial thought was, here is this pretty substantial piece of the Canadian economy, a huge industrial project in northern Alberta. This thing that people, not just across Canada but internationally, now have very strong opinions about it. Yet the thing itself and where it came from and how it came to be and all that was not a well known story. So part of it was, more light in a very heated debate is a good thing.

From a writer’s point of view, here is a pretty major, largely untold story about Canadian industry and the Canadian economy and climate and energy politics and the rest of it. There was just this big hole where you had these very sharply pitched arguments but not a lot of actual storytelling about the place.

J-Source: Why do you think that is, the lack of storytelling that’s gone on?

C.T.: I think part of that was is that it became a flashpoint and a thing that people had strong opinions about before it had really had time to reveal itself, if that makes sense. If it had been a thing that business journalists had been reporting on for years and then all of a sudden became this controversial thing, that would be one thing but it was becoming controversy even as it was in that first phase of explosive growth. So in a sense, like everything else, the storytelling hadn’t caught up with the reality of the thing yet. I think part of it too, just from a practical point of view, Fort McMurray is pretty remote. It’s not a place that a lot of big media would send people too.

If it wasn’t just straight business reporting, it tended to be these snapshots of a boom town kind of thing.

J-Source: You talked about — I think it was GQ — they sent a reporter and (the story) came across as Fort McMurray was this very seedy boomtown, which really doesn’t seem to be the case at all.

C.T.: I wouldn’t say the case at all. It was British GQ specifically — a deeply loathed article in Fort McMurray. People talk about it. It’s not that the things that it was describing weren’t true — the things they were describing was like, a three block stretch of downtown. It’s not the reality of the vast majority of people who live there.

If what you’ve heard is that it’s the worst environmental disaster on earth and then to accompany that is a scene report that makes it seem like hell on earth to live in — sort of wild and too much money. Presumably those were real sources telling their actual stories. But the stories of quiet families are actually much more numerous than the stories of the guys doing coke in the bathrooms on Franklin Avenue.

J-Source: Going back to that perception of Fort McMurray — in the end of the book you talked a little bit about how you didn’t want to go into this thinking of the oil sands being like Mordor or the moon. As you were reporting the book, how did you check those perceptions that you might have ingrained?

C.T.: I intentionally spent the night at Grand Coulee Dam and spent a couple of days on Refinery Road down in Port Arthur, Texas, in part to get a sense of this is what it feels like to be in close proximity to large scale energy production. That way, when you see an oil sand site, it’s not the first really large thing you’ve seen like that.

Everyone has seen the images of the open pit mines and the oil sands. People in the industry, will say, “that’s what open pit mines look like. We didn’t invent those for bitumen mining. Copper mining isn’t pretty either.” I think I wanted to try and not to forgive the industry its excesses or anything like that, but try and take it on its own terms. This is what very large industrial projects look like.

There remains this perception that there is a unique craziness to the scale and depth of destruction being wreaked in the forest of northern Alberta. I don’t think it forgives any of the genuine damage that is being done. To at least put that in proper perspective and say, you know, an advanced industrial economy does things like this as a matter of course.

J-Source: I realized I didn’t know so much about the offshoot industries that were created. You talk about the Caterpillar trucks — I ended up watching a whole bunch of YouTube videos about how they are made because I wanted to see it.

C.T.: That was actually a significant part of reporting on that. Caterpillar decided they wouldn’t let me into the factory.

It was kind of a common refrain. Just about everyone who I asked for any kind of access was like, yeah, we don’t want to.

J-Source: How did you approach reporting against people that really didn’t want to give you access to whatever sites you were looking into?

C.T.: It was sort of, in a sense, like a giant write around. You can’t talk to employees of the big companies, but you can talk to contractors. You can talk to heavy crane operators and bus drivers on contract to take guys in and out of the site and all that. If I had better site access, that might have been a bigger through line in the book.

It would have been great to follow a heavy haul truck driver through the day and be able to describe that in intimate detail. Since I couldn’t do that, I did things like describe what it’s like to be a bus driver — taking guys in and out of the site all day. I basically looked for other angles on the industry and on the town that would reveal what I wanted to say about who is there and why they are there.

J-Source: How do we do a better job showing the nuances about that industry?

C.T.: The most precious and rare commodity in journalism is having the time to really get to know a thing. I realize that’s not always going (to happen) if you’re a daily press reporter with lots of different things in your pipe.

Pay attention to more than what’s happening that given day. I think of things like for example, Shell Canada announced that they were divesting of a whole bunch of big holdings in the oil sands. In the business press, this kind of got covered as an economic downturn story. In the environmentalist press, if you can call it that, this was covered as, ‘Look at that, tar sands is losing.’ The actual truth of it is that Shell had made some very questionable investments at the height of the second wave of the boom. If you’d talked to like, three investment analysts beyond the obvious, someone probably would have said, “Those were really marginal investments.” It would be good if there was a lot more care taken with basic facts.

Everything kind of otherwise feeds into this winning, losing story. You know, are the greens winning or is the industry winning? That frame doesn’t do the story all that much service. It over-simplifies the narrative — it makes everything seem like there’s only two forces at play in the Patch. I think that’s kind of fundamentally inaccurate.

The one thing I would add is with a subject like this, and maybe it’s uniquely this way, I don’t know, the assumption is that I must have gone in with a take on it: either it was going to justify the side of the argument that says it is the worst environmental disaster on earth or it was going to vindicate the industry and say those greens have it wrong. Given my background, more people would assume I was there to vilify. Part of the lesson for me in that, is had there not been such a strong perception that I must have an agenda, maybe I would have been less careful as a reporter. But it actually made me way more careful to make sure I was not taking any one side as the gospel truth of the place. That’s probably a pretty good lesson for journalists in general. 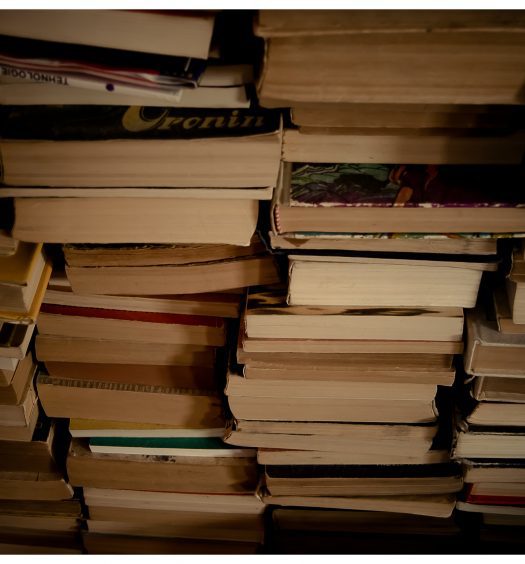 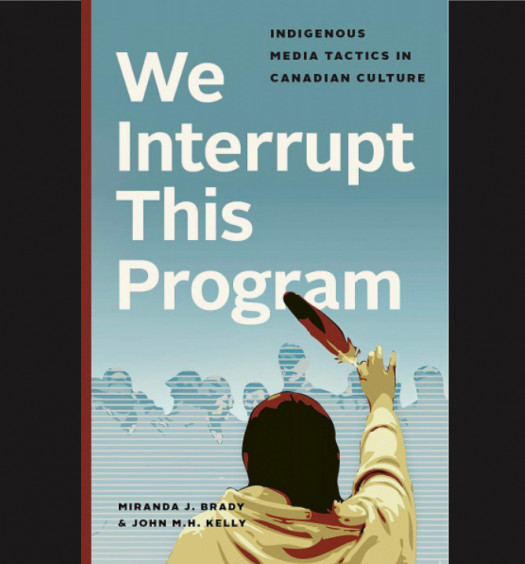