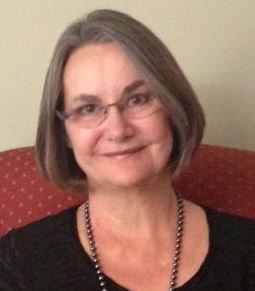 Everything a journalism professor should be: Carleton’s Catherine McKercher retires

After 27 years teaching journalism to undergraduate and graduate students at Carleton University, Catherine McKercher is retiring.

After 27 years teaching journalism to grateful undergraduate and graduate students at Carleton University, Catherine McKercher is retiring. She held her last class on Monday Dec. 9, 2013, and will spend the remainder of this week and next grading papers. Then her work for the university will come to an end. She will be free to read novels, tend to her beloved family and enjoy the privileges of an independent life.

The loss to the School of Journalism and Communication is impossible to measure. She is organized, thoughtful, experienced, imaginative, professional, dedicated and perfectly educated for the teaching tasks of a journalism professor. Chris Waddell, current director of the Carleton school, notes that she has an international reputation. Her colleagues believe she cannot truly be replaced.

Her education includes a degree from Carleton (1974)—it was in political science, not journalism—followed by two years in the trenches as a copy editor with the Canadian Press in Toronto, three as a CP Washington correspondent and four as an assistant city editor at The Whig-Standard in Kingston, Ont. It also includes a Master of Journalism degree from Temple University (1983) and a PhD in the Humanities from Concordia University (2000).

The Canadian Reporter is comprehensive. It provides a solid foundation on which to build journalistic competence, efficiency and thought. But her investigations into technique and teaching stretched beyond the level established in the textbook. In the syllabus for her graduate course in advanced writing and reporting, she stitched literary theory into the bibliography and practicum. The exercises in narrative, for example, include writing fiction. The idea is to give an apprentice journalist the experience of controlling the story, a necessary step to “telling better stories.”  As she said, she tries to push students to the limit. “The novelist creates a world in which the readers are invested emotionally.” A journalist can bring similar ambition to his or her work. The ability “to tell better stories” is a phrase that figures prominently in Catherine’s course outlines and writing.

Mind you, she did not leave her students suspended in the literary air.  She remained uncompromising in the standards of reporting and verification good journalism calls for. In that respect, Catherine is a hard-core traditionalist. The traditionalist showed up on the literary playing field; it showed up as well in the faculty council in discussions of the proper place in the curriculum of new technologies. In a nutshell, Catherine believes that there is no substitute for education in reporting and storytelling—and more broadly, in liberal education—and there is a risk the value for such items will be diminished by energy devoted to “technological catch-up.” She insists she is not a Luddite—she understands and promotes technological innovation—but she worries that the primary tasks of shaping the human voice and making it eloquent will be pushed to the margins.

Catherine is also a scholar. While teaching at Carleton on a full-time basis, she completed Concordia’s doctoral program in the Humanities. It was through such demanding research that she established her reputation as a specialist in media studies—in collaborative work with her husband, Vinny Mosco, and solo work such as Newsworkers Unite: Labor, Convergence and North American Newspapers (2002).

She said this aspect of her life in the academy has made her a better teacher. The methodological foundations of advanced scholarship sharpened the focus of her critical eye.

Waddell paid tribute to her teaching and scholarly achievements and notes that “she embraced the academic side of journalism in acquiring her PhD and has attained a national and international reputation for her work in journalism education.

“Closer to home, she has been a consistent and strong advocate for students and their concerns, a thoughtful and reflective voice around the table in faculty discussions and is obviously held in very high regard by both undergraduates and graduate students who have been fortunate enough to have had her as their professor.”

Her colleague, Mary McGuire said “Catherine McKercher inspired a generation of young journalists at Carleton to be better reporters, writers and thinkers with her solid, professional reporting experience, her inspired and disciplined teaching style and her substantial academic achievements. She was a teacher among teachers, too, sharing her wisdom and guidance generously with those of us lucky enough to be her colleagues. She is everything a university journalism professor should be.”