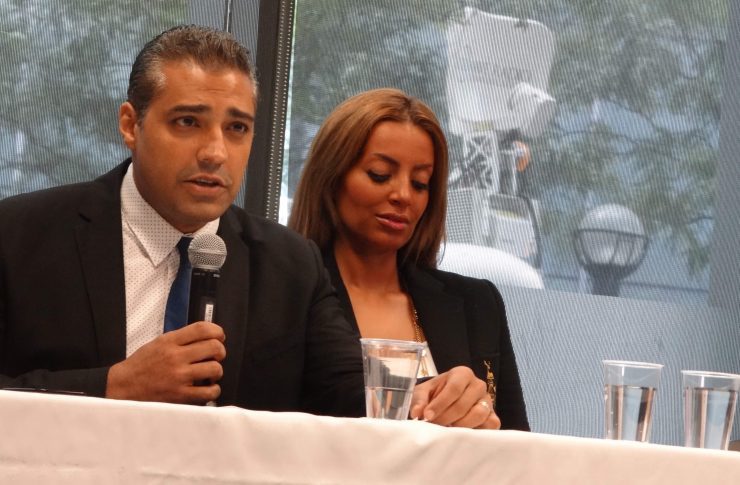 Recently freed Canadian journalist Mohamed Fahmy thanked his supporters Tuesday, while criticizing the Harper government’s lack of effort and diplomatic bungles during his detainment in Egypt.

“While you here, citizens in Canada and around the world, clearly understood the urgency of the situation we faced in prison in Egypt, the Harper government did not,” Fahmy said at a press conference at the Ryerson University School of Journalism organized by Canadian Journalists for Free Expression.

Fahmy, 41, was working for Al Jazeera when he was arrested in Egypt in 2013 and put on trial for airing what Egyptian courts branded “false news” and coverage biased towards the now-banned Muslim Brotherhood. He was sentenced to three years in prison earlier this year after a court process that was widely denounced by critics.

Fahmy said he initially felt disbelief  when he was told Prime Minister Stephen Harper was doing little to pressure the Egyptian government for his release.

“In my cell, I refused to recognize at the beginning that Mr. Harper was not putting his full clout behind me, I just couldn’t accept that. Then I realized there was a chorus from the international community of journalists and politicians, even Egyptian officials telling us that ‘Mr. Harper was not there for you.’

“Sitting in that prison cell, it was difficult not to feel betrayed and abandoned by Prime Minister Harper,” he said.