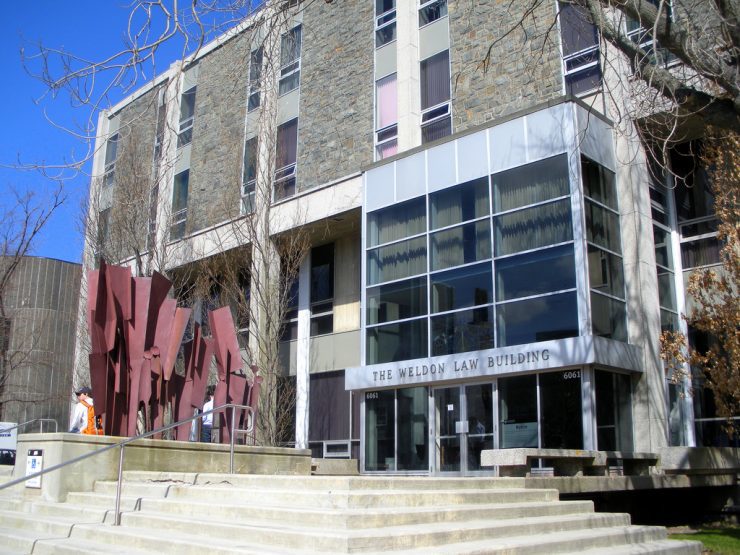 Halifax schools to offer a joint journalism and law program

Now journalists and lawyers can be one and the same, thanks to a unique degree offering from the Schulich School of Law at Dalhousie University and the University of King’s College.

Touted as the first of its kind in Canada, the Halifax schools are offering a combined law degree and master's of journalism program, and applications are open.

“We thought it was a good fit for a number of reasons,” said Kelly Toughill, chair of the school of journalism at King’s, noting neither program had to change its curriculum much. Experienced journalists can be admitted to the King’s one-year master’s program that they will complete while taking the law program. People admitted to the two-year program will have to do one year of the journalism program before starting law school.

Since announcing the program, Toughill said they’ve already had a lot of interest, especially from people who couldn’t decide whether to do a J.D. or a M.J.

The program will be hard work said Toughill. “It won’t be for the faint of heart.”

Unlike a normal law program, where students have about a four-month summer break, students will complete some of their journalism courses during the summer semester after first and second year. Then, they will take a combined law and journalism course during their second and third years of study.

Neither school is increasing its class size to accommodate potential new students. Applicants for the combined program have to apply to each school separately, meeting their admission requirements. That means applicants do have to take the LSAT. And both schools are highly competitive.

Students must also pay tuition to both schools.

Students accepted to both the J.D. and M.J. programs will join the new ventures stream at the journalism school, focusing on digital and business skills. “There were basically bureaucratic reasons that made it much easier to do it in the new venture stream,” said Toughill. She hopes that it will expand to the data and investigative stream in the future.

She said she hopes the program will appeal to journalists who want to further their legal knowledge and to lawyers who love journalism.

Michael Deturbide, the associate dean at the Schulich School of Law, did his undergraduate degree in journalism at King’s. “I could see a real relationship between the two,” he said. “Everything that we learned in journalism and how the law is reflective of that and vice versa—I think that it’s a really nice fit together.”