Journalism startups carve out niches for themselves in Canada

We spoke to people at Discourse Media, Hakai Magazine and The Sheet about the challenges and rewards of being entrepreneurial in Canada

A frequent lament among Canadian journalists is that we don’t have the same vibrant media culture as our American neighbours. There is no Canadian ProPublica, Knight Foundation, Vox, Mic, Poynter, The Intercept—we could go on.

Point being, our media landscape is smaller and is controlled by very few companies. In a recent report about the future of serious journalism, Madelaine Drohan noted that Canadian regulations around charities make is very hard for us to replicate the kind of non-profit journalism found in the United States.

But startup journalism does exist in Canada. Some have had high-profile success—Canadaland frequently smashes through the Patreon goals it sets, and Tim Bousquet’s Halifax Examiner has become tough competition for the local daily.

More and more people are jumping into entrepreneurial waters and starting their own journalism opportunities. We spoke with three of them—Discourse Media, Hakai Magazine and The Sheet—to get an idea of how the media culture is changing in Canada.

Erin Millar had been working as a freelance journalist for about five years, writing primarily about education. She could see systemic educational issues playing out in her stories, but she felt like a broken record with the news-driven work she was doing. “I was sort of losing connection to the impact I was having,” she said. Millar figured she could either change careers or contribute to the sort of organization where she could address those systemic issues.

Originally, she and two fellow journalists, Christine McLaren and Colleen Kimmett, were going to start what Millar describes as almost a collective of freelancers, where they could support each other’s journalism and pool their resources and do more collaborative work.

But as Millar began tracking her hours to see how much went into the creation of a feature story, her assumptions about the real cost of doing journalism were overturned. “It was shocking for me to learn that,” she said. “I definitely should have known better by what I was making and what I was doing.”

Their first big contract—the Canadian University Report, for the Globe and Mail—set the model for what kind of work they would do. They started producing fully packaged stories in response to demand from media outlets. The fee from the Globe package also provided the funds needed to hire a junior reporter.

Discourse Media officially began in March 2014. It is a boutique journalism organization, employing seven full-time staff and 10 part-time contractors. They produce in-depth journalism packages that are sometimes commissioned for media partners, but other times funded through a variety of sources including crowdfunding and philanthropy.

They used crowdfunding to help support work about Vancouver’s transit system during a transit referendum in spring 2015. The resulting package was picked up and republished by 13 different media outlets, at no cost to them. “I think it will go more and more that way,” Millar said of crowdfunding. Though Millar is studying other models around the world, like ProPublica in the United States, she thinks the pure philanthropy model is, for now, not a long-term fix given the Canada Revenue Agency’s rules around charitable giving.

Her long-term plans for Discourse change every week as it grows. However, Millar sees more collaboration in the organization’s future, like the story they recently released—“Power Struggle,” a story about lack of access to energy, with 10 different media organizations including Al Jazeera, Thomson Reuters Foundation and TVOntario.

This year, Discourse Media made the shortlist for the Canadian Journalism Foundation’s CJF Innovation Award—a clear sign their work is being noticed.

Jude Isabella had the tagline for Hakai Magazine before anything else. “Science and society in coastal ecosystems,” she told J-Source. “To me, that was what the magazine was about because that’s what the Hakai Institute was about.”

While researching a book about salmon, Isabella—a science journalist and former managing editor of the now defunct YES Mag—was frequently brought into contact with Eric Peterson and Christina Munck, founders of the Tula Foundation, described on their website as a self-funded family foundation that supports non-profits. One of those non-profits is the Hakai Institute, which does scientific research on remote coastal locations in B.C.

Isabella said that one day, Peterson—who is also an investor in The Tyee— suggested that that they start their own science magazine. She agreed and started work on a proposal, calling on her former YES Mag publisher David Garrison to help. By the fall of 2014 they were up and running, with Garrison serving as publisher and Isabella as editor-in-chief. Hakai Magazine launched on Apr. 22, 2015—completely coincidentally, on Earth Day. “It was all pretty quick,” said Isabella. “But we had a pretty good vision.”

One hundred per cent of the funding for the independent online magazine comes from the Tula Foundation. That means Hakai Magazine’s staff of 12 has the relative luxury of just being able to focus on building their audience and creating good work instead of looking for ways to fund their project.

“We do the best we absolutely can,” said Isabella. “Not having that pressure is a real gift.”

Their focus on coastlines is also a unique draw. Coastal communities face many similar impacts from global warming, which means their stories draw readers from far outside their home base in B.C. A recent story about the history of Vikings and the wool trade was a hit with an unexpected audience. “Knitters loved that piece,” said Isabella—a niche to be sure, but one with far-ranging connections. “Their world is bigger than [knitting],” Isabella explained. “And they share it with their own world.”

In the first year, Hakai Magazine has been focused on building their audience. But Isabella sees no reason that the online magazine couldn’t become the place people come to for stories about coastal communities.

“I mean, why not?” she said. “Somebody has to set the narrative—why not us?”

Check your seat the next time you’re at a Toronto tech event. You’ll find The Sheet on it—that’s the plan at least.

Belinda Alzner—a former J-Source associate editor and ScribbleLive employee—is the co-founder of the new startup that aims to get tech news right into the hands of people who are, or want to be, in the industry.

“Toronto’s tech scene is kind of coming of age right now.” she said. Often, while attending events, organizers would ask how many people were attending the event for the first time. Alzner would watch as many people in the room raised their hands. It made her realize there was room for an introductory news product that would help people familiarize themselves with the city’s tech scene.

The first issue of The Sheet, distributed at a Tech Toronto meet-up on April 11, is literally a standard-sized sheet of paper. On it is curated Toronto tech news as well as an interview Alzner did with the founders of Tech Toronto.

While it may seem counterintuitive to start with a print product, Alzner thinks it will  appeal to people who are sitting on folding chairs for a couple of hours. “There’s something to me that’s just really cool and nostalgic about newsletters, or like a zine-type thing that we’ve gotten away from,” she said. “But if you are sitting at an event for an hour and you’ve got a piece of paper in front of you, you’re probably going to read it.”

However, they do have a web presence, as well as a potential digital newsletter to go along with it. The impetus to start quickly is in keeping with the philosophy from the book The Lean Startup, which encourages entrepreneurs to get their MVP out there—that’s startup speak for Minimum Viable Product. “We’re getting it out there, [then] we’re going to get the feedback,” said Alzner. From there, she and co-founder Matt McCausland adjust as they need to.

The venture is for now entirely self-funded. Alzner said they are looking into a number of different funding models going forward, but for now, the goal is simply to get The Sheet into people’s hands. “We just want to get out the door and see what the reaction is,” she said. 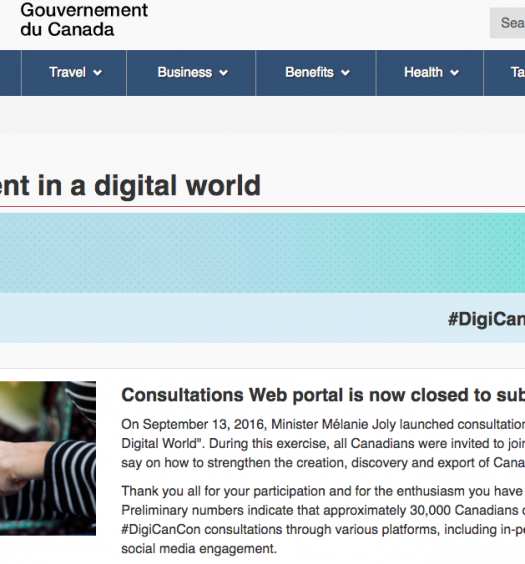