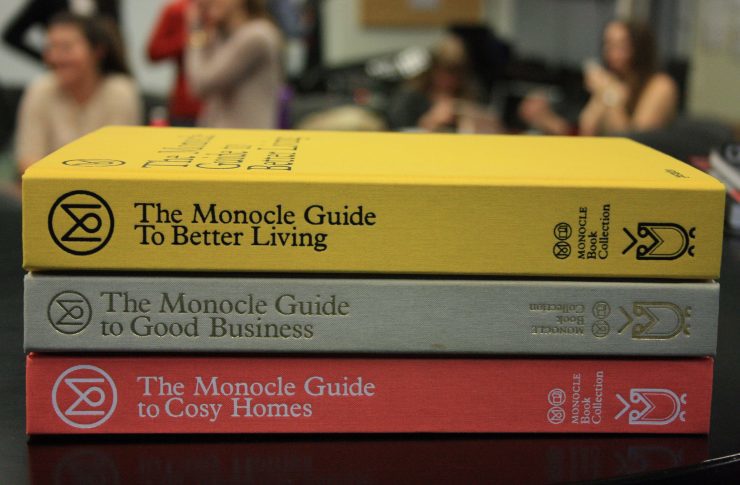 Monocle magazine editor-in-chief Tyler Brûlé says he is determined to resist the widespread pressures on magazine editors to cut quality and move to a digital- first or digital-only strategy.

Monocle magazine editor-in-chief Tyler Brûlé says he is determined to resist the widespread pressures on magazine editors to cut quality and move to a digital-first or digital-only strategy.

Launched in 2007, Monocle was a direct rebuttal to naysayers predicting the death of print. Thicker than a MacBook with pages that feel like a cross between newsprint and binder dividers—familiar but strong—having a copy of Monocle in your hands is a definite statement, and the masthead wants it this way.

“Big media companies are the only ones convinced that they can put something of less value than the year before out and have no one notice,” Brûlé told Ryerson students during a recent presentation organized by the Ryerson Journalism Research Centre. The inability to produce better quality magazines every year, he observed, has been detrimental to the business.

“Someone in accounts was saying ‘Let’s use cheaper paper, let’s cut 16 pages from the magazine—no one will notice,’” Brûlé said. But, readers do.

Thus, Monocle was born—a magazine with a commitment to deliver noteworthy reportage and something of obvious value, right down to the quality of paper it is printed on.

“We wanted something fat,” said Brûlé, who was no stranger to new business endeavours. After dropping out of Ryerson and moving to the United Kingdom he launched Wallpaper magazine in 1996. After selling the magazine 2002, he spent a lot of time working on Winkreative, a brand and advertising agency he’d started. Four years later, Monocle was in the works.