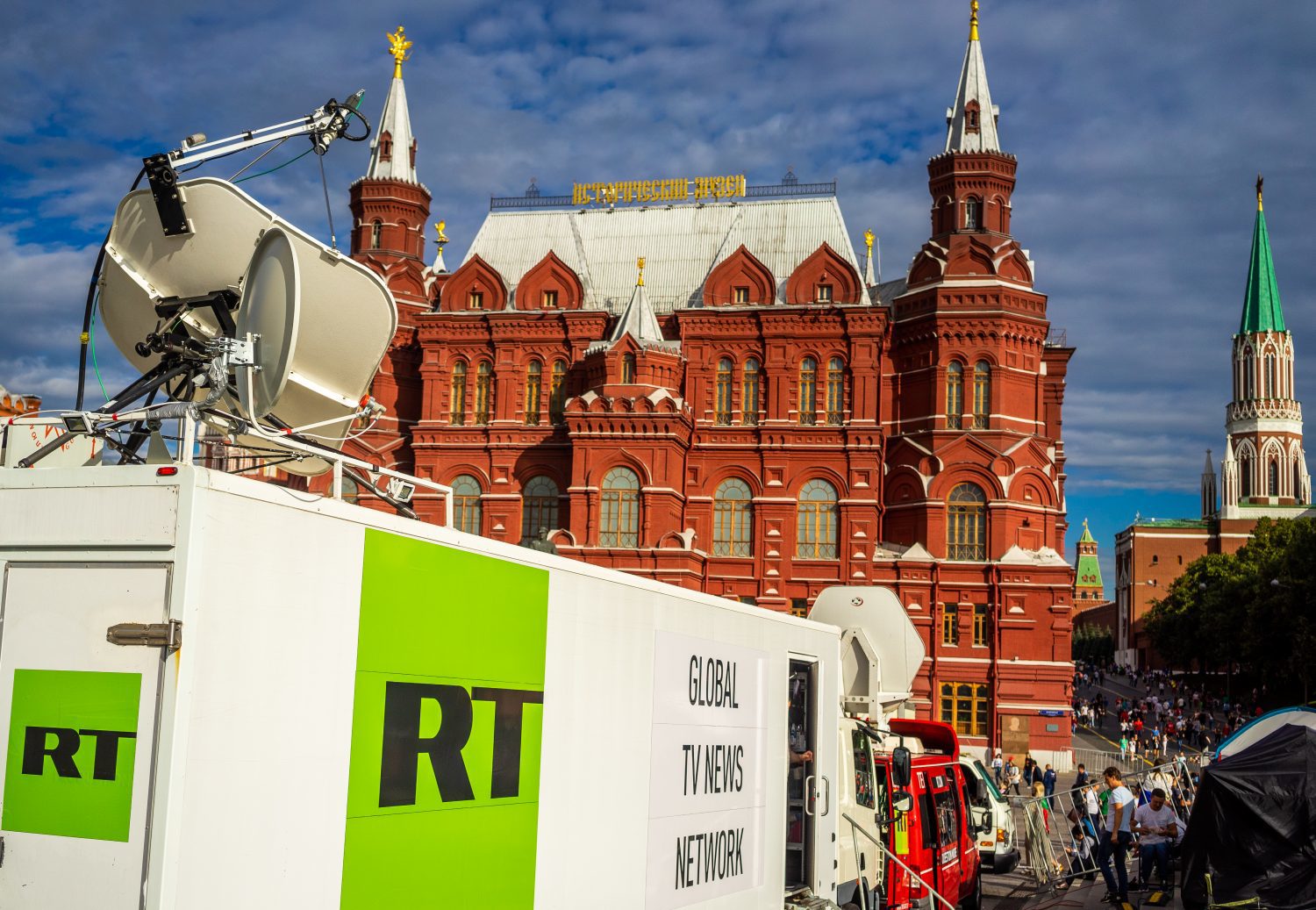 How do democracies deal with disinformation that is indistinguishable from journalism?

In the wake of the March 2018 attack on former Russian double agent Sergey Skripal in Salisbury, England, immediately following the announcement by Prime Minister Theresa May that the Russian state was “very likely” responsible for the attack and that the nerve agent Novichok had been used, readers of Russia’s main English-language news sites RT.com and Sputnik were treated to a dizzying array of often contradictory explanations of events.

Once that had been cleared up, the audience may have been surprised to find out that, in fact, there was never actually any proof that Novichok was used in Salisbury. Or that the nerve agent definitely wasn’t Novichok. Or that there never was any such thing as the Novichok program.

In the 13 days following May’s announcement, RT and Sputnik published 20 separate narratives about Novichok; 15 of these emerged in the first four days. Each individual article on the matter is reported straight, with the central claims provided by a Russian or Western source presented to audiences as an expert on the matter.

When viewed as a whole, however, the list of narratives is confusing and contradictory nonsense. The only unifying thread is the assumption of the innocence of the Russian state in relation to the attack.

Extremely partial coverage of the Skripal incident – in which 138 separate and often contradictory narratives were published by RT and Sputnik in the four weeks following the Salisbury attack – is one of the aspects of Russian English-language output detected by an innovative software-driven content analysis and outlined in the project Weaponising News, which I, alongside Russian civil-military relations expert Sam Robertshaw, conducted at King’s College London.

The project analyzed almost 12,000 RT and Sputnik articles published online over eight weeks in 2017 and 2018 to explore how state-linked news outlets produce, package and push content to targeted international audiences. Using the digital news content analysis tool Steno, made open-source for researchers as part of the project, we uncovered:

The research raises some serious issues for journalism in liberal democracies in the digital era. Where motivated political actors are able to use well-resourced and sophisticated news outlets as tools of disinformation to target international audiences, capitalizing on the fundamental protections from regulatory intervention that journalism enjoys in democratic societies, the result is a situation where journalism can be used as a tool of information warfare.

The report looked at three aspects of RT and Sputnik news content, each of which demonstrated a significant way in which the outlets ignored or subverted core normative functions of journalism.

Sourcing was key – narratives were reported straight, usually based on a claim by a Russian or Western individual (even the most outlandish conspiracy theories, including claims that the poisoning was a hoax or was perpetrated by the U.K. government in order to frame Russia) from a long list of sources largely comprising fringe far-left or far-right politicians, experts with unverifiable qualifications, or independent journalists from a network of sites like the Duran or 21st Century Wire whose content consists almost entirely of pro-Russia talking points. Tellingly, almost none of these (non-elite) sources were featured in any of the Skripal coverage by the mainstream U.K. media.

With both the military and dysfunction coverage, we used Steno’s text-matching functions to compare databases of Russian and U.K. news content and found a small but significant number of stories published on the websites of U.K. tabloid newspapers that contained substantial portions of content lifted from RT and Sputnik. This suggests that a process of Churnalism’ is taking place, whereby traditional news outlets are repackaging news content for their own audiences without verifying the motives or trustworthiness of the original source, only with Russian strategic narratives taking the place of press releases.

The results of Weaponising News raise profound questions about the role of journalism in liberal democratic societies in the international digital information environment. In particular, societies will have to deal with the use of journalism – with its quasi-constitutional function of allowing citizens to access the information necessary to make informed decisions about the society in which they live – as a delivery mechanism for disinformation or manipulative content designed to delegitimize democratic institutions and damage the links between citizens and those institutions. There are three dimensions to this problem: economic, philosophical and regulatory.

Economically, the digital international media environment provides the means for well-resourced, motivated political actors to set up news outlets, generate content and push it at targeted audiences. While the Russian state is the most unambiguous exemplar of an actor deploying substantial resources (2015 figures show RT’s funding at around US$300 million, while Sputnik received around US$69 million funding in 2017) to achieve this, any actor with sufficient funds could pursue the same ends. The financial pressures devastating traditional news organisations also increase the susceptibility of national media systems to absorb and amplify disinformation and propaganda, as the exploration of Churnalism as a model of information warfare shows.

Philosophically, RT and Sputnik have no obligation to perform the normative functions that journalism has traditionally provided in national political systems. The erosion of the link between news outlets and national political systems demonstrates that news content that prosecutes the aims of an external state and operates to undermine political institutions by spreading disinformation to targeted international audiences is not comparable with journalism that interrogates and scrutinises failures of government in serving some conception of the public interest.

From a regulatory perspective, journalism-as-disinformation poses a complex problem for liberal democratic societies. RT and Sputnik mix straight news reporting (which, unsurprisingly given their resources, they do well) with pro-Kremlin narratives and consistently skewed news agendas. They ascribe even the most wild and conspiratorial claims to identifiable sources and are assiduous in accrediting content lifted from mainstream Western news outlets before translating and repackaging the content for their own audiences. News agendas, no matter how skewed, are and always should be at the discretion of editors.

By and large RT and Sputnik do not do the types of stories that fall foul of existing legal or regulatory sanctions relating to privacy or libel, and they have no incentive to submit to the reporting standards of any self-regulatory system in any of the jurisdictions in which they operate. Strong broadcast regulation in Europe has acknowledged the problematic nature of RT’s coverage (as the U.K.’s regulator Ofcom’s multiple investigations into RT’s televised news content demonstrate), but there is no comparable tool for intervention on the basis of online news content.

Bulk analysis and comparison of news content can help us better understand the ways in which journalism can be used as a tool of disinformation, capitalizing on the necessary protections afforded to journalism in democratic societies and the erosion of the link between news outlets and national political systems in the digital media environment. What to do about this problem is altogether less clear given the inadequacies of the existing regulatory toolkit, but policymakers and journalists alike must consider how to address the challenge.