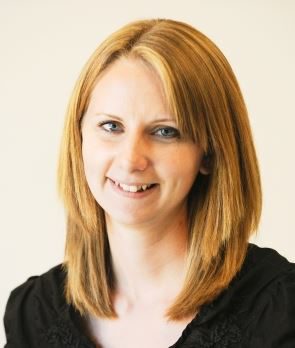 Glenda Luymes, a reporter with The Province who grew up on a dairy farm, launched Farmgate in October to put agricultural news on the radar of Vancouverites, and talk about how food gets on the table.

By combining her passion for agriculture with the power of the Internet, one Vancouver-based reporter has found a way to bridge the gap between farming and the modern Canadian consumer.

Her name is Glenda Luymes, and she runs Farmgate, a blog at The Province.

Luymes is the Fraser Valley reporter for The Province and it’s a position she’s held for over eight years. In October, Luymes was awarded the Canadian Farm Writers’ Federation’s top award celebrating excellence in agricultural journalism. She grew up on a dairy farm, and Farmgate, which has been up and running since mid-October, is her own way of spreading agricultural news.

“I’ve always moved back and forth between the city and the farm. I thought it would be good to bring farming news back with me,” Luymes said. “The blog was an idea an editor and I have had for a while, and with all the enthusiasm around things like local food right now, we thought it was a good time to start.”

Luymes’ enthusiasm for the blog is indisputable, but she faces some difficulty in bringing agricultural news to a large and somewhat disconnected population of non-farmers.

Indeed, Canada’s non-farmer population is large. Statistics Canada’s 2011 socioeconomic overview of the farm population reveals that only one in 50 Canadians derive income from farming. Despite such a disproportionate population, and the fact that Farmgate is still a young venture, Luymes said she has received positive feedback.

“I’m finding out that most people have a genuine interest in agricultural news,” she said. “More and more people are visiting the website and following my posts on Twitter, and I receive some great feedback from some of the producers and farm groups as well.”

The articles Luymes features in Farmgate are not necessarily targeted at farmers or a rural audience; they are meant for a general audience. Topics cover everything from Christmas tree farming and animal welfare issues to local food recipes and medical marijuana grow-ops. Her blog is also heavily peppered with links that provide additional information to each post.

“We want people to have access to as much useful information as possible. That goes for farmers as well as non-farmers,” she said.

However, Luymes’ posts still try to present general information that might not normally be on the radar of urban dwellers, or anyone else that is not otherwise involved in agriculture. A post on “Kiwi fruit in the Fraser Valley,” for instance, let people know that it’s possible to buy locally produced kiwi from an Abbotsford, B. C., farm. Other posts dive into part of the medical marijuana debate—specifically, whether medical marijuana should be grown on farmland or in controlled facilities.

According to Luymes, one of the more difficult parts of Farmgate is deciding what to write about. “Just putting the blog out there isn’t enough. I have to contact people on my own much of the time, but more interest might change that a bit,” she said.

Luymes hopes Farmgate will continue to develop over the slower winter months and be generating more interest by spring and summer 2014.

“Part of why we started it now was to prepare, kind of ramp it up for the busier agricultural seasons,” said Luymes.

Matt McIntosh is a reporter intern with BetterFarming.com.