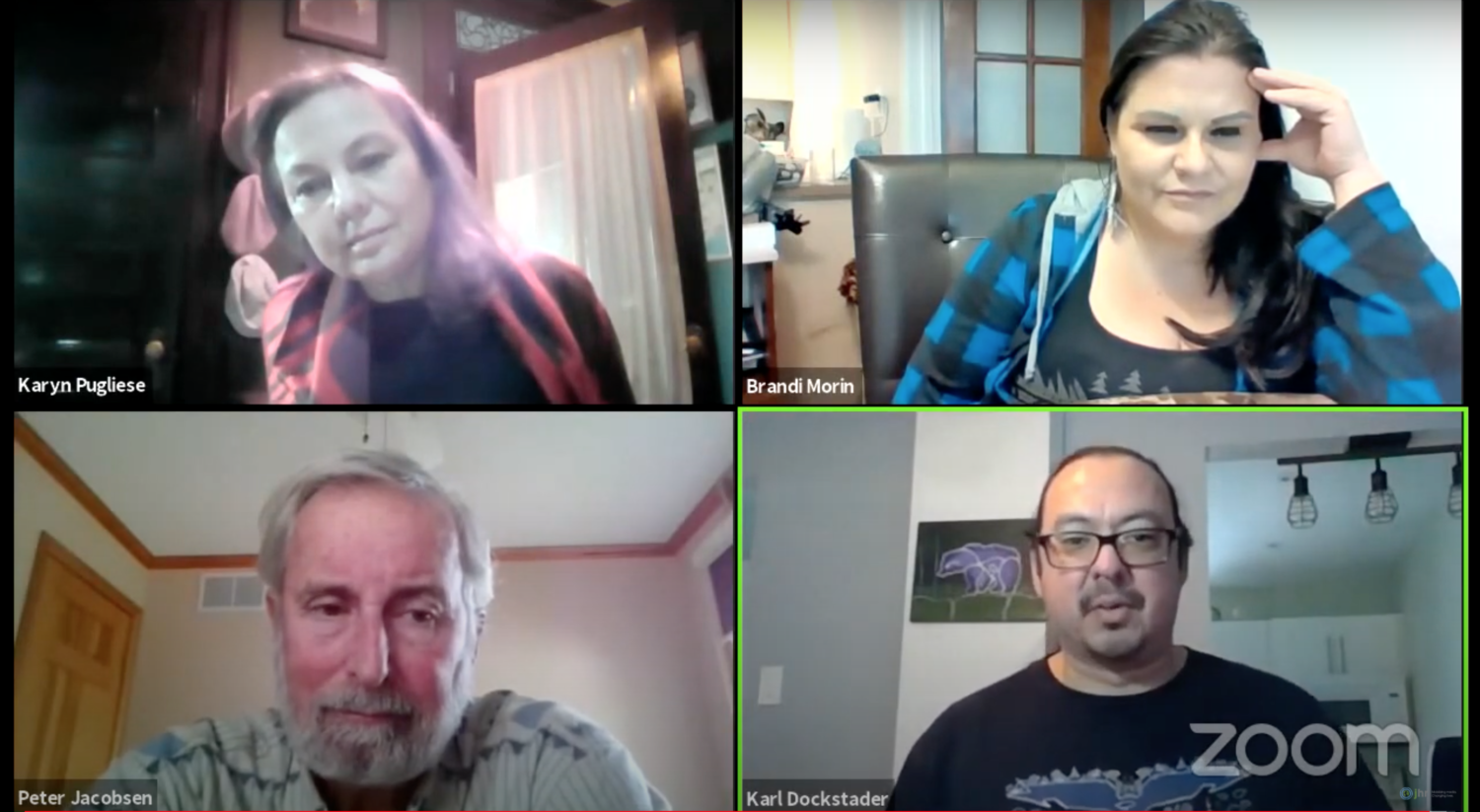 Journalists must be present to bear witness to police actions, especially at Indigenous movements, say panelists

The recent arrest of an Indigenous journalist covering a land defence movement amplifies an ongoing concern around law enforcement determining who is a journalist and what an act of journalism is, says Karyn Pugliese, former president of the Canadian Association of Journalists and Ryerson University professor.

Karl Dockstader, One Dish, One Mic co-host and Oneida Bear Clan member, was arrested on Sept. 2 after reporting on the land dispute between Six Nation members and a development company at 1492 Land Back Lane in Caledonia, Ont.

The Ontario Provincial Police laid criminal charges against Dockstader for mischief and failure to comply with a court order. Dockstader is fighting these charges.

He said that it’s not up to the police to decide what is and isn’t journalism. Even now, he said he is unsure why he was arrested.

“The idea is that I wanted to tell this story from a journalistic vantage point in a different way. Was it the lacrosse? Was it taking out the garbage? Was it the fact that I camped? I don’t know,” said Dockstader. “But I know that I don’t want the OPP to be deciding that.”

Pugliese said she worries that if Dockstader’s case was to go forward in the courts and not get thrown out, the police would get to decide what journalists can and can’t do and what constitutes an act of journalism.

“This is outrageous, when we have the constitutional right,” said Pugliese. “We’ve always had the right, we’ve gone back to court and proved we have the right to be there and to tell the stories and to bear witness.

“If we’re going to have the courts mucking about, they’re starting to muck in who we are as Indigenous people, as well as who we are as journalists.”

In Canada, Indigenous and non-Indigenous journalists covering land defence movements have been met with hostility from police and increasingly, documented arrests.

From APTN’s Justin Brake facing charges for reporting on protesters at Muskrat Falls in 2016 to filmmaker Melissa Cox’s arrest for filming a blockade in support of the Wet’suwet’en land defenders, there has been an alarming trend of arrests – or threat of arrests – for journalists covering land protests.

Last year, when Brake won his civil case against provincial energy corporation Nalcor, the Newfoundland and Labrador Court of Appeal emphasized the importance of ensuring “independently-reported information on Aboriginal issues” and considering the effects of injunctions on limiting the media’s ability to cover these issues.

Brake’s case, according to Jacobsen, created a precedent in recognizing journalists as being different from participants.

Pugliese had intervened in Brake’s case on behalf of APTN “because she could see that the work [they] did every single day at APTN” was at risk, said Pugliese, formerly the broadcaster’s executive director of news and current affairs.

APTN’s intervention focused on raising  “a concern about the impact that the granting of injunctions could have on the reporting of Aboriginal protests dealing primarily with protection of Indigenous land use.”

“When I intervened in that case, we did raise the issue of reconciliation, and I was really glad that the court heard that,” said Pugliese. “We did raise the spectre of what had happened in Ipperwash and Gustafsen Lake and what happens when journalists are not there to bear witness to police actions, as they move in on these events and the kind of human rights abuses that can happen.”

Regarding his own case, Dockstader said he is fortunate that his employer has offered full support, which he said he probably wouldn’t have had several years ago when he was “just a little guy.”

Even so, Dockstader said he would’ve fought the charges and self-represented.

“It’s a matter of principle.”

While APTN uses a “western model of journalism,” Pugliese said that the news outlet centres Indigenous voices and takes their point of views on stories. Additionally, she pointed out that when covering stories as an Indigenous journalist, it’s natural for journalists to engage with the story differently, including by participating in ceremonies.

Dockstader agreed. He said he never “puts his clan aside” when he goes in to cover a story – something he believes enhances the storytelling and the public’s access to information.

“We, as Indigenous journalists, need to contextualize the stories around our Indigeneity, not separate from it.” 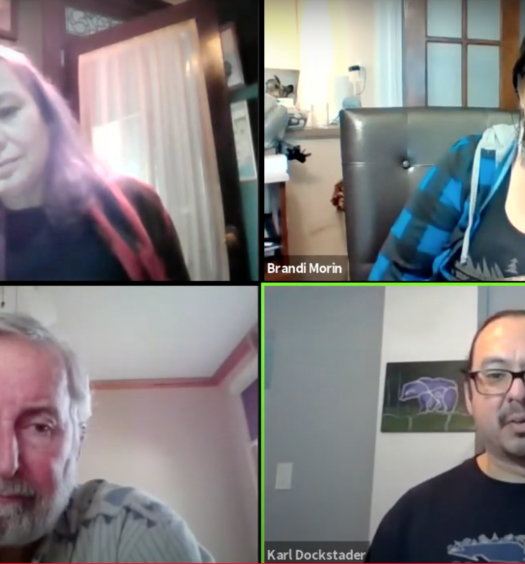