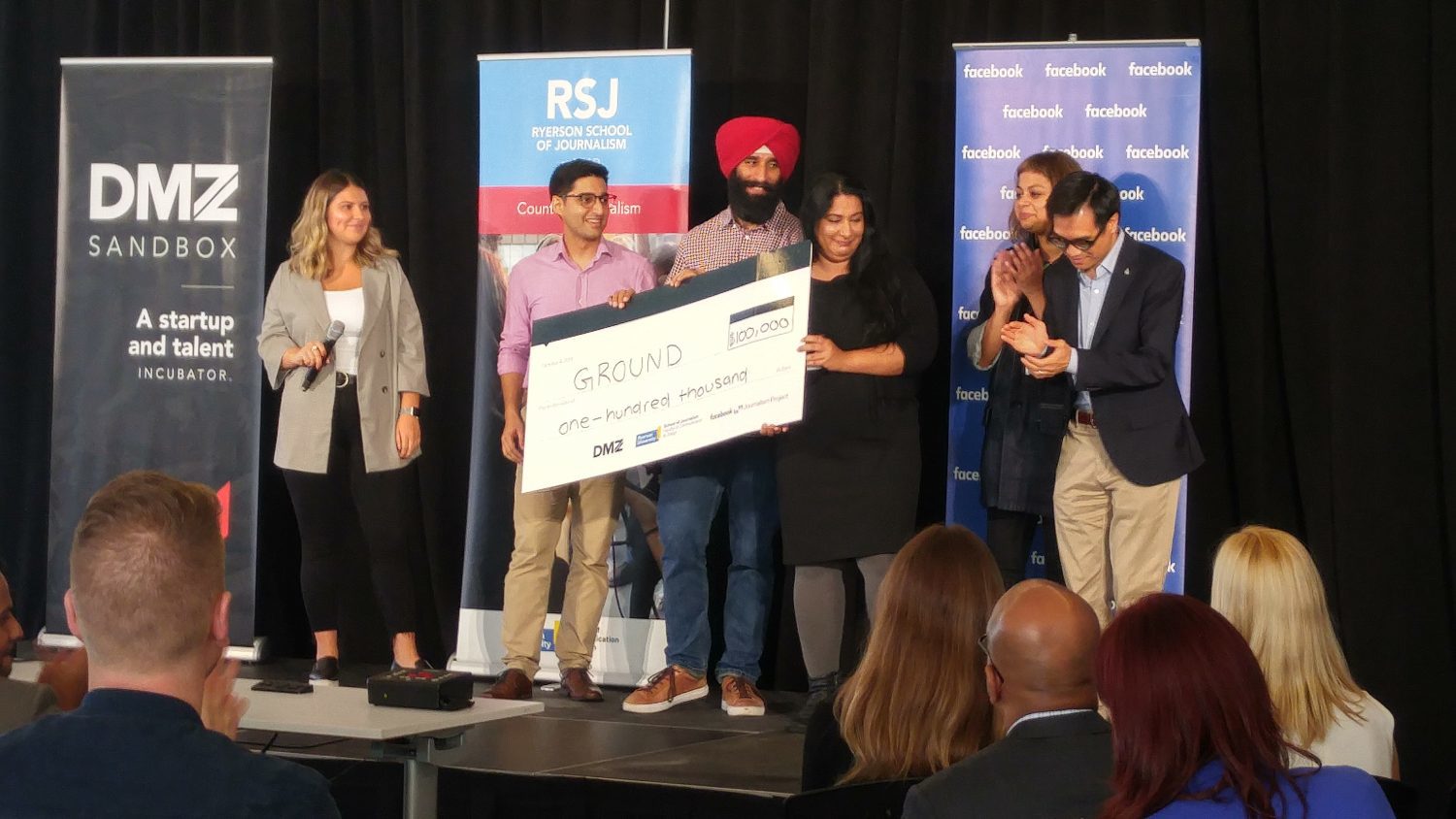 Among the winners is an app that lets people make micro-podcasts and a sports newsletter aimed at women.

An app that brings people to the ground floor of a story. A media outlet aimed at the casual, female sports fan. A comment tool that helps publishers get meaningful engagement. A local, pop-up media outlet focused on solutions journalism. And a program that allows people to create micro-podcasts.

These five startups couldn’t be more different, but they’ve been brought together by Ryerson and Facebook for the inaugural Digital News Innovation Challenge.

After months of working with Ryerson professors and industry experts, on Oct. 4, all five were awarded $100,000 at an event at Ryerson’s Digital Media Zone Sandbox.

Surprising no one, all of the Digital Innovation Challenge participants are getting the full $100,000 funding. And look, there are novelty cheques! #DNIC2018 pic.twitter.com/qk1oMTYloH

Facebook made up a third of the challenge’s steering committee, Janice Neil, chair of the Ryerson School of Journalism, told J-Source last year. While it did plan to be involved to a certain extent in reviewing initial applicants, it left final decisions up to DMZ and Ryerson. Neil also told J-Source that Ryerson was “asserting our primacy over anything journalistic.”

Ground is an app that pools together news about breaking stories by bringing together verified first person accounts and traditional reported news. Users can view stories by location, changing the traditional flow of how we get our news on social media tools like Twitter or Facebook.

A newsletter and media platform, The Gist, aims to be a Skimm like product for female sports fan. It includes both products for casual fans, including explainers of sports, and activities for hardcore fans, including an NFL fantasy league run by a chatbot.

The Sprawl, based in Calgary, is a pop-up journalism site.  “I’m always looking at what’s a different way of telling local stories,” founder Jeremy Klaszus told J-Source earlier this year. “From the beginning I didn’t want to just be cranking out article after article or hot take upon hot take because there is already tons of that stuff, so it’s not needed basically.” As of Oct. 4, he had already hit 60 per cent of his crowdfunding goal to support the further expansion of The Sprawl.

Trebble foresees a bold future where anyone has the ability to record a podcast to be played on home voice assistants, like Amazon’s Alexa or Google Home. The recording technology is very simple — you can make the short podcasts on your phone or on your computer.

And lastly, Readefined is a tool that uses artificial intelligence to see how readers are paying attention to content. “In general it doesn’t seem like there is a lot of mindfulness online,” said Mario Vasilescu, on of Readefined’s founders, during his presentation at Ryerson. One of the tools they’ve developed to combat this is a “Troll Filter” that won’t let people comment on a story unless they’ve actually read the article.

Whether the program will continue for another year remains to be seen, though Asmaa Malik, an assistant professor at Ryerson’s School of Journalism and one of the program experts, told J-Source that she hopes that it will.

With files from Jane Gerster. 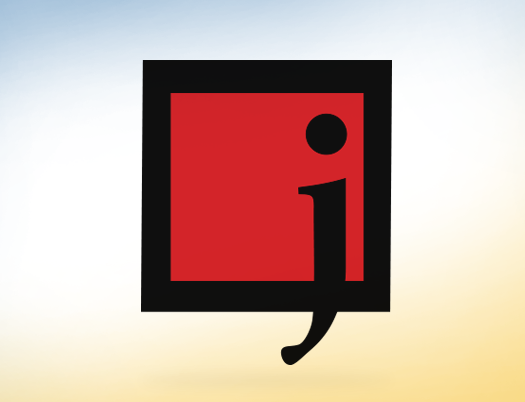