The Canadian Association of Black Journalists is being relaunched this year. Screenshot by J-Source.
NewsPeople

The CABJ had been inactive for some years, but a team is working on the relaunch.

“Help” isn’t a four-letter word to the new Canadian Association of Black Journalists.

It’s a welcome and vital strategy.

This winter, the association broke an almost decade-long silence with the following appeal: “Tell us what a re-imagined CABJ should look like,” the tweet read, accompanied by a survey.

CALLING ALL BLACK JOURNALISTS! We want to hear from you. The Canadian Association of Black Journalists is back–but we need your help. Tell us what a re-imagined CABJ should look like: https://t.co/qAZk7ebPPg pic.twitter.com/XQLqj5C7rr

Nadia Stewart, a Global News reporter in Vancouver, is one of four relaunch team members, which include Michelle Lynch, David Thurton and Adetayo Bero. Stewart’s own career experiences made her want to get involved in reinvigorating the CABJ.

“It took someone coming along and telling me, ‘Hey, this is something you could do (working at the CBC, where she went on to work) if you’re willing to leave Toronto,’” she said. “The person who told me that was Caucasian…and…made the decision to mentor me after he was encouraged by another person of colour to mentor me. It took too many steps to get in touch with the right person. We’re trying to shorten that path.”

But, ultimately, Stewart construes help not only as an external, but also as a personal initiative. The organisation is an opportunity for Black journalists—and “there’s, so far, just been a flood in terms of the interest from people”—to take matters into their own hands.

The CABJ seemed to have all the answers at one time. Angela Lawrence, its founding president, said in an interview with the Ryerson Review of Journalism that the organisation used to boast “monthly workshops” and “about 200 paid members.” It would also organise discussion panels, including with members of the mainstream press. One tackled crime reporting and the Toronto Star’s portrayal of Black men, with a member of the paper on hand.

Such initiatives led one Globe and Mail editor to describe the association as “keep(ing) the diversity fire burning under the bums of people like me. ”In fact, “a lot of the people who were members 15 or 16 years ago connected with the people they needed to connect with and they got the jobs they wanted to get,” according to a report on Humber Journalism’s website.

So, what caused the disappearance of the organisation launched in 1996? Some evoked that “it’s hard to make people attend meetings.” Others noted “a lack of enthusiastic presidents.”  Also, the lack of money was a recurring complaint.

Lynch, one the organisation’s former presidents, doesn’t see past missteps as mistakes. “There’s always learning when you try to recruit volunteers,” she said in an interview with J-Source “There’s things that maybe we tried that I would suggest not trying again. I wouldn’t say they’re mistakes, they’re more growing points.”

Lynch is one of the resources the new CABJ has tapped for advice. She has recommended touching base with the CABJ’s U.S. counterpart, the National Association of Black Journalists . Interestingly, her acquaintanceship with Stewart began in the wake of a 2016 NABJ convention Stewart had attended.

Stewart sees the NABJ as “a support base … which is going to be key as we’re going forward.”

A look into the U.S. organisation reveals it’s forged a solid track record since its 1975 launch. Its website mentions that it “awards nearly $100,000 in scholarships” per year. Additionally, U.S. presidents, such as Bill Clinton and George W. Bush, have spoken on the stages of its annual conventions. Barack Obama attended one as a presidential candidate in 2007.

This success is why Lynch fostered a relationship with the group in 2009, during her time in office. An attempt to bring an NABJ convention to Canada was unfruitful, but, as Lynch explains, the potential benefits are multifold.

An annual conference would “bring a wide range of journalists here to Canada to not only share their knowledge, but also give opportunities to Canadians that are journalists that wanted to potentially move wherever they wanted to, to do their work.”

The alliance could also provide “mentorship to help us build the same thing in Canada rather than reinventing the wheel.”

For now, Stewart said moving forward has meant pouring over survey responses and bringing current some of the group’s previous data and practices. “The biggest change” to date regards virtual meetings, Stewart said.

“The most efficient way to get people all together is to do that (meeting) virtually, especially in some regions of the country.” 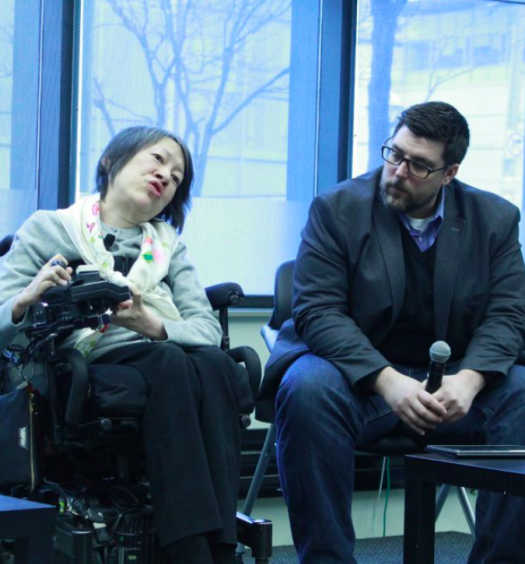 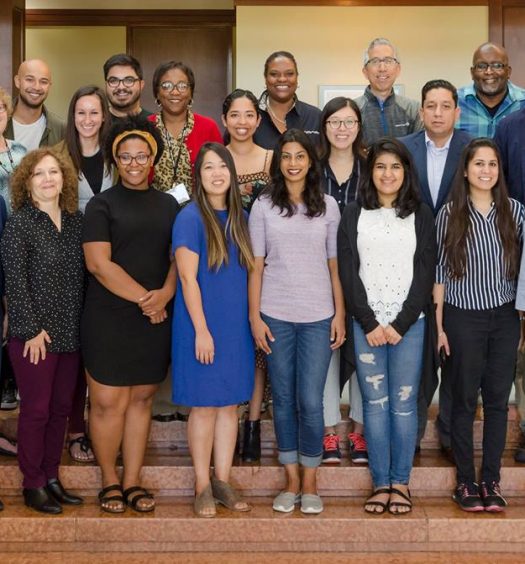 Poynter’s Minority Writers’ Workshop reminded me that my voice and perspect...