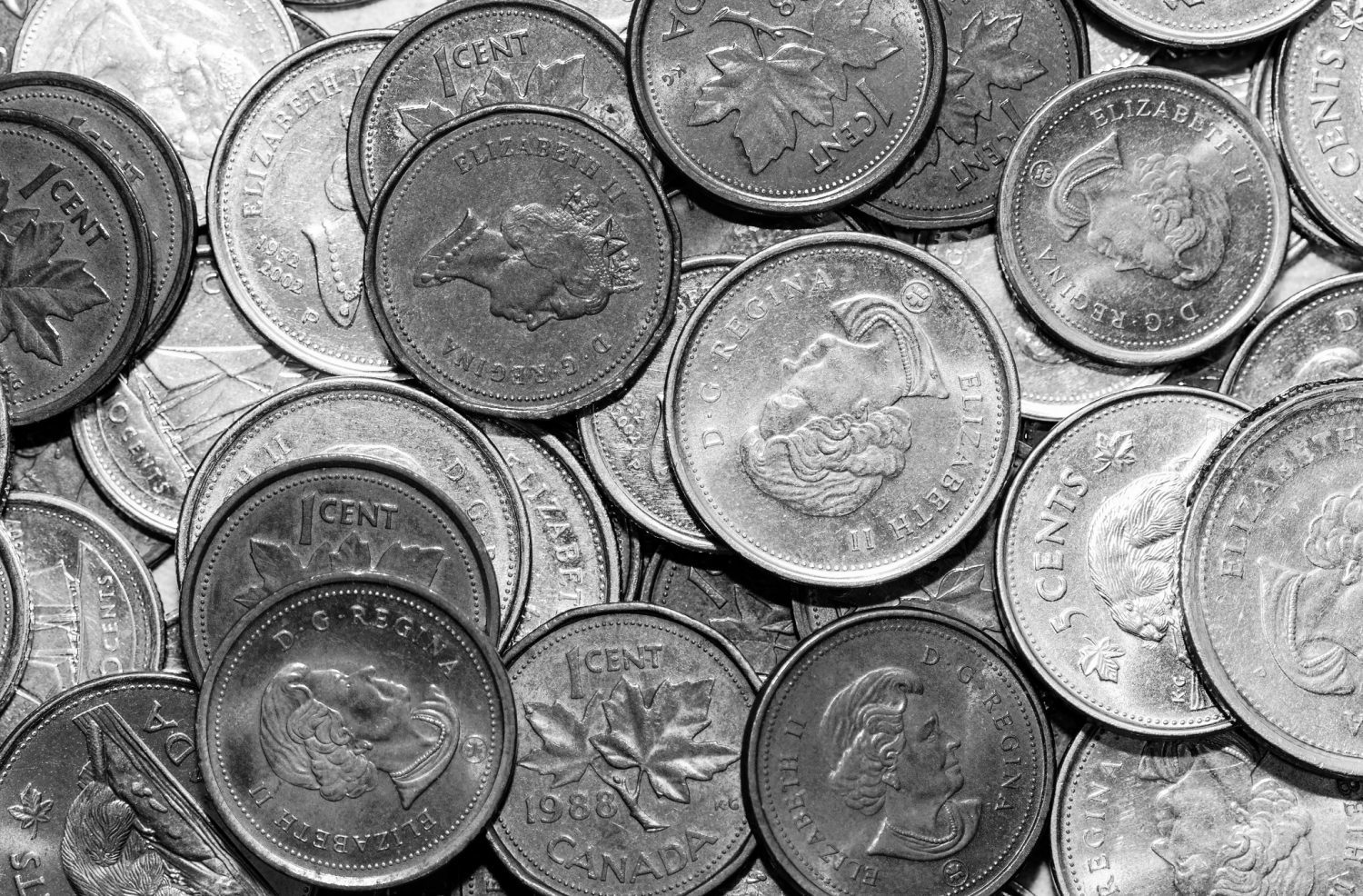 Canadian media companies will face challenges even if they get charitable status — like getting people to donate to them. Photo courtesy KMR Photography/CC BY 2.0.
InnovationCommentaryAnalysis

There are many issues Canadian media organizations need to consider before seeking charitable status.

It’s no secret that Canadian newspapers are struggling.

Some would say they are dying, the victims of a broken business model—done in by the internet.

People in the newspaper industry are looking for a fix, something to help them survive.

One idea that is getting some traction is the idea of enabling Canadians to make charitable donations to newspapers—turn them into charities that can accept donations and issue tax receipts.

The Canadian government is prepared to give that some thought.

In the most recent budget, it promises to explore “new models that will enable private giving and philanthropic support for trusted, professional, non-profit journalism and local news.”

This “could include new ways for Canadian newspapers to innovate and be recognized to receive charitable status for not-for-profit provision of journalism, reflecting the public interest that they serve.”

In an March 3 column in the Winnipeg Free Press, publisher Bob Cox says this is “good news and certainly welcome.”

He notes there is a growing non-profit news industry in the United States, thanks to tax-deductible donations from supporters.

These are media like NPR and PBS, which many Canadians are familiar with, but also outlets such as the Texas Tribune, MinnPost and ProPublica.

But before newspapers rush headlong into the charity model, there are a few questions that come to mind.

Although I’m no expert on newspaper economics, after 30-plus years doing communications, marketing and fundraising for various charities, I  know a thing or two about fundraising.

Definition of a Charity

But before talking about raising money, we need to first take a look at Canada’s Income Tax Act and charities.

The Act uses a common law to define what a charity is, something inherited from Great Britain.

Currently, journalism is not covered by the definition.

Maybe no change is needed; if the government wanted, it could put newspapers under education, or the catch-all “other purposes” that benefit the community.

Whatever way it goes, someone would need to make that ruling.

Then there’s the issue of advocacy and benefits.

Currently, charities are prohibited from spending more than 10 per cent of their funds on political advocacy.

For newspapers, would this mean needing to be careful how they report about political issues, parties or candidates?

Would they have to restrict the number of opinions calling for changes in government policies?

Could they no longer support particular candidates or parties in an election?

For an enterprise worth hundreds of millions of dollars, that might be moot. But the question would still need to be addressed.

Then there is the matter of benefits.

One of the ideas being suggested to help newspapers is to let people get a charitable tax receipt for buying a subscription to a newspaper.

It would seem like a win-win—the newspaper gets the money, and the subscriber gets a tax break.

It’s a great idea, except it’s not permitted.

Canada Revenue Agency rules are very clear that donors should get no benefit from a donation.

It’s one of the cardinal rules of fundraising; breaking it can get you into big trouble.

This is why if you go to a fundraising banquet, you get a donation receipt for the amount you gave— less the cost of the meal. (That’s your benefit.)

If subscribers were to be able to claim their subscriptions as a donation, there would need to be a significant change to the way the CRA currently operates.

Those are logistical questions. They involve lawyers and accountants. With the right legislative changes, and enough money and expertise , the changes can be made.

It’s what happens next that ultimately determines whether the effort is successful: Fundraising.

And the fact of the matter is fundraising is hard—and it’s not getting easier.

First off, the number of Canadians claiming a charitable deduction on their income taxes is falling. According to Imagine Canada’s recent study titled “30 years of giving in Canada,” that number fell from 25.1 per cent in 2005 to 20.9 per cent in 2016.

Added to that is the fact that the country’s best givers—older people—are literally dying. There is no guarantee their places will be taken by younger donors.

Speaking of which, younger people tend not to read newspapers, in print or online. In 2016,  Pew reported that only 5 percent of 18- to 29-year-olds got news from a print newspaper, compared to 48 per cent of those over 65.

Another study, by Wolfram Peiser in 2000 titled “Cohort Replacement and the Downward Trend in Newspaper Readership” in the Newspaper Research Journal, found that  over half decline in daily newspaper reading in the United States is due to younger people reading less newspapers less frequently than older people.

Overall, he concluded, this lack of what he called “cohort replacement” has “contributed substantially to the decline in newspaper readership.”

To put that in fundraising terms, if younger generations aren’t reading newspapers, in print or online, they will be a very hard group to fundraise from.

Then there’s the competition; there are over 86,000 charities in Canada, all competing for a decreasing amount of donated money.

It’s not like there’s a huge well of untapped money out there just wanting for someone to ask for it.

If anything, when it comes to asking for money there are almost more hunters than rabbits.

People are already being asked, again and again. At some point, they might just be tapped out.

If appealing to thousands of small donors is difficult, what about foundations? That’s where the big money is, right?

Not as much as you think, at least not here in Canada. We have fewer foundations than in the United States.

These foundations made over 12,000 grants, but mostly to web and mobile media, vastly outpacing support for traditional media (TV, print, radio).

The foundations making these grants include well-known names like Gates, Knight, Macrthur, Annenberg and Lilly.

But even if a foundation decides to make a grant to a media outlet, here’s the thing about foundations: They are usually not in it for the long term.

They don’t tend to make lengthy commitments. Three-to-five years is normal. Many prefer to give money to get things started, not hang around forever.

A typical goal is sustainability—being able to survive without the foundation.

Then there’s the application process itself, pages and pages of forms and documents and plans and projections.

This is why many charities today employ full-time grant writers.

But maybe that’s OK; what I hear from newspapers is they just want short-term help to tide them over until they find a new model.

It all depends on whether those dollars are available. It would be interesting to find out.

Which brings us back to fundraising.

Whether or not foundations come on board, newspapers will still need to raise funds from smaller donors.

The last thing any organization wants to be is too-reliant on a single source of income. Spreading donations out among thousands of smaller donors can provide longer-term stability.

But fundraising is a unique skill. People take courses, workshops and spend their entire careers trying to figure it out.

Not everyone can do it. It takes a unique personality to be a good fundraiser.

For one thing, you have to be able to ask people for money. Some people would rather gouge out their eyes with a sharp pencil than do that.

When it comes to the media, I can’t think of many journalists who consider it to be high on the list of things they really want to do in life.

If media outlets want to get into the fundraising game, they are going to have to hire fundraisers, marketers and communicators—people with those special skills.

Just putting an ad in the paper and hoping the money rolls in won’t cut it.

The media will need to do marketing, learn about creative offers, designated giving, matching appeals, and donor relations (the “donor journey”).

Figuring out what donors want to give to is art, science and a bit of alchemy these days.

Not only that, increasingly donors want to designate their donations to specific projects, types of work or countries.

This is something charities resist; the best donation is the one marked “use where needed most,” since it provides the most flexibility.

(“Where needed most” can also be used for rent, heat, water, electricity bills and staff salaries, since people tend not to designate for those things.)

But donors like to choose countries, people and programs; it helps them feel more connected through their giving. What if they want to do that for newspapers, too? Arts and sports might be the big winners, while international ofrschool boards loses out.

And here’s another thing about donors: They aren’t forever. They come and go. And they prefer to back start-ups over supporting long term sustainability. Donor retention is one of the bigger challenges facing any charity today.

Then there’s accountability and transparency—where was the money spent? How much is spent on overhead and salaries? Donors want to know.

Raising money is hard work, in other words. And there are no guarantees.

I know I sound like a downer — I don’t mean to be. I think being able to donate to keep my local newspaper alive is good idea, and one worth exploring.

In fact, it’s already being done, albeit on a small scale, with church-related publications in Canada. Without donations, most wouldn’t be able to survive.

Will it also work for the mainstream media? I don’t know. People who work for newspapers and other media outlets need to be thinking about the various issues and questions I’ve raised

I’d even send in a donation. 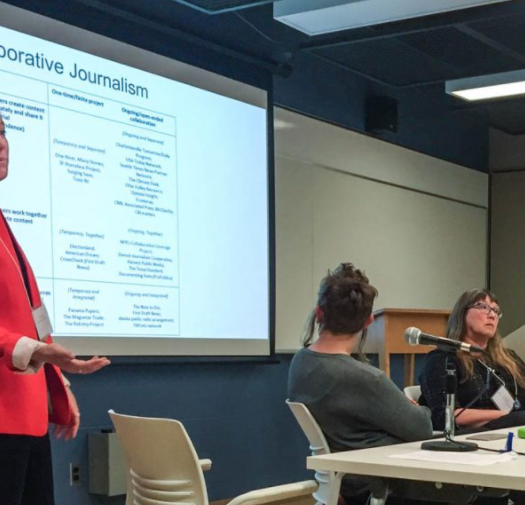 Community media only needs a little to do a lot but even limited funding is...

Read More
Community media only needs a little to do a lot but even limited funding is disappearing, experts say 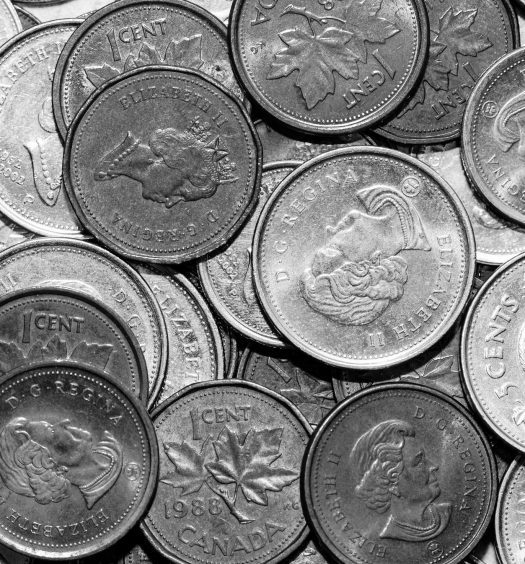 Read More
Turning newspapers into charities: A new model for the future?