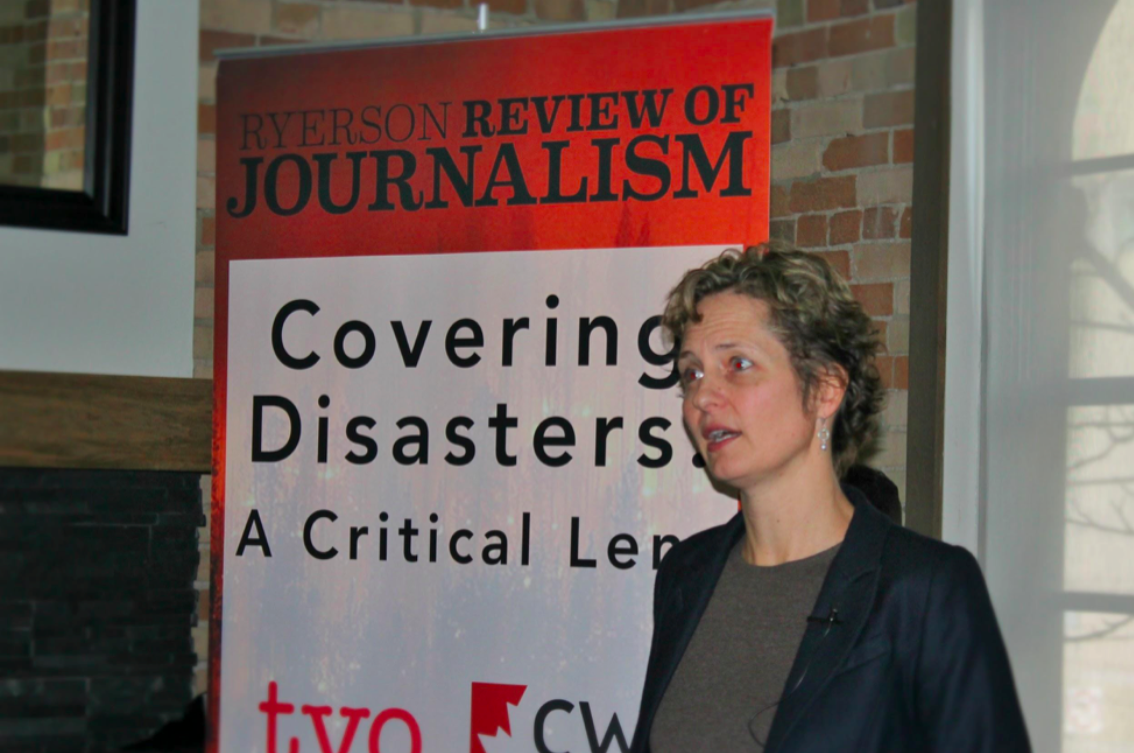 Catherine Porter, the Canada bureau chief for the New York Times, shared her experiences covering the aftermath of the 2010 earthquake in Haiti at a Ryerson Review of Journalism event. Photo courtesy of Amanda Pope/RJRC.
How ToLearnResearch

Victims of natural disasters must be dealt with respectfully: NYT Canada bureau chief

“The mantra I repeat to myself often all the time in this job–whether it’s a natural disaster overseas or not–is, ‘This is just my job for today and this is this person’s life.’”

Reporters who fly in to cover natural disasters must report on people suffering the consequences with respect and compassion, says journalist Catherine Porter, who arrived in Haiti soon after the 2010 earthquake to cover the story for the Toronto Star.

Porter was one of several speakers at a recent Ryerson Review of Journalismconference to emphasize that journalists must retain their sense of humanity toward victims of devastating wildfires, earthquakes, hurricanes, mudslides and other disasters. Covering Disasters: A Critical Lens, a day-long event held at Ryerson University’s School of Journalism, explored how journalists can prepare to cover disasters and where they are missing the mark.

“We have to be respectful, we have to be decent,” said Porter, who is now the Toronto-based Canada bureau chief for the New York Times. “The mantra I repeat to myself often all the time in this job–whether it’s a natural disaster overseas or not–is, ‘This is just my job for today and this is this person’s life.’”

Porter, the keynote speaker at the Nov. 21 conference, recalled the experience of touring a public hospital in Haiti to illustrate how vulnerable people can be treated without dignity. The Spanish doctor who took her on the tour “walked me into a room where I found a completely naked woman on a bare metal table giving birth and she was crowning,” Porter said. “As someone who has given birth twice naturally and has been in that position of complete vulnerability, I was shocked.

“I looked back on that and thought … ‘Why did that Spanish doctor think it was okay to bring me into that room so casually when I was not writing about women giving birth there?’ That would never ever happen in Canada,” she said.

Porter said she left the room because her job as reporter involves treating vulnerable people with respect. Covering disasters, she noted, is hard on the human spirit: “I was haunted when I returned from Haiti.”

Ed Ou, a visual journalist with NBC News based in New York, also discussed the need to focus on the person beyond the tragedy.

“No matter what happens in any situation, whether it’s a conflict or a disaster, life does go on,” said Ou, who was part of a panel about photographing disasters. “One thing that has really struck me is how resilient the human spirit is. We oftentimes as journalists have a tendency to go in and we see people and we’re trying to extract a tragedy but really what you [need] to see is hope.”

Ou travelled to Kazakhstan in 2008 to photograph the lasting effects of radiation on the two million civilians who were exposed when the Soviet government test fired more than 400 nuclear weapons during the Cold War. He said he spent as much time as he could with survivors to get a sense of who they are as people. 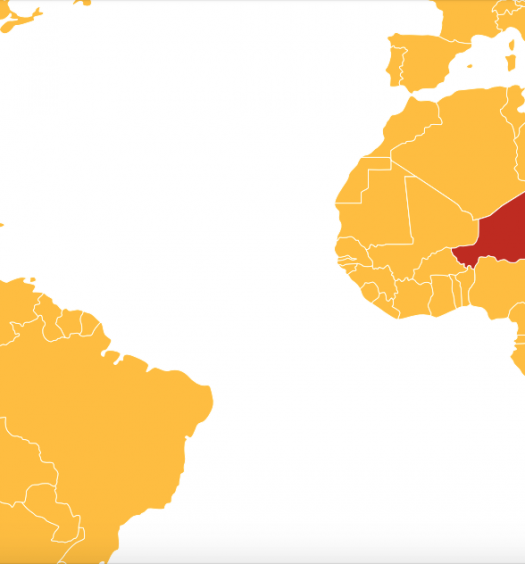 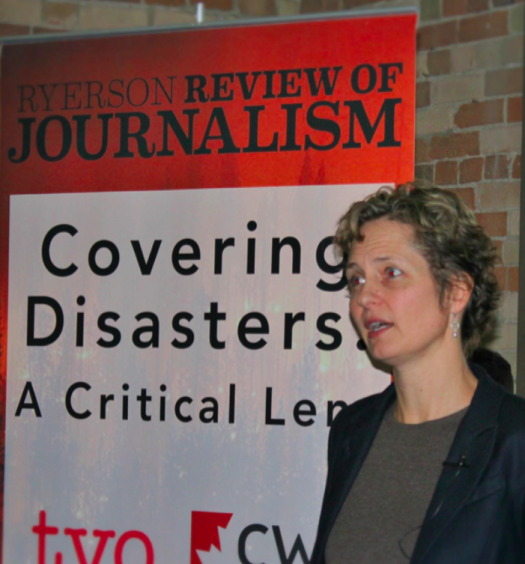