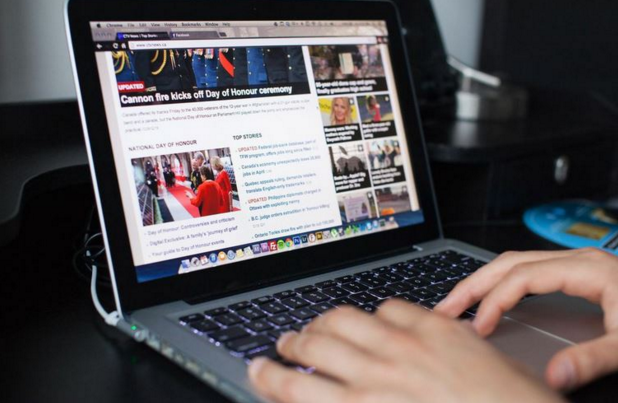 What happens next after job loss in journalism?

In 2012, the Australian news media experienced the most serious contraction in its history. In a research article published in the journal Journalism Practice, my research colleagues and I examine how Australian journalists respond to job loss and workforce contraction.

The article reports the results of a pilot survey of 95 Australian journalists who lost their jobs as a result of industry restructuring and the shift to digital-first news production at Australia’s two major newspaper companies in mid-2012.

The Media Entertainment & Arts Alliance (MEAA), the national trade union of media workers, calculated that around 1,000 journalists were made redundant or lost their jobs in the aftermath of the restructuring, with further losses of between 500 and 1,000 jobs in the 2013–2014 period, for an overall decline of around 20 per cent in Australia’s mainstream journalistic workforce.

The downturn in journalistic employment in Australia follows similar trends in Canada, the United States and the United Kingdom. One driving factor is the decline of the newspaper industry and resulting closure of mastheads that once employed big cohorts of journalists. The Canadian Media Guild reported 10,000 jobs cut from the print and broadcast industries between 2008 and 2013, including 910 jobs lost following closure of papers by Canada’s largest newspaper chain, Sun Media.

In a chapter in the book The Global Journalist in the 21st Century, Bonnie Brownlee and Randal Beam report 13,500 jobs were lost from daily newspapers in the United States in 2009 alone, with total employment in newsrooms shrinking by just under 27 per cent between 2001 and 2010. Francois Nel’s study of laid-off British journalists estimated the United Kingdom’s mainstream journalism workforce had shrunk between 30 and 40 per cent in the 10-year period from 2001 to 2010.

In this volatile context, the New Beats research project was created as a longitudinal study to find out more about the challenges journalists face in regaining employment after job loss, and in dealing with the news industry’s changing dynamics. We are interested in what happens next to those who lose their jobs and are forced to remake their careers. Do they find work and how do they deal with the trauma of redundancy?

There are three standout characteristics of the participants in the pilot study: their age, occupational subgroup and journalistic experience. On average, they were 49 years old, with around 40 per cent of the sample aged 50 years or older. Some 94 per cent of them said they were print journalists at major metropolitan newspapers at the time they lost their jobs, and about half of them left from senior editorial roles. On average, they had been employed as journalists for over 25 years.

Research in the field of the sociology of work that examines the aftermath of job loss has found older professionals can be more unsettled and traumatized by the experience than younger people. Work is more often central to older professionals’ sense of identity, and forced career change late in life often means they have to accept lower paid and less-stable jobs. Nel’s study of 144 UK journalists confirms these findings. Some 50 per cent of respondents were over 40 years of age, and 63 per cent had held senior positions as managers or production editors, mostly in regional newspapers. Nel concludes that job loss made life “tough” for these laid-off journalists because only 18 per cent of them had found full-time work doing a similar job in journalism, while 42 per cent were still looking for work, up to two years after been laid off.

The main aim of our pilot study, therefore, was to locate laid-off journalists and establish whether they had experienced the same difficulties in finding work after job loss. We found, fortunately, they did not.

In terms of re-employment, the Australian journalists in this pilot study had difficult, but relatively better, post-job loss experiences than their UK counterparts because 89 per cent had found work of some kind by September 2013, a period of just over one year from the beginning of major press industry job cuts in June 2012.

However, only one in four had resumed their journalistic careers at that point in time, while many of the others were working in less secure forms of employment (e.g. part-time, contract or freelance) and less high-powered jobs, for lower wages and/or for fewer hours per week.

Analysis of these and other results from the pilot survey leads us to argue that re-employment, even in reduced circumstances or outside the profession, enabled journalists to “move on” in practical terms to the next phase of their lives. One respondent sums up the positive post-job loss lifestyle changes experienced by numerous journalists in this survey:

“I work a lot from home, I make my own rules and decisions, and I don’t have a third of the stress I had in my last job. That was an impossible workload, with minimal or no support from a misogynistic management. My life now is creative, stimulating and purposeful. My health has no doubt improved due to reduced stress levels, my income is more or less the same, although less regular, and my well-being has skyrocketed. I can think of no negatives in my experience.”

At the same time, however, many respondents felt confused about their lost professional identity. The overwhelming majority had believed in lifelong journalism careers. They reported negative post-job loss feelings of sadness, anger, disillusionment, anxiety, betrayal and even guilt, as well as elation, relief or resignation. The main contention in our article is that the sense of leaving a broken newspaper industry amplified the trauma of individual job loss. Conflicted emotions were common, as this journalist describes:

“It was a mixed experience emotionally. I was glad of the opportunity for a new career start, and very happy with the financial payout. But the circumstances that gave rise to it are depressing—a newspaper industry in seemingly terminal decline. I worry for the fate of younger people who have started careers in newspapers in the past decade. I feel fortunate to have started out in journalism in better times.”

The New Beats project, which has adopted a longitudinal approach to the investigation of job loss in journalism, plans to monitor the employment trajectories of these journalists in subsequent annual surveys to 2017.

Penny O’Donnell is a senior lecturer in International Media and Journalism in the Department of Media and Communications at the University of Sydney. She is a chief investigator on the New Beats project.