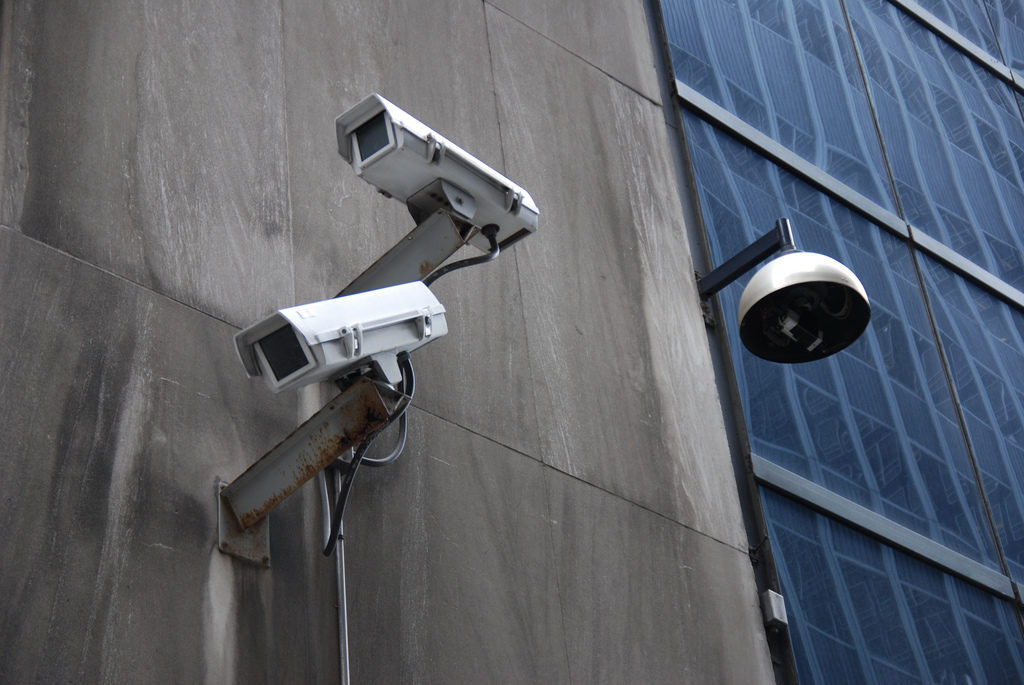 Local police forces might be low hanging fruit for freedom of information requests.

So, you are a reporter at a small town paper, and you’re looking for a story idea. How about … filling some access to information requests to find out how the police are spying on people?

Today’s police forces, even those in small municipalities and counties, have access to an unprecedented amount of digital investigatory tools: cell phone surveillance; biometrics; video and audio surveillance; voice recognition; artificial intelligence; databases; and many more. And the public just doesn’t know if, and how, those tools are being used — until you, enterprising reporter that you are, comes along with a well-worded access to information request.

It’s not without its challenges. But the reward could be a scoop.

Matthew Braga knows a thing or two about investigating the police. In 2014, he wrote a story that explained how the RCMP and CSIS use International Mobile Subscriber Identity-catchers to track cellphone locations. Now a senior technology reporter at CBC, he, along with reporter Dave Seglins, recently detailed how municipal police forces are using IMSI catchers.

While a reporter’s instinct may be to send ATIP requests to the big policing and intelligence agencies — RCMP, CSIS and CSE — Braga says that municipal police agencies may be “low hanging fruit” for reporters. He follows reporters on the same beat across North America, and notices the trends. “Reporters, lawyers and activists started realizing that going through local police forces was kind of a backdoor, where you’d go through the local police forces and you’d find information about these devices that people weren’t getting from the bigger agencies.”

In Hamilton, CBC reporter Kelly Bennett was inspired by her colleagues investigations into cell phone surveillance to start her own. “We were just wondering if these forces in Canada are starting to use it, is Hamilton?” she said. First she put in a media request. They told her to file a request under the Municipal Freedom of Information and Personal Privacy Act — so she did.

But her story took a turn that demonstrates some of the challenges local reporters might face.

Bennett filed her request for cellphone surveillance in 2016. Hamilton Police Service refused to confirm or deny whether they were using IMSI technology, citing section eight of Ontario’s Municipal Freedom of Information and Personal Privacy Act, which provides several exemptions for law enforcement. Bennett appealed, and the case made its way to the Information and Privacy Commissioner of Ontario.

And then things got weird. The Hamilton Police Service filed their arguments against fulfilling the access request, which stated: “We do not believe the requester has a sympathetic or compelling need to receive the information. The appellant is from the media and is looking to write an article for her own professional gain.”

“I don’t know what to make of this argument,” said Bennett. That the media is the public’s surrogate is an established legal principle.

For any reporter in a newsroom with fewer resources, pursuing one’s own investigations is tough, especially when  going up against institutions that have money and a vested interest in keeping their methods private. Bennett fully acknowledges that she had the advantage of having the CBC behind her as she went through the long process of the appeal — it’s a serious time investment, and every interaction doesn’t necessarily result in a story. 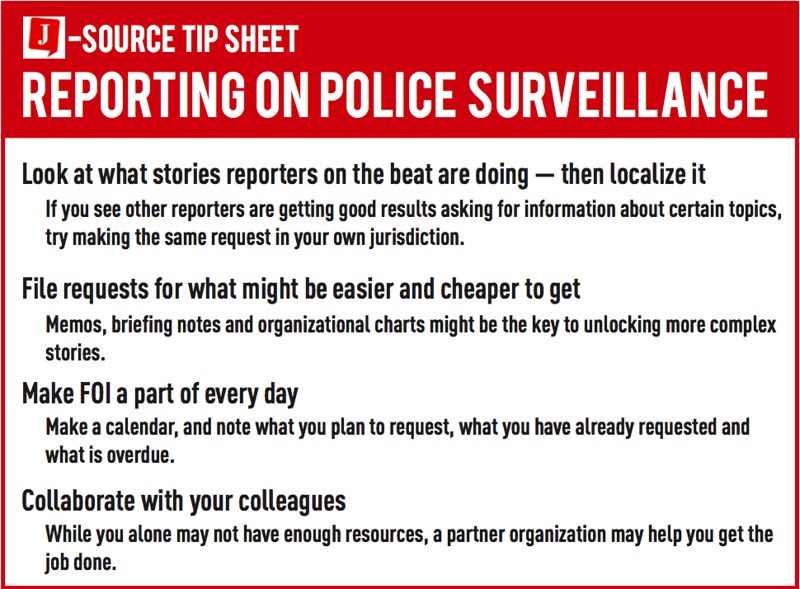 There are other challenges as well. Unlike filing federal ATIP requests, which now require only a $5 processing fee, some municipal requests can run into the thousands of dollars, according to Braga. Under-resourced newsrooms may not be able to direct precious funds to long freedom of information battles. And there are laws that insulate police forces from having to disclose details of their investigatory techniques.

But this doesn’t mean there isn’t a way to get what you need.

Perhaps you can’t get the details for whether your local police service is using IMSI catchers. Maybe the police are saying it will cost thousands to release all the files you need, or are refusing because under legal exemptions.

There are things that you can ask for that might point you to the right person to ask. Braga says you can ask for briefing notes, memos — even an organization chart, which might lead you to the officer who oversees surveillance and investigation. When you know the right person to call for comment, you might not need to make a formal request at all.

But if the information you need is a matter of whether you can pay for it or not, consider this: you don’t have to go it alone. Collaboration between media outlets, especially when it comes to matters of pressing public interest, are becoming more common.

While an unorthodox example, Bennett’s story found resolution because of her colleagues. While she fought her appeal, Braga and Seglins were working on a separate story about the reach of cell phone surveillance in local police services. They asked Hamilton Police Service’s media spokesperson who told them plainly that Hamilton police did not have, and were not using, cell phone surveillance technology. A few weeks later, the fight was dropped, providing an unexpected resolution to Bennett’s story.

You may not have the advantage of being in the massive CBC network. But you may have a competitor news outlet, or even a nearby journalism school, full of journalists who want to do some digging. And if you don’t, reach out to the reporters who have been investigating police surveillance. Braga said he is happy to share documents, and it is unlikely he is alone in that.

It’s worth it to give your audience all the information they need about what police in Canada are doing. “I think at this point there is not a lot of clarity around what police are doing in the digital realm,” said Braga.

“Getting a baseline of sort of what police are doing would be helpful,” he added.