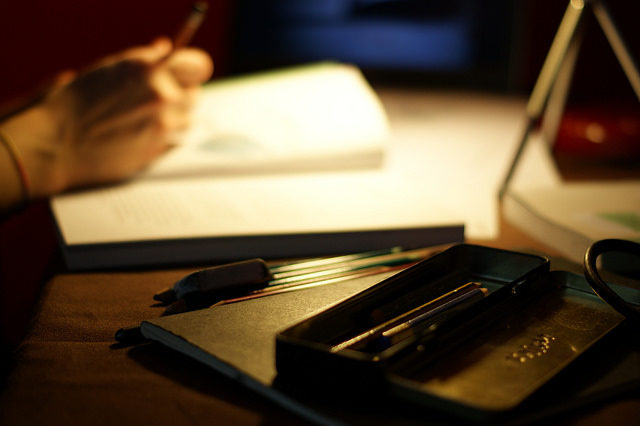 A U.K. publisher’s scheme to have students pay for their work to be published is the latest in a tradition of media taking advantage of free labour—one that hasn’t escaped Canada.

It’s tough being a young journalist these days, and it’s about to get a lot tougher for those wishing to join the industry.

Last month, the Guardian published an article about Newsquest charging students £120 to have their journalistic work published in its papers.

Newsquest Media Group, owned by the U.S. company Gannett, is the U.K.’s largest publisher of local and regional newspapers, owning and operating more than 200 newspapers, magazines and trade publications, according to its website.

For years, the industry has taken advantage of students journalists’ free labour through internships, and now it looks as though British students will also have to pay for their blood, sweat and tears to be published.

It’s like an instructor asking a student for money in order for her test to be graded—on top of paying thousands of dollars in tuition.

With students already facing a job market rife with unpaid internships and often having to offer their work to publications for free, this added burden is a puzzling tactic to start using with young journalists.

Janice Tibbetts, a journalism instructor at Concordia University, in Montreal, and a columnist for J-Source.ca, agrees.

Young journalists are already turning away from the industry. According to a 2011 report by Statistics Canada, public relations professionals outnumber journalists four to one. But how much more difficult can we make journalism before causing the profession to potentially lose even more fresh, talented reporters?

In the original Guardian article, Newsquest schools co-ordinator Diana Jarvis explained that the publisher is portraying the scheme as a way for young journalists to build a portfolio and gain valuable references for future employment.

“You have to be paid cold, hard cash every single time, but someone who is going to use your work, your blood, sweat, and tears and not compensate you for that is not an arrangement that gives any value to the work that you do as a student to the work that anyone does as a journalist.”

“Speaking on behalf of the CAJ, this is not an arrangement that we recommend students consider,” he added.

Rodrigues, who emphasized student work has value that deserves to be compensated, is uneasy about the scheme catching steam in Canada.

“It certainly wouldn’t be the first unfortunate practice in journalism that gains ground and starts being copied. We would hope that it’s not something that becomes contagious,” he added, referring to the trend of unpaid internships that took hold in Canada in the ’90s.

This gimmick apparently comes from the fact that publications are losing revenue as most newsreaders no longer want to pay for subscriptions, and advertisers are scarce.

The exploitative charge on students represents a very small earning for publications. Yet media companies seem to be breaching ethical standards by trying to make money from their own potential workforce.

John Cruickshank, publisher of the Toronto Star and president of Star Media group, doesn’t see the sense of the charge for newspapers and adds that it is not something Canadian publishers are likely to consider.

“It can’t do anything but promote bad journalism,” said Cruickshank. “And obviously to demand money from a freelance community—or worse than that, a student community, where people are trying to build portfolios—is shameless.”

Tibbetts agreed, adding that the bizarreness of the scheme is too “out there” for Canadian media organizations and could potentially have negative results.

“I was taken aback by it, so it seemed to me something that’s certainly unusual and I think there would be quite a bit of backlash against it for it to become a commonplace thing.”

Correction: An earlier version of this story misstated the location of Concordia University.

Calgary Journal reporter Josie Lukey is a second-year student in the Bachelor of Communications-Journalism at Mount Royal University. She has not paid to have this story published in J-Source.