Kelly Toughill is an associate professor of journalism at the University of King's College and founder of Polestar Immigration Research Inc.
Latest Posts | By Kelly Toughill 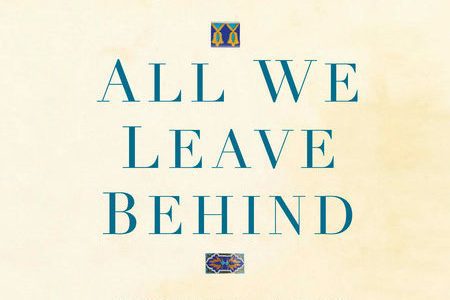 By Kelly Toughill  •  Commentary, Book reviews
All We Leave Behind is an exploration of what we owe to those who help us find and share the truth.

Kelly Toughill talks with OpenFile CEO Wilf Dinnick about what has happened since the online start-up ceased publication nearly six weeks ago, the lessons he has learned and the new partnerships he hopes to pursue for OpenFile moving forward.

Arrests, apologies and fear: the backlash of England’s newspaper scandal

Rupert Murdoch's juicy newspaper scandal will be felt far beyond England and the narrow circle of politicians and editors caught and embarrassed. The hacking scheme that led Murdoch to shut down the News of The World may stifle press freedom across the Atlantic.

Why the newspaper is headed for extinction: study

Communications consultant Ken Goldstein is not just another all-purpose analyst urging the world to jump on the new media bandwagon. His most recent paper does, however, conclude the printed newspaper is headed for extinction.


Continue Reading Why the newspaper is headed for extinction: study

La Presse threatens to shut down

North America’s largest French language newspaper will stop publication on Dec. 1 unless it wins major concessions from 700 employees, reports Associated Press.
Vice President Caroline Jamet has announced that both the paper and online version of the 125-year-old newspaper will cease publication in three months, unless costs are cut dramatically. The company wants eliminate 100 jobs and end four-day work weeks for other employees.
La Press is owned by a subsidiary of the Power Corporation of Canada.
Continue Reading La Presse threatens to shut down

The New Orleans Times-Picayune is the top paper in the United States in terms of market reach, according to a new U.S. study by The Media Audit, a communications consulting firm.

With the exception of The Washington Post, the biggest American papers did not fare as well. Newspapers with the largest market reach in the U.S. were found in New Orleans, Washington, San Antonio, Ann Arbor, Atlanta, Indianapolis, Birmingham and Reno.
Continue Reading Mid-sized papers reach higher percentage of population

Teens still like television, radio and newspapers and aren’t abandoning traditional media for the Internet, according to a new study.
The Nielsen Company recently released a study of media use by American teens. It found that teens watch less online video than adults, and spend less time on the internet than adults do.

PaidContent offers breaking news about the business of news

PaidContent.org covers the evolution of the news and media industries. It tracks everything from new digital offerings to union negotiations at newspapers and the relationship between Google and its old-media partners. Paidcontent is the flagship offering of ContentNext, a series of sites and newsletters owned by Guardian News and Media.
Continue Reading PaidContent offers breaking news about the business of news