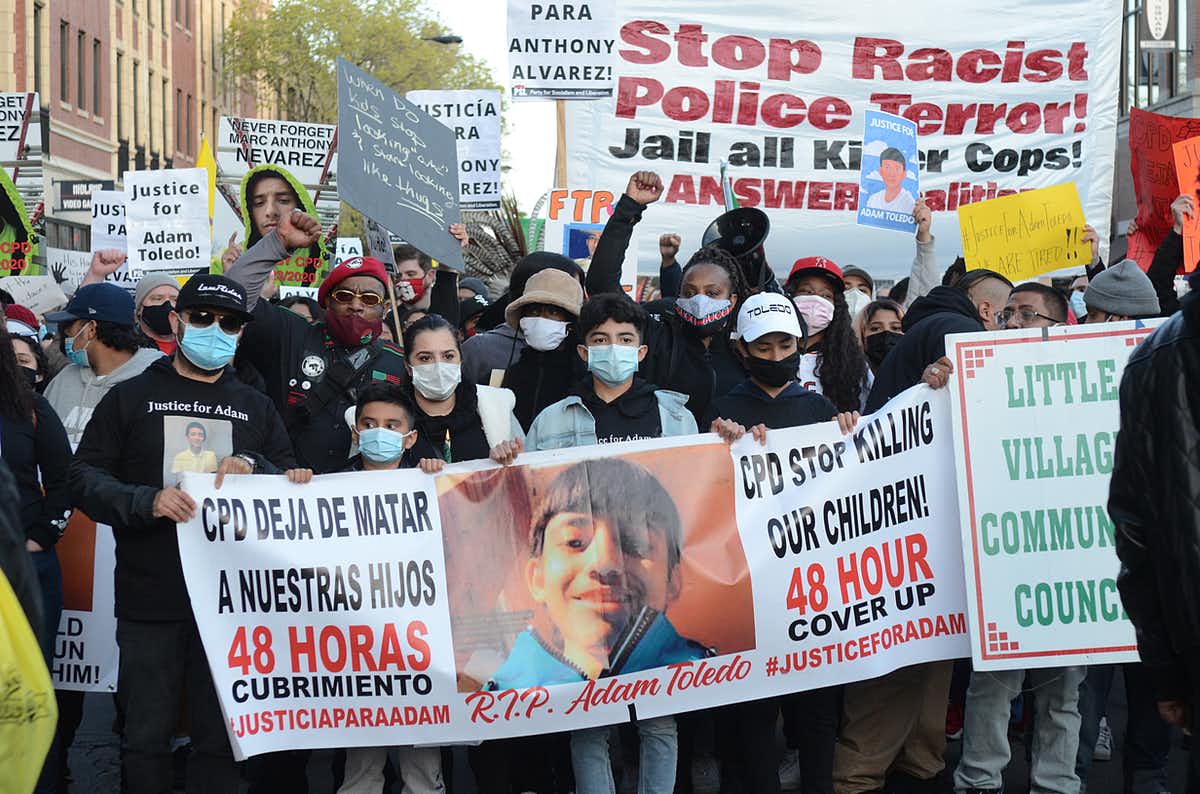 The death of 13-year-old Adam Toledo might well have made international headlines on March 29, 2021 – the day he was shot and killed by a police officer – had the emerging narrative been different.

Instead, early news reports of the incident relied on a police statement which said Toledo died in an “armed confrontation.” An image of a gun recovered at the scene was also released. During a bond hearing for the man who had been with Toledo when the chase began, prosecutors said a gun was in Toledo’s hand when police shot him dead.

Body camera footage released a full two weeks later now casts doubt on the accuracy of that narrative. A short video clip shows a chase which ends with Toledo turning his body toward the officer, arms raised. There is no gun is his hands when the shot is fired.

The Cook County state’s attorney’s office has since said the prosecutor “failed to fully inform himself” before speaking. Others go further, saying the prosecutor lied.

Either way, the body camera footage shifted the narrative.

As a scholar who researches media coverage of police and protests, I believe Toledo’s death exposes a continuing failure of journalism: a tendency to go with the “police said” narrative without outwardly questioning if it is right.

These are people journalists may work with regularly; they are often more accessible under the pressure of a deadline – especially if a victim’s friends and family are hard to reach or less willing to speak to the press. And even if officials are wrong or say something defamatory, a journalist can often report what they say with legal impunity.

All of this gives police an opportunity to shape the initial version of the event – and it gets their version of the story into the public consciousness before victims, families and their supporters are able to.

But often they do so in a way that is incomplete, misleading or presented for strategic reasons. Official statements may, intentionally or not, withhold or omit information. In Toledo’s case, the original statement given to media on the day of the shooting mentioned that “one armed offender,” a “male,” fled from police and a “confrontation” took place. “The officer fired his weapon striking the offender in the chest.”

There is no mention that, as later emerged, it appears that the gun was tossed and Toledo was raising his hands. The incident report listed Toledo as a “John Doe” and between the ages of 18 and 25 – and thus failed to reveal that Toledo was a child.

Similarly, on May 26, 2020, a day after the murder of George Floyd in Minneapolis, the city’s police released a statement to media under the subject line “Man Dies After Medical Incident During Police Interaction.” It noted the “suspect” had “physically resisted” and died after “suffering medical distress.” It does not say that an officer had Floyd pinned to the ground with a knee on his neck for more than nine minutes.

Just months before, in the police incident report documenting the 2020 death of Breonna Taylor in Louisville, Kentucky, officers didn’t include crucial details. It listed her injuries as “none” and suggested that there was no forced entry to her building. In fact, a battering ram was used and Taylor was shot multiple times.

And in June 2020, when a 75-year-old man fractured his skull during a protest in Buffalo against police brutality, the initial official response was he “tripped and fell.” Video quickly circulated showing he was shoved to the group by police in riot gear.

In the Buffalo case, the police version of the story was quickly and easily countered. It took place in the presence of witnesses, including journalists, some of whom took video. When, in the case of Toledo, the incident is away from the cell phones of bystanders, it can take longer to establish precisely what happened.

Police do not typically release body camera footage immediately – if it is released at all. Most footage is classified for weeks for internal investigation before becoming accessible to the public.

By that time, the public may have already been fed a narrative about what happened and the backgrounds of those involved.

Journalists have been criticized for being too quick to rely on police to tell the stories of victims. That is why the public tends to know more about the criminal histories of victims and their families, especially soon after an incident, than it does about the histories of the police officers who shot them.

I recently analyzed media coverage of the protests following the 2018 death of Stephon Clark, who was holding a mobile phone when police shot him in his grandmother’s backyard. The people close to Clark, like his family and friends, weren’t the key sources providing information about Clark’s character in coverage.

Instead, over the six months of news coverage analyzed, news stories most often relied on police accounts and records that profiled Clark in stereotypical and stigmatizing ways. They were helped along by the district attorney, who released personal text messages and internet searches from Clark that detailed relationship difficulties and apparent suicidal thoughts.

After presenting incomplete, misleading or downright wrong police reports as fact too often, reporters and editors are now speaking up about the problem. It was notable that journalists were among those most critical of the media response to Toledo’s killing.

“This is why journalists must stop reporting law enforcement accounts as fact,” tweeted The New York Times’ Nikole Hannah-Jones.

Chris Geidner, the executive director of The Appeal, a media site on law and criminal justice, went further: “… any narrative reliant on ‘police said’ is a failure of journalism. At best, police should be treated as one source for a story – an unreliable narrator in instances like officer shootings – and thus not sufficient to establish the story.”

This fits within a broader media reassessment of policies and practices that traditionally misrepresent and inaccurately represent people of colour. It includes initiatives to diversify newsrooms that have a long history underrepresenting people of colour.

And it comes at a time when the wider public’s trust in the police is waning. A Gallup poll in August 2020 found confidence in police had fallen to its lowest levels since the survey began recording the issue in 1993. Just 48 per cent of respondents said they had a great deal of confidence in police. Likewise, trust in the media has hit a new low.

Treating police sources with necessary and appropriate skepticism could provide news audiences with a more complete picture of incidents such as police shootings and disrupt a process that has privileged some voices over others.

And it isn’t a radical idea: Questioning and verifying information has always been a part of the journalist’s job. 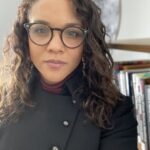 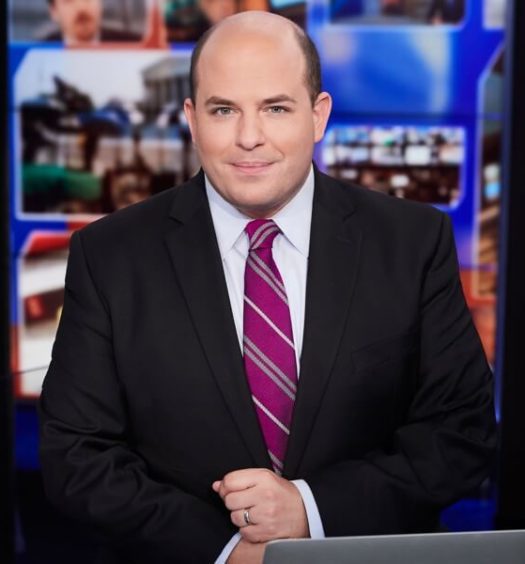 Stories from the Frontlines: Journalists and Protests with CNN’s Bria...

Stories from the Frontlines: Journalists and Protests with CNN’s Brian Stelter 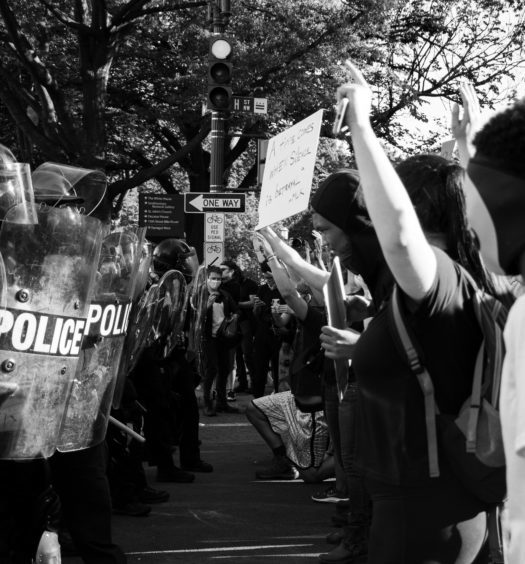