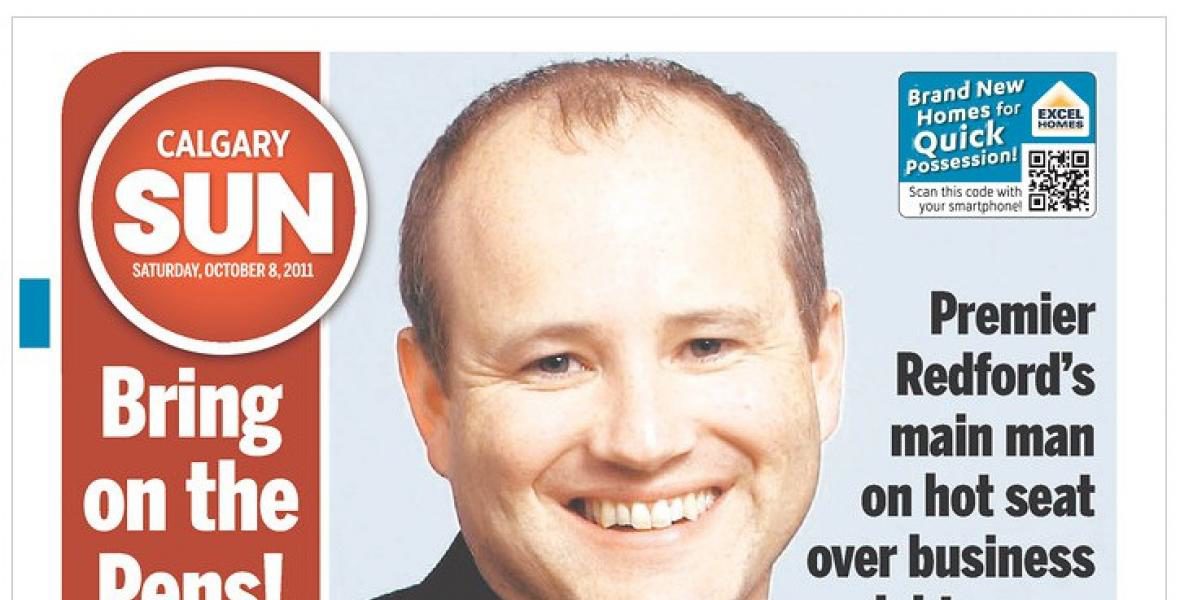 The Calgary Sun will now be printed by Black Press Group.
NewsBusiness

Twenty-six full-time and 26 part-time positions in Calgary will be eliminated when plant closes.

Black Press Group Inc. will begin printing the Calgary Sun newspaper this summer under an outsourcing agreement with Toronto-based Postmedia Network Inc., which will eliminate 52 positions as a result.

Other printing work for weeklies and community dailies currently done at the Calgary plant will be moved to other Postmedia production locations.

Postmedia says 26 full-time and 26 part-time positions in Calgary will be eliminated when the plant closes.

It says all employees will receive a combination of working notice and severance based on length of service.

Postmedia didn’t announce financial details of the restructuring costs or its outsourcing agreement with Black Press of Surrey, B.C., which has plants in Calgary, Red Deer, Edmonton, as well as several cities in British Columbia and the United States.

Printing of the Calgary Herald, also owned by Postmedia, was previously outsourced in 2013 to TC Transcontinental Printing.