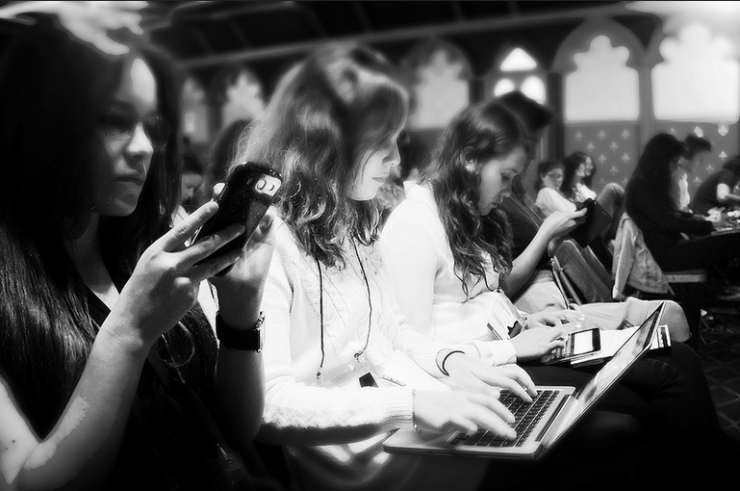 Can today’s journalists do their duties?

It is trite to say that technology is changing journalism. The incorporation of social media, web analytics, multimedia, and user-generated content into journalists’ daily routines has long been the norm. Journalism researchers have documented the changes brought about by the diffusion of particular technologies into newsrooms, evolving routines, and the “democratization” of media production via the levelling of the journalist–audience relationship.

The problem with much of this research, however, is that an over-excitement with gadgetry has led to blind spots in how we think about technology, the economic backdrop underpinning technological changes and how technological transformations affect journalists’ abilities to execute their democratic duties.

The insidious side of technocentric optimism is that it masks very serious material consequences. Gannett, for example, has pledged the creation of “newsrooms of the future” while shedding scores of longstanding employees, while the Chicago Sun-Times dismissed its entire, 28-strong full-time photography staff “as part of a multimedia staffing restructure.” It is increasingly clear that the 2008 economic downturn destabilized an already fragile labour force, and “convergence” has become an opportunity to shed staff and demand more from those who remained.

Scholars and commentators have largely ignored the material implications of technological changes. Rather, they proclaim that the job of journalism now falls to audiences. This is the “democratization” of journalism, a process that has cheapened news work by emphasizing an everybody-can-do-it mantra.

Journalism is an unusual entity in that it is both a field in which people exert labour, and a public service central to democracy. And so, harmony between the working routines of journalists and journalists’ public service functions is necessary. However, economic instability has made journalism an increasingly precarious career, with the relative security of old replaced by casualization and contingency. This has hit local and metropolitan newspapers particularly hard, according to a major FCC report.

Through in-depth interviews with journalists of varying levels of experience at three local and metropolitan newspapers in the Midwestern United States, we found that journalists feel that we are in an extraordinarily difficult time for journalism. They described several phases of layoffs, newsroom reorganizations and pay furloughs. They described how digitization provided management with the necessary cover to cut costs, spurred into action when profits began to dwindle.

Most journalists attributed industry change to a confluence of factors, including the global economic recession, a broken advertising model, the emergence of smartphones and other digital technologies, a lack of business innovation and eroding public trust for journalism.

One journalist spoke of how executives “did a horrible job of anticipating the kind of shock that the Internet was going to bring to the industry.” Another described the conflict between those who value journalism as a public service and those who value the cold necessity of the bottom line: “Shareholders want to just keep their prices up, their stocks up, so they don’t see the public good that newspapers do.”

Journalists fear that they are no longer able to provide the kind of robust journalism their audiences deserve. They articulated a seemingly unshakeable belief in the core functions of journalism, but recognized their ability to execute these functions was under threat.

Journalists spoke of the importance of accountability, accuracy, and context so that the public could make informed decisions. However, in the words of one journalist, “the idea hasn’t changed, but the manpower has.” Today’s journalists must be nimbler and do increasingly more with less. One journalist described a newsroom that once occupied three floors but that now barely fills one. Reducing staff often meant losing copy editors, designers, mid-level management, and in some cases, reporters. Those who remained have had to pick up stories on other beats, put in shifts on the copy desk and learn how to use smartphone image- or video-capturing technologies.

Journalists spoke of how these changes affect morale and lower expectations for the future of journalism. One journalist described the changes as a “morale pounder,” while another described how “after a layoff it’s like The Walking Dead around here.”

Such changes are detrimental to journalism in the public interest. For example, a copy editor explained that they could no longer “afford to be quite as thorough” as they once were, while another spoke of how “there’s no copy-editing at all” for breaking news. Sending erroneous Tweets is a common hazard, and journalists were asked to prioritize “quick-hit” stories that could attract “traffic” and “clicks” over in-depth enterprise reporting. One journalist, for example, complained of how “we don’t have the reporters scratching out there and knocking on doors and requesting and demanding people talk to us, showing up at the random meetings, walking neighborhoods.”

What do these findings tell us? Overall, we see a gradual process of dissociation, where journalists become alienated from their labour, as they are increasingly skeptical of the connection between their day-to-day work and journalism’s normative functions. These journalists cherish journalism for its public service, but fear that their work falls short of meeting public service goals.

We need to get serious about how we think about journalism. The idea that journalism’s renaissance will come through a smartphone-empowered audience is a plainly unserious proposition. We need to devote our energies to ascertaining a structure and revenue model that unifies journalists’ labour and normative duties. And we need to do so with some urgency.