The style guide change for Black adopted unanimously across Canada’s major newsrooms is only a baby step. Systemic patterns of problematic framing on race reporting, sourcing for stories and representation in media organizations all need urgent addressing

The Canadian Press’s Stylebook has been updated to capitalize Black when used in reference to a person’s race, reflecting “popular usage.”

“We actually said we’re redefining Black, we’re now accepting that Black is effectively a proper name rather than simply a generic term,” said James McCarten, editor of the CP Stylebook and Caps and Spelling. “The dam broke and it just seemed like it was time.”

The move comes as news organizations across Canada and beyond continue to reckon with systemic anti-Black racism in their own newsrooms, but it’s a change Black journalists and activists in Canada have been fighting for for years.

Similar changes have been implemented in the United States. McCarten said his team had been in consultations with the Associated Press, which amended its AP Stylebook to capitalize Black on June 19.

Erica Ifill, columnist at The Hill Times and co-host of the Bad + Bitchy podcast, has been capitalizing Black in her tweets since 2016 and has in her columns since she began at the paper in 2019 — but notes she has a Black editor.

Ifill said she sees the sudden decision for newsrooms to start capitalizing Black as “an opportunity for them to look like they’re changing something when they’re not,” and simply not good enough.

“It’s the lifespan of activism, right? You’re the radical, and then something happens globally or locally that makes people stop and pause, then you become the voice of reason without changing the message,” said Ifill. “The reason that these policies come out so quickly is because they’ve been on the shelf … they repackage your activism and sell it back to you as change.”

Ifill said she’s tired of what she calls meaningless gestures from the media industry in lieu of tangible change, referencing a CBC News story in which the first option for bystanders to intervene in attacks against Asian-Canadians heightened during the COVID-19 pandemic  was to call the police. It was quickly called out by critics, who pointed out that calling the police often constitutes an additional threat of violence for Black, Indigenous and racialized people. “Do you think if they capitalized ‘B’ in Black that would have made a difference?” she asked.

Current Xtra senior editor and author Eternity Martis made the case for capitalizing Black in the Ryerson Review of Journalism in 2016, writing it is “an act of defiance against a society that often paints minorities as secondary.

“As journalists, we have tremendous power in shaping how people see each other and, with that, a responsibility to get it right,” Martis wrote in the Review.

“We don’t get to call ourselves ‘progressive’ if we’re unwilling to modify a community’s name just because it’s not in the dictionary. We should all know that black is a colour, but Black is for people.”

The day before the Canadian Press announcement, CBC and The Globe and Mail both updated their in-house style guidelines. TVO and Now Magazine started capitalizing Black in 2016, while the Toronto Star made the switch in 2017.

Prior to last week’s announcement, McCarten said the Canadian Press’s position was that “Black” wasn’t a race, and the same went for terms like “white” and “brown.” “These were generic descriptors that were used almost as shorthand.” Following the change, “white” will remain lowercased.

When J-Source asked if there has been any internal discussion within the Canadian Press — as the leading style guide for the majority of newsrooms in Canada — to try to be proactive on these matters, McCarten said that style has to be reactive by definition.

“It’s a reflection of the way people use the language, it’s not meant to blaze a trail,” said McCarten. “Anytime you make a change, it doesn’t matter what the change is, it’s going to be disruptive… If it’s changing every year, every other month, it ceases to be a style at all.

“As a default position we try to resist change for change’s sake, because that’s counterproductive,” he said.

McCarten said that as a wire service, there’s a danger that making a change such as capitalizing Black unprompted may be seen as a political statement or an editorial path for clients to follow.

“When you tell [clients] to capitalize a word in the middle of the sentence for really no grammatical reason, you need to have a good reason to do it,” said McCarten. “Every time you go further down that road, you’re going to be under additional pressure to do it elsewhere. I hate to use ‘slippery slope,’ but it is a slippery slope.”

“All of these newsrooms, right this moment, are competing in some way for Black voices. A lot of what their internal staff have been saying, they’re still not doing,” Ifill said.

Instead of patting themselves on the back for such a small change, Canadian newsrooms need to re-examine “how they’re recruiting, promoting, mentoring, the stories they tell and the people they highlight,” Ifill said. “Canada is more concerned with the vanity of an issue than the substance.”

Although the Associated Press had yet to make the switch to capital Black when J-Source interviewed her, Ifill said she has followed AP style, which was amended in 2019 to instruct news outlets to stop using euphemisms such as “racially charged” or “racially motivated” when describing incidents of racism. “That still hasn’t come to Canada.”

After a lifetime of symbolic gestures, Ifill said it’s time for immediate action. Specific measures she would like to see include making federal support for journalism contingent on organizations meeting diversity targets and fulfilling accountability measures such as regularly reporting data.

On making transformational change, Ifill said she keeps telling people, “you don’t have to convince everybody, you just have to convince somebody in leadership to do it.” However, she also added: “I know this country.” 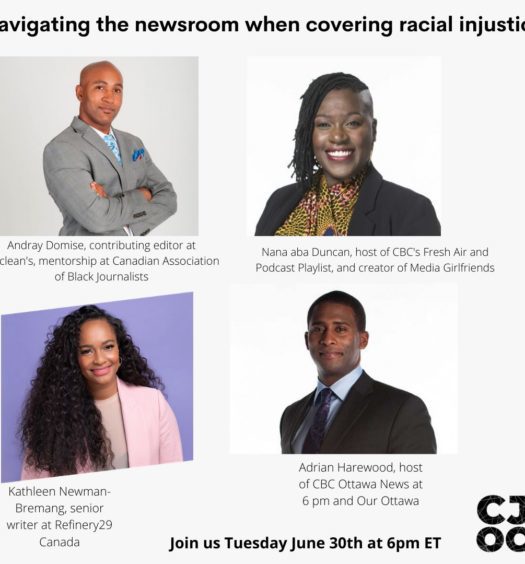 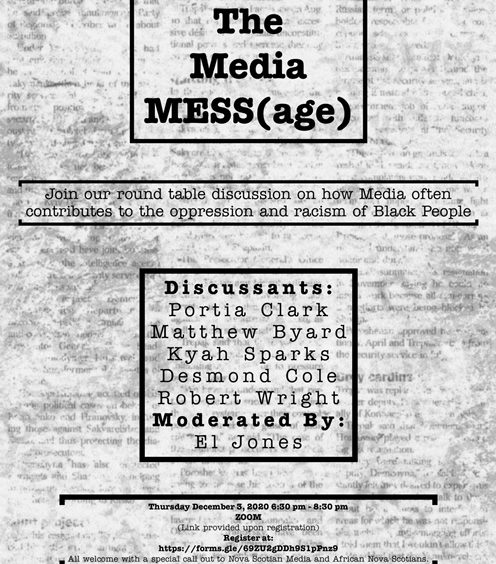