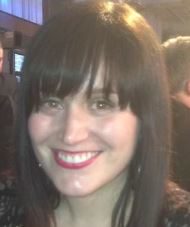 For the last two and a half years, Gentile has worked as an assignment editor at Global Toronto. She joined the company in 2007 after graduating from the journalism program at Humber College. She was also part of the team that won the Canadian Screen Award for Best Newscast and collected four Edward R. Murrow awards this year.

@troyreebglobal @GlobalLeth Thanks for the warm welcome! Proud to be a part of the team here.