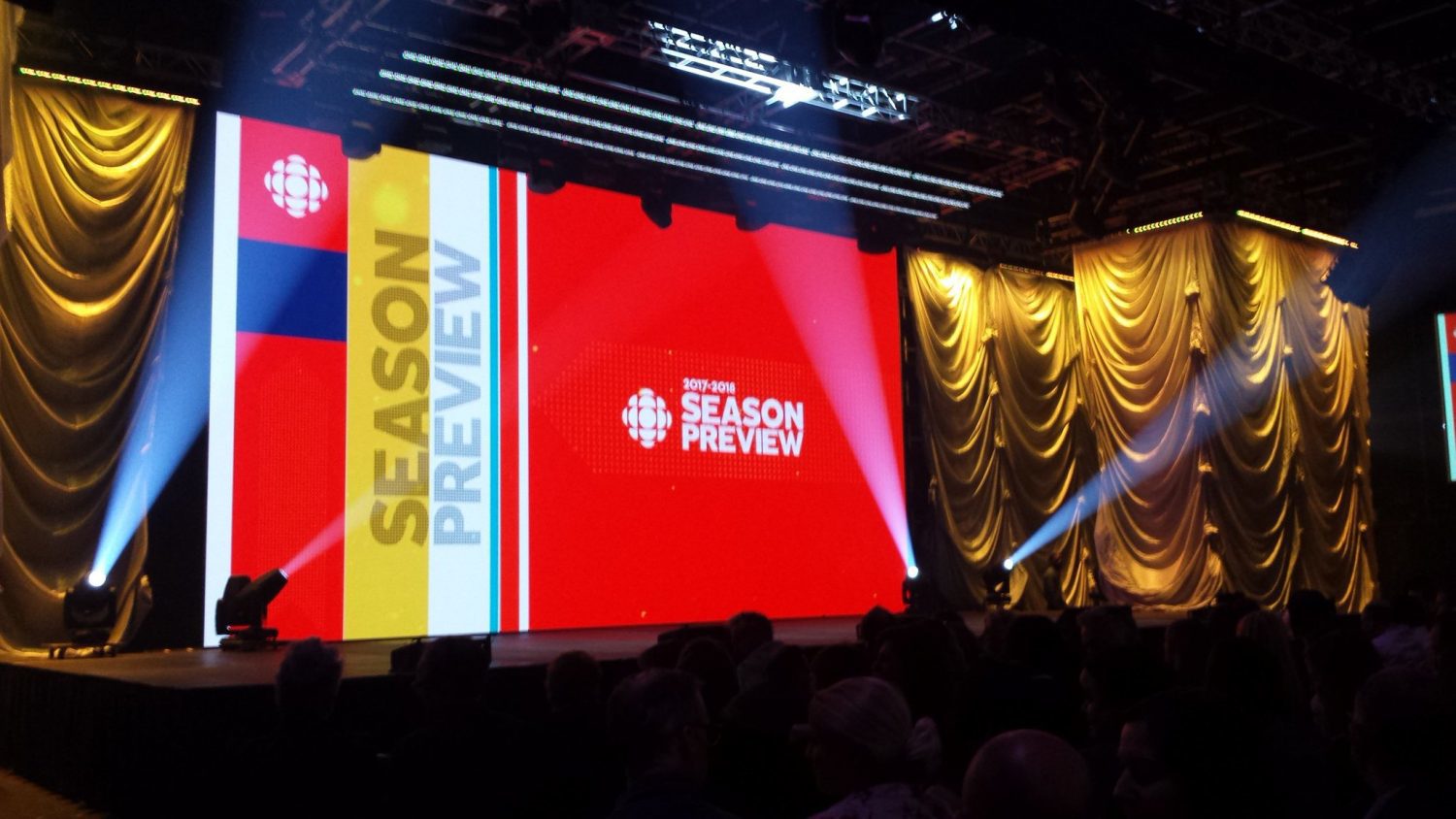 No news yet on who — or how many people — may host The National.

CBC announced its full programming line up on May 24, but executives are still mum about who — or how many people — might be hosting CBC News’ flagship program The National after Peter Mansbridge retires on July 1.

At a presentation at CBC’s Toronto headquarters, Jennifer McGuire, general manager and editor-in-chief of CBC News, said  there would be no immediate announcement about who is taking over hosting duties. She told J-Source in an interview they expect to make the announcement towards the end of June, in advance of the fall relaunch of the show. Among the changes might be to the hosting format — McGuire confirmed that they are considering having multiple hosts for the show, though nothing is set in stone.

“One of the things we are trying to do with the new show is frame it around working journalism,” she said. “We want the ability to have people in the field doing stories without the show having to jerk one way or the other to have to accommodate that.”

Mansbridge, though retiring from The National, is also considering presenting a documentary series on the network.

What was Peter Mansbridge’s favourite National moment? Reporting on climate change live from the Arctic. pic.twitter.com/vsKNk3xUDw

CBC’s slate of new and returning original podcasts also show the commitment and success the network is making in that area. The second season of Someone Knows Something had over 20 million downloads worldwide alone. “The BBC has called it the gold standard in storytelling,” Susan Marjetti, executive director of radio and audio at CBC, told J-Source.

New podcasts this season include: The Fridge Light, hosted by former Globe and Mail food critic Chris Nuttall-Smith; Alone: A Love Story, a memoir from Michelle Parise; On Drugs, a weekly series launching June 26 that explores our relationship with narcotics; and A Seat at the Table, also premiering on June 26, a roundtable politics and current events show.

Returning on June 26 is New Fire with host Lisa Charleyboy. In the fall, Someone Knows Something will be back with two podcasts centred on cold case files.

The Juno Awards return to CBC in 2018, after being broadcast on CTV for 16 years. Tom Power, the host of CBC Radio’s q, told the audience at the presentation that CBC Music will do educational programming around the Juno’s all year round.

The Juno Awards are coming back to the CBC pic.twitter.com/ZjeWRYmDwr

You can see CBC’s full season line up here.