The complainant, Ira Zbarsky, objected to a story covering pro and anti-Kinder Morgan pipeline demonstrations. He said they were framed as equal. Programmers agreed with his assessment shortly after the story went up, and it was rewritten. He was not satisfied and wished to know how it happened and what consequences there might be. Here’s the explanation.

You were concerned that a story about two demonstrations, a large one against, and a small one in favour, of the Kinder Morgan pipeline distorted the relative size and importance of the protests. The title of the article was “Protesters rally for and against Kinder Morgan Trans Mountain pipeline plan.”

Do you consider this report a fair and balanced report on the massive upsurge of outrage re Kinder Morgan Trans Mountain pipeline project.

Not til the last line of a long article does the article mention that the pro march of Alberta workers was 200, the protest re Kinder Morgan 5000.

This was in fact the largest Indigenous led protest march with the support of non indigenous perhaps in history!

You wanted to know what remedial steps would be taken. Once the article had been modified, you wanted to know who was responsible for the error and what might have been the “motive for such an outrageous article.” You wondered if it was a deliberate deception. You were also concerned that significant damage had been done because the article was rewritten two days later, and by then a false impression had been created.

You also asked why the crowd estimate of the anti-Kinder Morgan rally was based on RCMP estimates. You thought the reporter should have asked those who support the pipeline whether they were paid to attend and given time off work to travel from Alberta to stage the demonstration.

Treena Wood, News Director for CBC British Columbia, replied to your concerns. She told you that after receiving feedback about the coverage, the news team did a “prompt review” of the coverage of the two demonstrations. She said they realized they had given too much weight to the pro-pipeline rally and adjusted the coverage accordingly to “more accurately reflect both events” and acknowledged the changes with an explanation as to how the online piece had been modified. It acknowledged that the coverage of the smaller rally was disproportionate in the original piece. She assured you that there was no other agenda, but rather faulty judgment at play:

Media on the Move: September 27 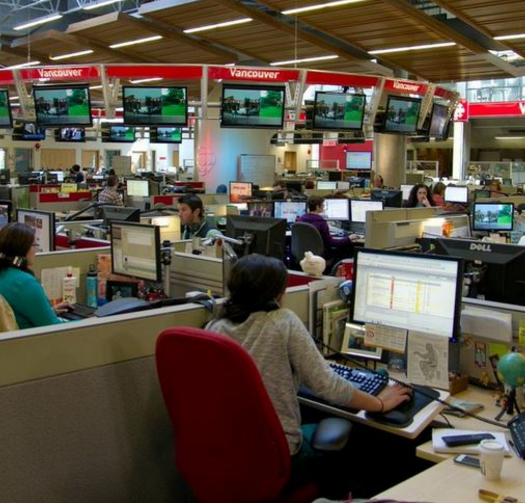