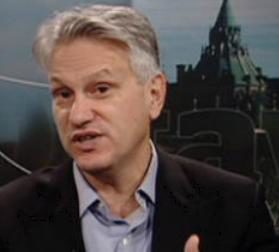 The unparalleled reach and impact of CBC News brings with it the sobering realization that a mistake could move markets and mar lives, writes CBC's newly appointed parliamentary bureau chief Rob Russo. And yet, even in this era of often instant and disposable journalism, the accuracy of reporting at CBC is a splendid monument to the taxpayers that demand it.

Rob Russo was recently appointed Managing Editor of the CBC News Parliamentary Bureau in Ottawa. The following are Rob’s remarks on his new role and responsibilities.

There are scant few news operations that enjoy the scrutiny of the CBC News political bureau in Ottawa. Canadians own it. They are rightly vigilant about the news it produces. Their trust has been earned over eight decades since Conservative Prime Minister R. B. Bennett established the Canadian Radio Broadcasting Commission in 1932 to bring a young country and Canadians together. They are quick to let us know when they think we are wayward.

Any new Ottawa bureau chief is going to be humbled. The political operation was built by CBC giants. As a cub reporter, I was dazzled by the Ottawa CBC-Radio-Canada line-up. The team in the ’80s included the elegant David Halton, the intrepid Brian Stewart, an insightful young Chantal Hébert and one of the best political reporters still in the game – Peter Mansbridge. The brilliant Elly Alboim led this squad with aplomb.

A newbie looking to fit into their brogues is just looking for trouble. But anyone looking to emulate their example must be prepared to earn the confidence they and others established with our bosses, the Canadian taxpayer. This is a responsibility any new employee must embrace and come to relish.

And the CBC makes that an easy burden to bear. The Ottawa bureau is part of an eco-system of talented journalists across the country. Together we serve all parts of the news service through an integrated approach for radio, television and all the digital ways news is distributed, both locally and nationally.

My brief experience here has made it clear that the search for facts is relentlessly governed by an unrelenting demand for accuracy and balance. As an outsider just recently arrived, I can’t tell you how impressed I am by the CBC’s Journalistic Standards and Practices, how often we are reminded of its exactitude and how rarely we stray from it. And when there has been any question raised about our work, the swift and comprehensive response to those questions has been remarkable.

A muscular ombudsman stands ready to respond to the concerns of readers, viewers and listeners as soon as they’re registered. Again, the brevity of my time here has not prevented me from bearing witness to how seriously those concerns are weighed at all levels of the operation.

That responsibility is keenly felt throughout the CBC and it is factored into every decision made by Ottawa reporters and by reporters across the system. The unparalleled reach and impact of CBC News brings with it the sobering realization that a mistake could move markets and mar lives. And yet, even in this era of often instant and disposable journalism, the accuracy of reporting at CBC is a splendid monument to the taxpayers that demand it.

To continue reading this column, please go to the cbc.ca where it was originally published.