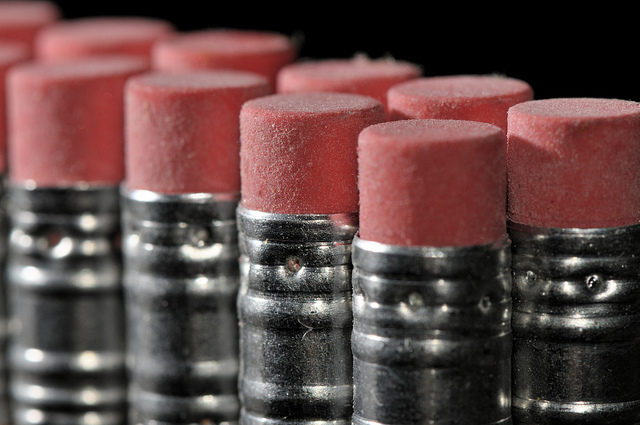 Charlie Hebdo and the journalism classroom

How journalism professors across the country dealt with teaching freedom of expression, editorial judgment and cultural awareness in the wake of Charlie Hebdo.

On a Tuesday morning this past January, journalism professor Anne McNeilly was teaching her first Introduction to Reporting class since the Christmas break. She started the session the way she always did.

“So, what was newsworthy this week?” McNeilly asked the 30 students in her first-year class at Ryerson University’s School of Journalism.

This got everyone talking about the Jan. 12 reveal of the cartoon slated for the cover of the French satirical magazine Charlie Hebdo. The image was the magazine’s response to the Jan. 7 attack on Charlie Hebdo’s Paris office by armed Islamist terrorists, an attack that killed 12 people and injured 11. The cover cartoon featured a weeping Muhammad holding up a sign that says “Je suis Charlie,” or “I am Charlie.” “All is forgiven” was the cover line above the image.

Instead of showing her class the Muhammad cartoon, McNeilly showed them one previously published by Charlie Hebdo that portrayed the pope dressed as a stripper. In it, the nearly naked pope appeared with angel wings, gloves, a bra, platform sandals and a line that read: “Ready to solicit customers.”

“I showed a Charlie Hebdo cartoon that made fun of the Catholic religion rather than Islam because I thought there was not going to be any blowback or concern about offending people,” she said. “If I had to do it again, I would show [the Muhammad cartoon], but would preface it by saying that if anyone’s uncomfortable, [they] absolutely don’t have to stay.” She asked students if they would republish the offending Charlie Hebdo cartoons in stories reporting the tragedy and the surrounding controversy about publication.

In the ensuing debate, a number of students said they would never want to be an editor because they wouldn’t want to make such a difficult decision.

McNeilly wasn’t the only instructor who grappled with how to discuss the Hebdo cartoons and whether to show them on a campus with a diverse student population. It was cause for reflection among journalism school professors across the country.

At  Concordia University, journalism instructor Alan Conter didn’t hesitate to show the cartoon to students in his Journalism Ethics and Law course. “Here, in Montreal, given that all francophone media broadcast or printed the images, it would be ridiculous not to show them in class,” he said. While he does give students the option so leaving the room, Conter said it is important for journalism students to confront difficult material.

Karim H. Karim, a communications professor at Carleton University and director of the Carleton Centre for the Study of Islam, did not show the cartoon in his Media and Conflict class. “Showing these cartoons…is a minor issue,” he said. “I discussed the social context, the power context, the function of satire and the line between criticizing, satirizing, insulting and abusing.” Karim said that if he were to show the cartoon, he would allow students to leave if they wished.

Paul Adams, also at Carleton, showed the cover to his class. “I felt we couldn’t talk about opinion columns and editorial cartoons without actually seeing the most controversial example of that going on in the world today,” he said. He added that journalism students need to have a greater capacity to see difficult things than the general public.

David Swick, a journalism professor at the University of King’s College, was vehement in his opposition to showing the cartoon. Although he didn’t teach his ethics course this semester he said, “I wouldn’t [have shown] it because it’s insulting, it’s causing harm and it’s not causing any gain,” he said. “The vast majority of students here at King’s are Western people.…I don’t think the drawing is going to give them understanding at all…because they’d just see a cartoon.”

Instead of singling her out during class, McNeilly asked Oyesile aside afterwards if she would have been offended if she showed the cartoon of Muhammad. Oyesile said she would not have taken offence.

“As a journalist, you have to have thick skin,” Oyesile said. “In order to understand a story, you have to tell it from every point of view.”

While Oyesile agreed with McNeilly’s decision to approach her after class, she also took issue with the idea of students being given the to leave class before showing such material in future. “I would feel uncomfortable…if a professor had singled me out like that.

James Turk, a visiting professor at the Ryerson School of Journalism and author of Academic Freedom in Conflict: The Struggle over Free Speech Rights in the University, said one possible source of tension in the classroom may be what he calls “the confusion between freedom of expression and journalistic ethics.”

Turk pointed out that this was increasingly common after the attack on Charlie Hebdo’s Paris office.

“While we do have a freedom of expression right to be offensive, we also have an ethical right not to be gratuitously offensive.”

He added that everyone must be free to show the images, but argued it is an exercise in freedom of expression to decide it is inappropriate to show them.

“A lot of people felt that the only way [they] could confirm [their] commitment to freedom of expression was to republish the images,” Turk said. “And I don’t think that’s right.”