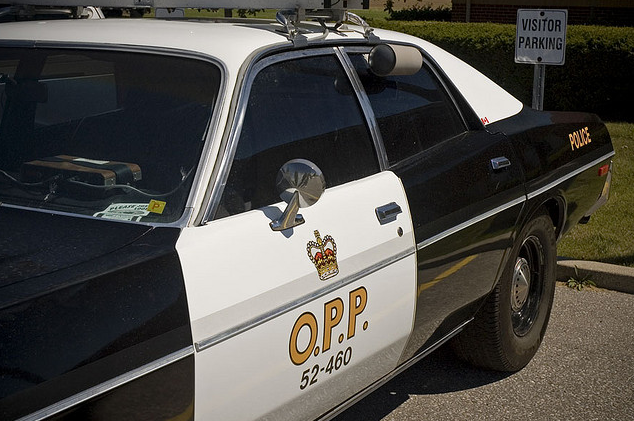 An Ontario superior court judge has dismissed a charter challenge filed against a practice that saw a handful of provincial police officers pose as journalists.

An Ontario superior court judge has dismissed a charter challenge filed against a practice that saw a handful of provincial police officers pose as journalists.

Three major media organizations went to court last May to argue that the practice violated the constitution by having a chilling effect on freedom of the press.

But in a decision released last month, Justice Benjamin Glustein said that no such practice truly existed.

Philip Tunley, the lawyer representing the media group, says Glustein’s ruling was disappointing and did not address the main questions around freedom of expression.

He says the CBC, Canadian Journalists for Free Expression and the Radio-Television News Directors Association of Canada are considering whether or not to appeal the ruling.

The media organizations argued that the practice of impersonating reporters could place genuine journalists at risk by raising suspicions about who they are, as well as limiting the ability to develop trusting relationships with key sources.

Tunley said Glustein’s argument was particularly technical and focused on each individual point raised during the hearing rather than addressing the overarching questions they raised.

The application was centred around specific cases in which police officers impersonated reporters, and Glustein’s ruling focuses on why each individual instance doesn’t represent a widespread practice.

“What he never does is to sort of sit back and ask the question that we said was important, which was … are sources likely to believe that there is a practice from all of the reported incidents,” Tunley said in a telephone interview.

The application filed by the media organizations cited the cases as proof provincial police pose as members of the media to gather information as part of a criminal investigation.

In one notorious case, two officers filmed protesters at Ipperwash provincial park in 1995 and, when asked who they worked for, named the fictitious United Press Associates. Police confirmed the deception years later at a public inquiry into the fatal police shooting of an aboriginal protester.

In another case, an officer keeping an eye on protesters during an aboriginal Day of Action on Tyendinaga Mohawk territory in 2007 admitted he had pretended to be part of the media, court heard.

Glustein’s decision, however, dismissed the argument.

“There is no practice of plainclothes OPP officers engaged in media-presence surveillance to identify themselves as journalists if questioned as to their identity,” the decision reads. “Consequently, it cannot be considered a ‘real’ practice and, as such, I do not address the theoretical constitutional validity of the issue.”

The lawyer representing the three respondents in the case – the Attorney General of Ontario, the Minister of Community Safety and Correctional Services and the Commissioner of the Ontario Provincial Police – could not be reached for comment.

Attorney General spokesman Brendan Crawley issued a statement saying that “the Ontario Provincial Police used investigative techniques that were in accordance with the law and do not infringe freedom of expression under the Charter.” He declined to offer further comment on the ruling since a decision to appeal is still pending.

Tunley said that decision will be made before the end of the month.

This CP article is republished here with permission.