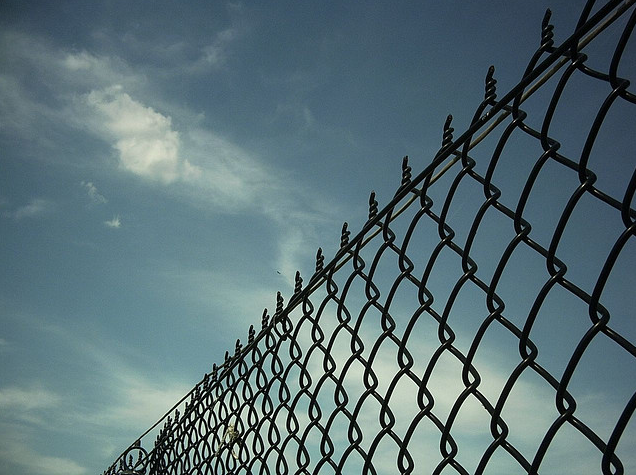 Marian Botsford Fraser isn’t a floral prose stylist. Her language is direct, her similes sparse. This treatment is perfect for writing about Renée Acoby’s long ordeal in a particularly Kafkaesque branch of Canada’s prison system. Botsford Fraser’s writing neither falls prey to sentiment nor sides with the authorities that have kept the woman behind bars for so much of her life. Her examination of Acoby’s experience—including the woman’s acquaintance with Ashley Smith, who died in 2007—is profoundly measured. In “Life on the Installment Plan,” Botsford Fraser uses limited sources to tell a story that’s both deeply personal and a microcosm of much larger issues besetting Correctional Services Canada (CSC). She succeeds in creating a “more humane version” of Acoby’s story than courts or newspaper coverage, one that exposes and humanizes larger stories about how we treat female convicts in Canada.

Botsford Fraser depicts Acoby as someone who has been victimized by the impossible-to-follow rules that govern perceived “violent” women in the hands of CSC. From the beginning, CSC paints Acoby as high-risk, threatening and volatile: throughout, Botsford Fraser points out instances where Acoby’s behaviour is, in fact, remarkably consistent. She views Acoby in a more holistic manner than her jailers, asking if the CSC, and its rules, have had a formative rather than a reformative role in creating the woman who continues to sit in a cell today.

But Acoby is also unusual. Her time in the prison system increased significantly because of incidents that happened while serving her initial sentence. She has been the target of several unusual programs, none of which has been subjected to a charter challenge. And CSC seems to be actively preventing any more information about her from emerging, says Botsford Fraser.

In 2012, when this story was written, Acoby was one of the few women ever considered a “dangerous offender.” She also spent years as one of the four women—all indigenous—governed by the Management Protocol, an impossibly restrictive series of regulations that any one of us would find it difficult to follow. In some ways her story parallels that of Ashley Smith, but her personality was different. While she may have a “volatile temper,” she lacks the “profound mental afflictions” that haunted Smith’s short life. From the primary source material Botsford Fraser can get—a few phone conversations, at least one brief in-person meeting, letters—and the secondary material, Acoby is “well spoken, articulate and intelligent.” She also has a long history of violence, much of which was committed either when she was a minor or when she was in custody, or both. But she’s not a monster, and doesn’t seem like someone who should be incarcerated indefinitely, the fate she faced during the time when Botsford Fraser was working on the story, and still today.

It’s hard to say too much about the incidents at the story’s heart: the hostage-takings and other behaviours that led to Acoby’s dangerous offender designation. In some ways, this story ended being a write-around, defined by the information that Botsford Fraser couldn’t get and her interpretation of the information she could. She counterbalances clean, factual prose, which details prison procedure and her ability to access people or documents, with an empathetic, human interpretation of those facts before her. We can put faith in her conclusions because she leads the reader through the evidence that has led to them.

To Botsford Fraser, the story of Acoby’s journey through the courts is “larded with racial bias and incendiary psychiatric speculations.” In fact, some of the most fleshed-out material in the story features Acoby only tangentially. That’s because there was a lot of news coverage when Ashley Smith took her own life in Grand Valley, a different prison from the one that held Acoby. However, they were both in the “purgatory of segregation” created by the Management Protocol.

Acoby is clearly flawed and at times violent, but Botsford Fraser’s telling doesn’t place these human failings first. She foregrounds the CSC’s ongoing failures to help her subject in any way. The CSC website states it offers “a variety of correctional programs to help inmates become law-abiding citizens.” It doesn’t seem like Acoby is being helped and numerous different authorities—legalistic, humanitarian, academic—are happy to tell Botsford Fraser about the damaging effects of prolonged isolation and other aspects of the Management Protocol.

In January 2015, Renée Acoby lost an appeal to overturn her “dangerous offender” status. The local paper ran a story about it under the headline “Psychopath who took hostages in a Kitchener prison loses appeal.” She currently resides in the Edmonton Institution for Women, where she will remain indefinitely. “The court’s reasons for rejecting Acoby’s appeal were unavailable” when the Kitchener-Waterloo Record ran the story, but the news account is laden with the kinds of judgments that have characterized her time in court.

That’s the real strength of Botsford Fraser’s piece. She presents evidence and her observations but, unlike the courts and unlike the Record, she doesn’t offer conclusions. Rather, she offers evidence, some of which is heart-rending. In the end Botsford Fraser gives Acoby herself the last word, something probably rare for a prison inmate, quoting a poem that Acoby sent her—a final, humanistic touch.

Kat Eschner’s work has appeared in Spacing, Now, the Vancouver Observer and the Tyee, among other places. She will graduate from the Master of Journalism program at Ryerson University in 2016.