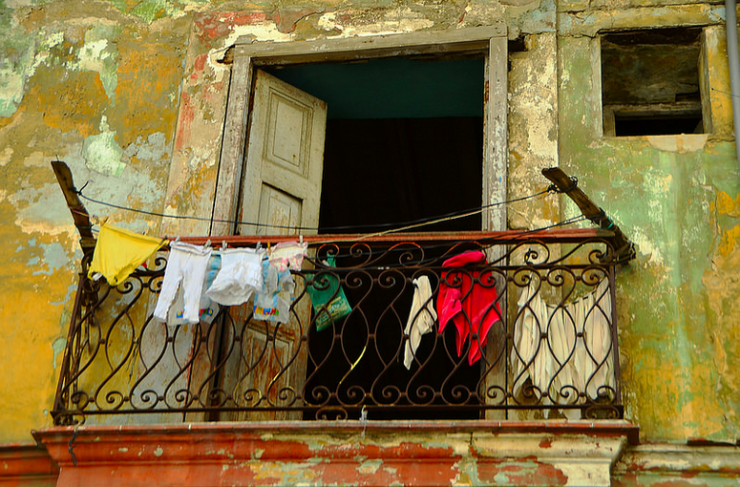 Contemplating tourist ethics in Chris Turner’s “On Tipping in Cuba”

This 2012 Walrus feature turns the seemingly innocuous act of tipping into an examination of the larger ethical transactions made when a Canadian tours Cuba.

The title describes a simple vacationer’s duty to which many people may not offer a second thought. Tipping is a North American standard—so much so that a Canadian server’s minimum wage is based around the expectation of a tip for services rendered. The restraint of this title is eye-catching. How can the act of tipping in Cuba—something so menial and pedestrian—be grounds for a story?

That’s precisely the point. In this Walrus magazine feature, Chris Turner, through a personal account of his vacation in Cuba, explores the significance of the Canadian tourist’s role in the life of a Cuban local. This relationship goes far beyond the payment for services rendered. Turner at one point calls the Canadian tourist a “modern vassal,” that is, a person granted use of the land in return of things of material benefit for the land’s owner. Here he is referring to the “unspoken” tradition of bringing simple goods such as towels, toothbrushes and school supplies to give to locals who, beyond not being able to afford them, simply do not have access to them in Cuba’s “truncated marketplace.” This practice is mostly unquestioned, and Turner recognizes the story angle in discussing the practice.

Accompanied by a brief explanation of Cuba’s two different currencies (the non-convertible CUP, only accepted in-state to buy rations, versus the CUC, traditionally used by tourists), he presents the idea of a symbolic exchange rate. Although the exchange from CAD to CUC is largely the same, there is an ocean between what $10 is worth to a Canadian and a Cuban. Canadians have, he says, “colonized Cuba by accident on vacation.”

What makes Turner’s piece so potent is that he is the Canadian tourist acting as the reader’s eyes, sharing his own ignorance by reporting on the practice as honestly as possible. Through his experiences, he begins to fully understand the role he plays and, vicariously through him, the reader begins to understand.

Turner begins with himself on a rooftop remembering the events of the day: having $10 snatched from his hand by a local he had befriended, and with whom he had spent the day on an unofficial tour of the city. His first reaction was to be upset by this and wonder if he had been stolen from. Turner then takes us through his thought process from this initial shock and upset to an epiphany of what had happened to him and why, casting himself as an unintentional colonizer against the colonized. The local deserved the $10, and it, in comparison, meant little to Turner. In fact, all Cubans deserved more for the work they did.

Turner shows the reader how he came to this conclusion through anecdotal evidence, describing the small mistakes Canadian travellers would easily identify with, such as absentmindedly paying $3 in Cuban convertible currency for one ration-grade (read: crappy) ice cream cone and not realizing until hours later that equals $60 in Cuban pesos, the equivalent of 240 pounds of rice. Each instance is reported through the perspective of the ignorant Canadian tourist and his introspective afterthoughts.

The anecdotes are woven with historical facts of Cuba’s ongoing economic struggle—background context necessary to understanding his experience—and an explanation of why Cuba’s economy is so different from other popular tropical vacation spots such as the Dominican Republic. (Though possibly less so in the future, due to the United States and Cuba’s recent agreement to restore diplomatic relations.)

These bits are calculated such that the prose does not become overladen with their weight; rather, when the story’s content brings a question to the reader’s mind, Turner quickly supplies a fact to answer it. He is able to capture the character of Cuba as a whole with just a handful of snapshots of individuals, describing them as pointedly as if he had known them for years.

The most important part of this piece, though, is what it’s missing: the victim. Although Turner ascribes himself the role of colonizer, he writes about the people he encounters as equals. They are not pitied or victimized; they are empathized with. There is no connotation of the “White Man’s Burdenn” nor prosaic and insensitive first-world self-empowering philanthropy. There is simply an attempt to understand another culture’s circumstances and a personal resolve to change his interactions accordingly.

Kathleen McGouran is a graduate of the Ryerson School of Journalism. She is a reporter at the National Post. You can find her on Twitter @KatMcGouran.