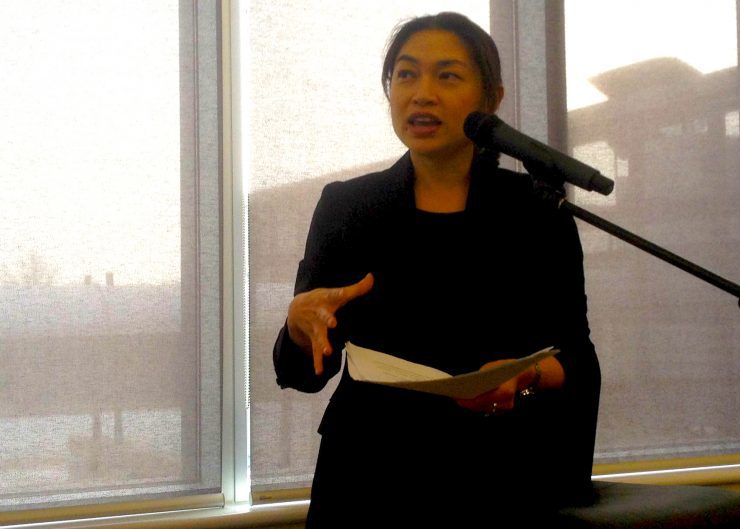 Covering Afghanistan: Mellissa Fung on telling the other side of the story

Former CBC TV reporter Mellissa Fung finds a new mission in the country where she was held captive.

By Adam Jönsson & Jake English, for the International Reporting Bureau at Humber College

Mellissa Fung was sipping a single malt whiskey in Kabul’s embassy district when she got into a heated debate with a correspondent for The New York Times over the tone of the newspaper’s Afghan news coverage.

The former CBC TV Afghanistan correspondent, then on her first assignment as a freelance reporter, was fired up over her host’s gloomy reportage of the country’s future.

‘‘I said, ‘You are not telling the other side of the story. You are not seeing the little girls in white headscarves. That’s progress. You can’t deny that’s progress,’’’ said Fung, who was staying at the Times’s residence, having politely turned down an invitation to stay with Canadian Ambassador Deborah Lyons.

Speaking to journalism students at Toronto’s Humber College recently, she recalled telling the U.S. reporter, ‘‘You need both sides before you can make a judgment where the country is at right now.’’

It was a surprisingly upbeat observation from a journalist whose previous tour with the CBC had ended in 28 days of captivity, during which she was locked underground and brutalized by her young kidnappers.

For a time, instead of telling the stories of Afghanistan, Fung became the story, something she regrets in hindsight.

“Enough ink and air time was wasted on me,” she said.

After her release, Fung wrote the best-selling book Under an Afghan Sky, which she said forced her to relive the experience while offering no catharsis. She said she wrote the book to set the record straight since a lot of news reports regarding her kidnapping was wrong.

The publication of the book did, however, set her on course to return to Afghanistan—on her own hook since the CBC refused to send her back—in 2013.

‘‘For me, the stories became really personal. I never got to finish those stories,’’ said Fung, who wanted to focus on the positive development in Afghanistan.

‘‘This was my first time as a freelancer. I felt I had a little bit more freedom. It was more of a reporting trip than going with a pre-conceived story idea and bringing that back. I had time and freedom to meet and talk to people,’’ said Fung.

‘‘Sometimes when you are on assignment you have to file, you have deadlines. That puts a different kind of pressure on your storytelling. You hear a sound bite and can go. When you have time and are doing research you can draw them (interviewees) out a bit more.’’

In terms of safety, Fung said she was still able to take every precaution despite not having a big news organization backing her up. She rode in a low-key vehicle and always made sure to cover her head.

Fung told her story in front of an audience of journalism students on the final stop of a speaking tour that took her to journalism schools across the country. The tour was sponsored by the Aga Khan Foundation—a non-profit organization that promotes international development in countries such as Afghanistan.

Fung said the experience of being kidnapped and assaulted did not define her, but it did provide a credential to speak to—and in some cases for—those whose voices are in danger of being lost as attention shifts to other crises in the region.

“They say…’If you could just tell Canadians that we still need their support. We know the military is gone, but we don’t want them to forget about us.’ That’s the message they wanted me to bring back.’’

She told the story of a 19-year-old living in a shelter to escape a six-year marriage during which she had been beaten and sexually assaulted by her husband and in-laws.

The woman was in the process of negotiating a divorce and obtaining work—two things that would have been unthinkable under the Taliban. “I walked away with a sense of optimism and hope,’’ Fung said.

Guled Roble agreed: “She’s one of the people I aspire to be.’’