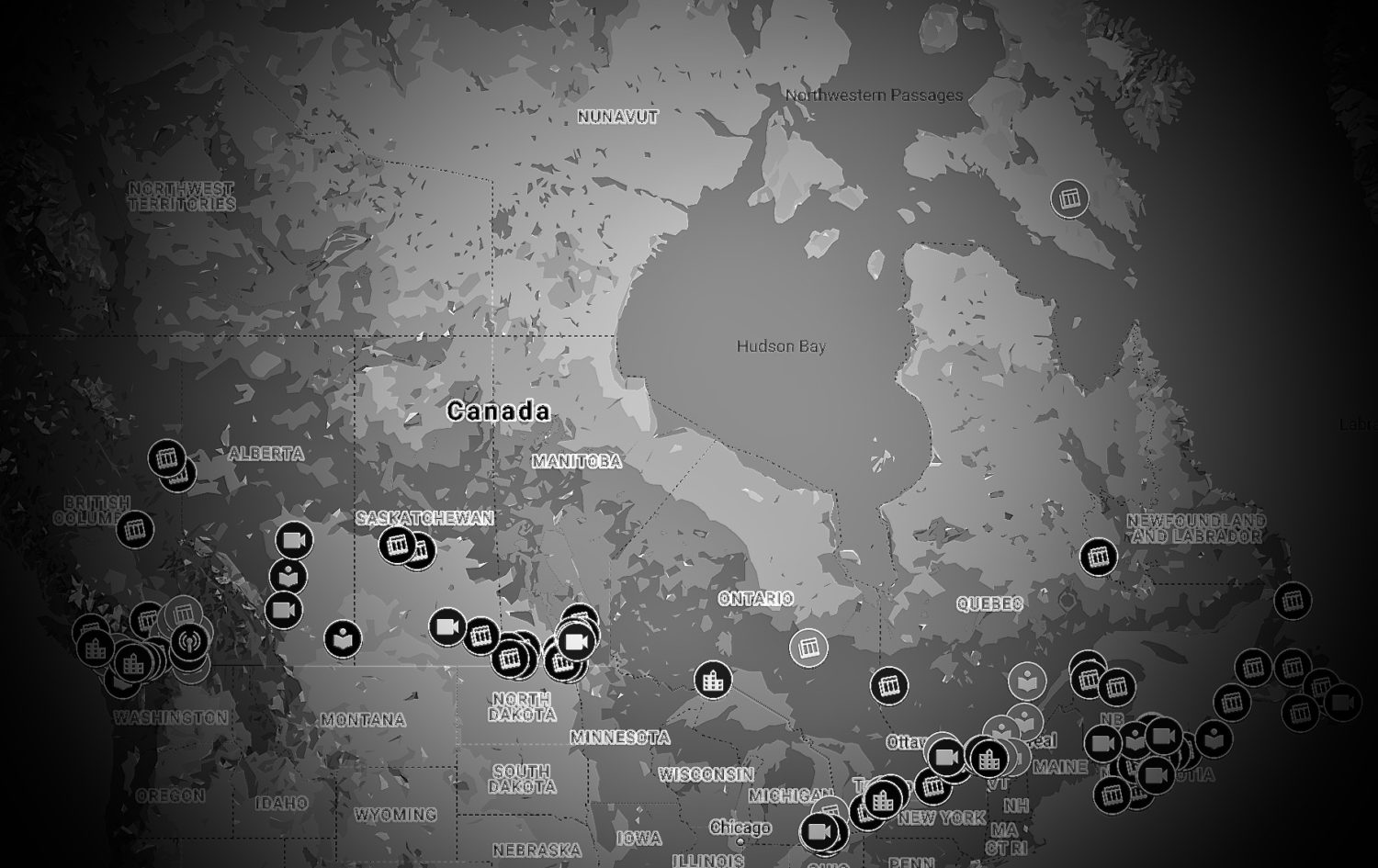 The COVID-19 Media Impact Map for Canada is a joint project of J-Source, the Local News Research Project at Ryerson’s School of Journalism and the Canadian Association of Journalists.The map and fact sheet are prepared by the LNRP principal investigator April Lindgren and project research assistant Christina Wong.
NewsCOVID-19: Media in Canada

46  outlets — 30 community papers, 12 daily papers and 4 magazines — have cancelled some or all print editions.

2,553 editorial and non-editorial jobs have been cut permanently or temporarily.

810 permanent job losses have been confirmed to date. The status of many layoffs remains unclear. In some cases, employees have been rehired, in other cases it is not known whether layoffs are permanent or temporary.

As reopening progressed across the country this summer, working conditions surrounding COVID-19 began to shift, with some broadcasts resuming and temporary layoffs ending. In other cases, “temporary” cuts or closings have become permanent.

We will update incident reports and the information box associated with map markers to reflect those changes as we are made aware of positions, hours and services being restored.

This update includes 37 new markers, some that represent changes that have taken place since Aug. 14 and others for newly verified impacts from earlier in the pandemic.

CBC announced on Oct. 7 that it is cutting about 130 jobs across English-language services from five locations across the country by the end of 2020, mostly positions in Toronto. About 60 employees will be laid off from multiple divisions, while other positions will be cut through attrition and unfilled vacancies. Affected employees include 40 unionized members of the Canadian Media Guild from five locations, 11 unionized employees affiliated with the Association of Professionals and Supervisors and 10 managerial positions. Fifty-eight positions from news, current affairs and local news will be impacted, including 19 layoffs.

Four Glacier Media community papers in Manitoba — Reston Recorder, Melita New Era, Souris Plaindealer and Deloraine Times & Star — were permanently closed in September. These losses are in addition to eight community newspapers in Manitoba that were shuttered in by Postmedia in April.

Great West Newspapers announced earlier this fall that approximately 30 temporary layoffs have become permanent, representing about 15 per cent of the workforce. The total includes seven newsroom layoffs (proofreading, photographers and sports). Between the end of March and beginning of April, the company stopped publishing individual print editions of 10 community newspapers in Alberta, merging the papers’ local content into three regional print and digital editions.

The COVID-19 Media Impact Map for Canada is a project of J-Source, the Local News Research Project at Ryerson’s School of Journalism, and the Canadian Association of Journalists. Cuts sourced through news reports, company statements and our own reporting have been used to create each marker. For large companies, in many cases it is not clear from the information available which divisions, publications or programs have been affected so we have mapped the changes to the head office location and the specific outlets where there is known impact. As a result, the number of news organizations affected by COVID-19 are underrepresented on the map. For fact sheets that summarize the latest map information and to access our data spreadsheets, visit the LNRP’s website.