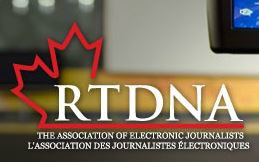 The award honours seven individuals from across Canada who have distinguished themselves in broadcast journalism.

Newstalk 1010’s Dave Agar and CKNW’s Jon McComb are among the seven journalists who will receive RTDNA Canada lifetime achievement awards this year.The award honours individuals from across Canada who have distinguished themselves in broadcast journalism.

The award winners, according to a press release, are:

Deborra Hope, B.C. Region: She has worked for 31 years as a reporter, producer and anchor at Global/BCTV.

Jon McComb, B.C. Region: He has been the host of The World Today on Vancouver’s CKNW for nearly two decades.

Michael Fulmes, Prairie Region: He has worked in various senior roles, including executive producer and news director at CTV Saskatchewan and managing editor at Global Edmonton.

Dave Agar, Central Region: He is the morning news anchor and commentator on Newstalk 1010 CFRB and was news director at CKFM.

Peter Downie, Central Region: He worked as a regional and national host with the CBC for 25 years on shows such as Midday, Man Alive, As It Happens and Cross Country Checkup.

Rick Grant, Atlantic Region: Grant is a senior reporter at CTV Atlantic in Halifax and he established ASN/ATV's first bureau in St. John's.

Peter Coade, Atlantic Region: Coade was recently recognized with a Guinness World Record for the longest career as a weather forecaster, marking 50 years in October 2012. He still works as a broadcast meteorologist at CBC Maritimes.