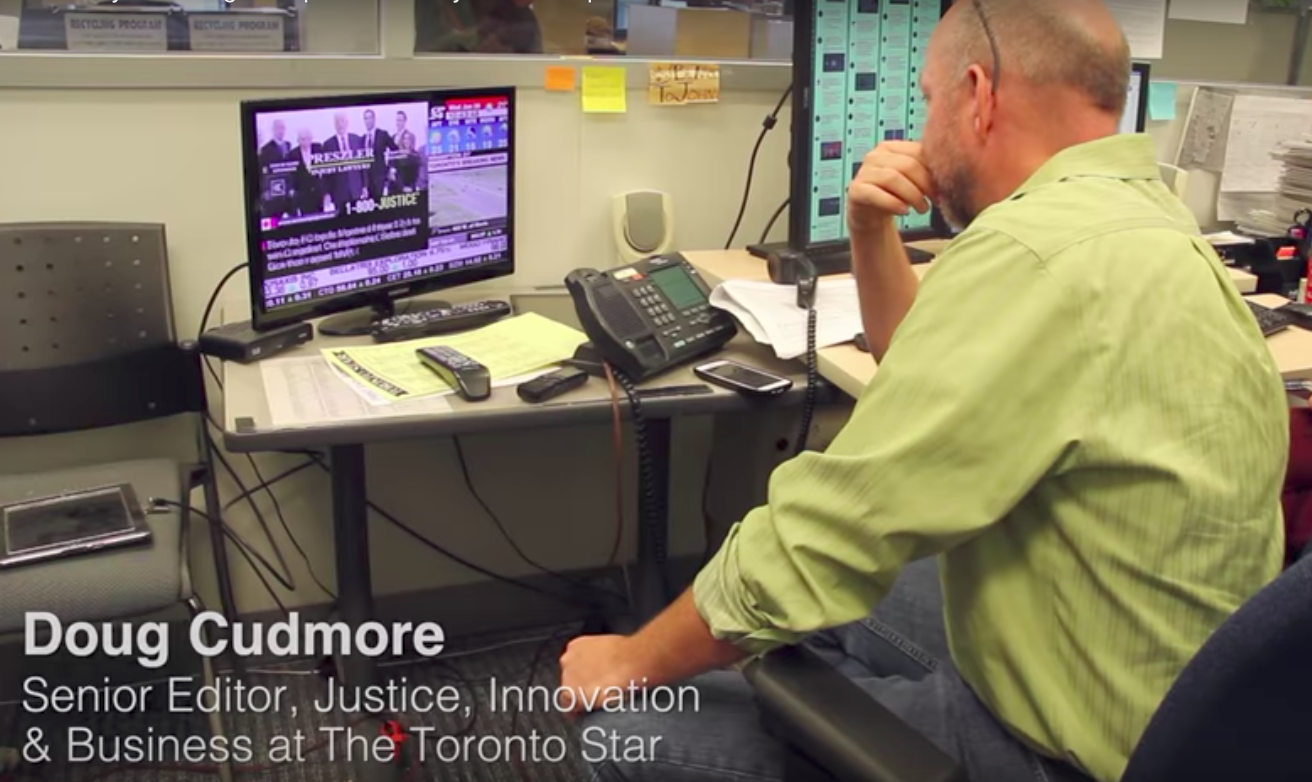 ‘Do you need help with that?’ How a Star editor ended up handling a crisis call

Toronto Star editor Doug Cudmore’s account of the day a man called The Star newsroom saying he had a hostage.

By Doug Cudmore for the Toronto Star

You’re not ready for the day you feel you literally have lives in your hands.

But that’s what happened on Wednesday.

Due to a confluence of events — including my own unfortunate habit of saying, “Do you need any help with that?” — and a separate confluence of events I can’t even imagine in an Eglinton West massage parlour, I was sitting in the Star’s radio room, chatting via speaker phone to a very agitated man.

He said he had a hostage; I could hear her in the background. He wanted to talk to someone, he wanted to get help. He didn’t want this to end badly. I agreed with that part. Quite strongly. I turned off my inner journalist and tried to make sure these two people stayed alive and unhurt, to say nothing of the police I assumed would be arriving at any moment.

Our caller said that he wanted to stay on the line with us; he was fine to talk to police, but they had to be on our line, not in person at his location. So the Star called the police to our newsroom, and I got talking.

To be clear: I’m not trained for this kind of thing. I was going by gut. But my first thought was to get things calm. I’m originally from the country, so I reached back and talked the way I might back home, brought out a “buddy” or two and dropped my g’s. It turned out the caller had had a hard start in Halifax, and I thought the laid-back talk would help.

And I tried to steer the conversation toward subjects that kept our caller calmer. It seemed he’d taken this desperate step to get someone to listen, and I tried to be that person, hoping that by giving him a chance to speak his mind, he’d cool down.

As we talked, I could see the journalism begin to pop up around me — a video camera through the window, a recorder or two placed in front of me. But I stayed focused on keeping our caller talking, and hopefully keeping everyone safe.

As he spoke, he spelled out the details of his life — from the way he told it, a difficult one, the kind of life you could see leading to a phone call like this. But he also told me the details of his situation. He said he had a weapon (he wouldn’t say what it was). He had locked the doors, taped the windows. At one point as we talked, he told the woman to start taping some more. This was the most upsetting moment, when the reality of his power over her was clearest.

Most stressful, though, was when the police actually arrived at the massage parlour.

The caller told me he could see their activity via security cameras, could see them crouching and hiding. He sounded upset again.

But while the police had arrived at the massage parlour, there was not yet an officer I could speak to at the Star, no one to update about the situation. I briefly pictured a grainy black-and-white TV image of an officer trying to make a move, not knowing he’d been seen the whole time. I imagined the worst.

I refocused, turned the conversation away from those screens until the police came to the newsroom. Which they did, and expertly took things from there.

In all, I’m told I was on the phone for something just over 45 minutes (odd, it’s rare I get to talk to my closest friends for that long; that’ll change this week). But it was the next minutes that were the longest, as I waited to find out the fate of the woman, the caller, the police.

Co-workers wanted to talk, but I didn’t have the appetite until I knew everyone was OK — there’s no use getting a pat on the back if someone ends up hurt.

I had just left the newsroom to grab lunch when, at 12:27, the police called with an update. Of course, the call broke up. So I literally ran back to the newsroom to get word — the way news used to spread, way back in the day, before newspapers, websites, smartphones.

The officer told me the caller was in custody, the hostage was safe, the police were OK.

I shook his hand thanks, felt the nervous tension of the morning start to release. I headed down to the Star lobby, called my wife. Felt a tear come to the corner of my eye, for a couple of people I couldn’t have even imagined existed on my way to work that day.

Then I headed upstairs and got back to my day job. This is journalism, after all. The pages don’t fill themselves.

This story was originally published on the Toronto Star, and is republished here with permission of the author. 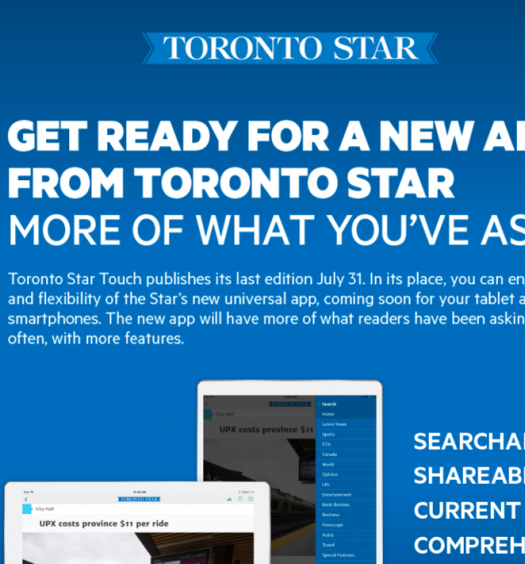