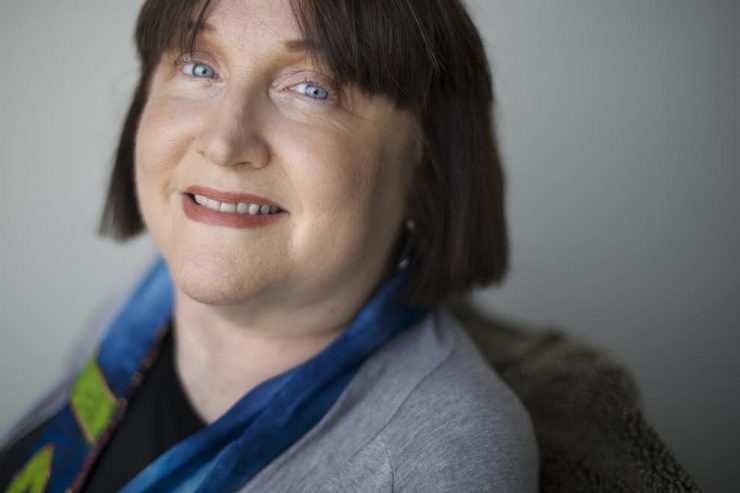 New scholarship will help fund tuition for a student with a disability at Ryerson University.

Barbara Turnbull was 18 when she was shot while working in a Mississaugua convenience store in 1983. The injury left her paralyzed from the neck down.

But her disability never stopped her from achieving her goals, whether that was becoming a prolific journalist, lending her name and energy to many volunteer causes or leading a life filled with art. When she died of complications of pneumonia on May 10, 2015, it left her friends and colleagues searching for a way to honour a reporter and person who was never defined by her disability.

The Barbara Turnbull Award is the result. The scholarship will help fund tuition for a student with a disability at Ryerson University in the faculty of communication and design, which includes the journalism department.

Leslie Scrivener, a former features writer at the Star who now freelances, is among those helping raise funds to start the award. She hopes they can raise $27,000 as an endowment so that the school can award $1,000 to a deserving student a year.

“We would love Barb's journalistic colleagues to donate generously to remember her and to help another student move into a really meaningful career,” Scrivener said.

According to Statistics Canada, the employment rate for people with disabilities is 49 per cent—and that rate drops depending on the severity of their disability. However, post-secondary education can make a difference in employment rates, almost making it non-existent in some cases.

Turnbull herself graduated from Arizona State University in 1990 and was class valedictorian. She went on to write over 1,200 stories during her career at the Star, according to a Star article about her memorial service, including many that raised important issues into the public eye.

That the scholarship will benefit a student in Ryerson’s faculty of communication and design is very appropriate given not only Turnbull’s profession, but her passions. “She was interested in design and you could see that in the way she lived; even in the way she dressed,” Scrivener said. Turnbull commissioned custom clothes from Toronto designer Izzy Camilleri, which in turn helped start her line of adaptive clothing.

She also started the Barbara Turnbull Foundation, which raises funds and awareness for spinal cord research.

Scriverner said Turnbull was the most exceptional person she has ever known.  “She did so much for others, and I don’t even think we know the start of it or half of it.”