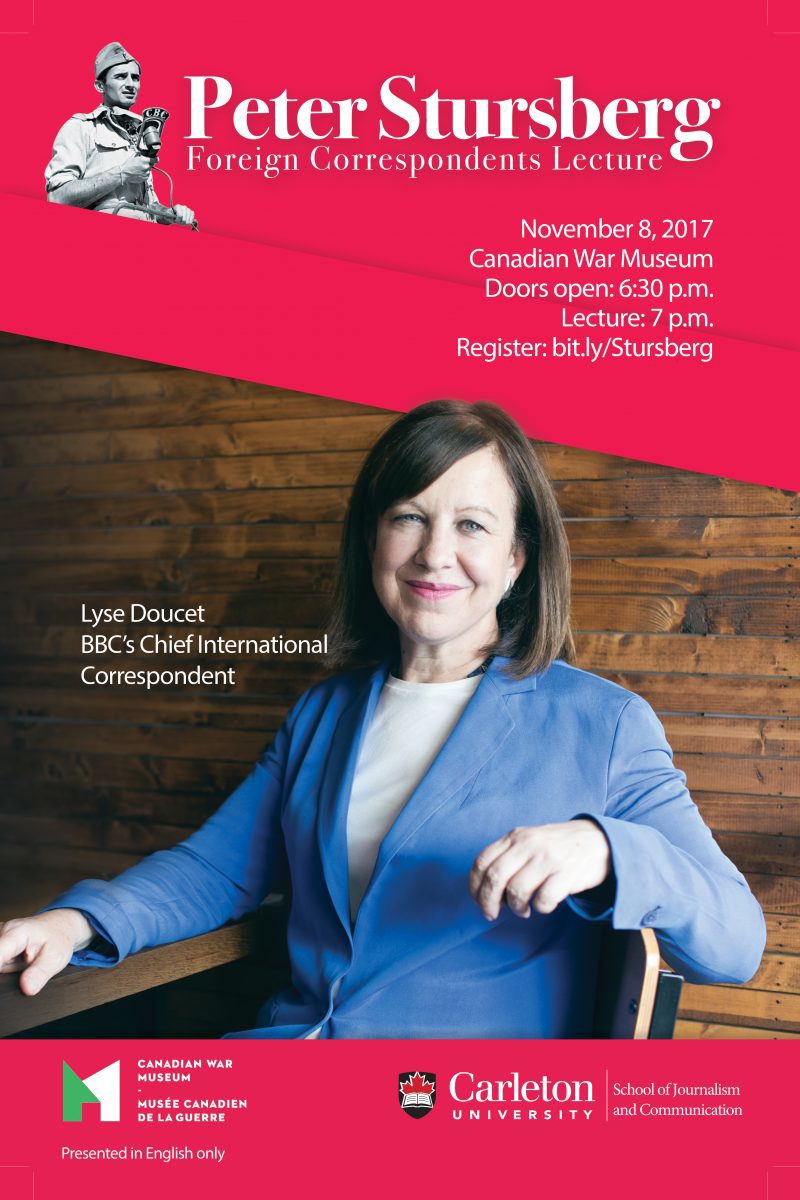 Carleton University’s School of Journalism and Communication, through the generosity of Richard Stursberg and Judith Lawrie, has established the Peter Stursberg Foreign Correspondents Lecture.

Paul Kennedy, the host of the CBC Radio program Ideas, will moderate the evening.

The School is pleased to collaborate with the Canadian War Museum to offer the Peter Stursberg lecture.

The lecture will be presented in English only.