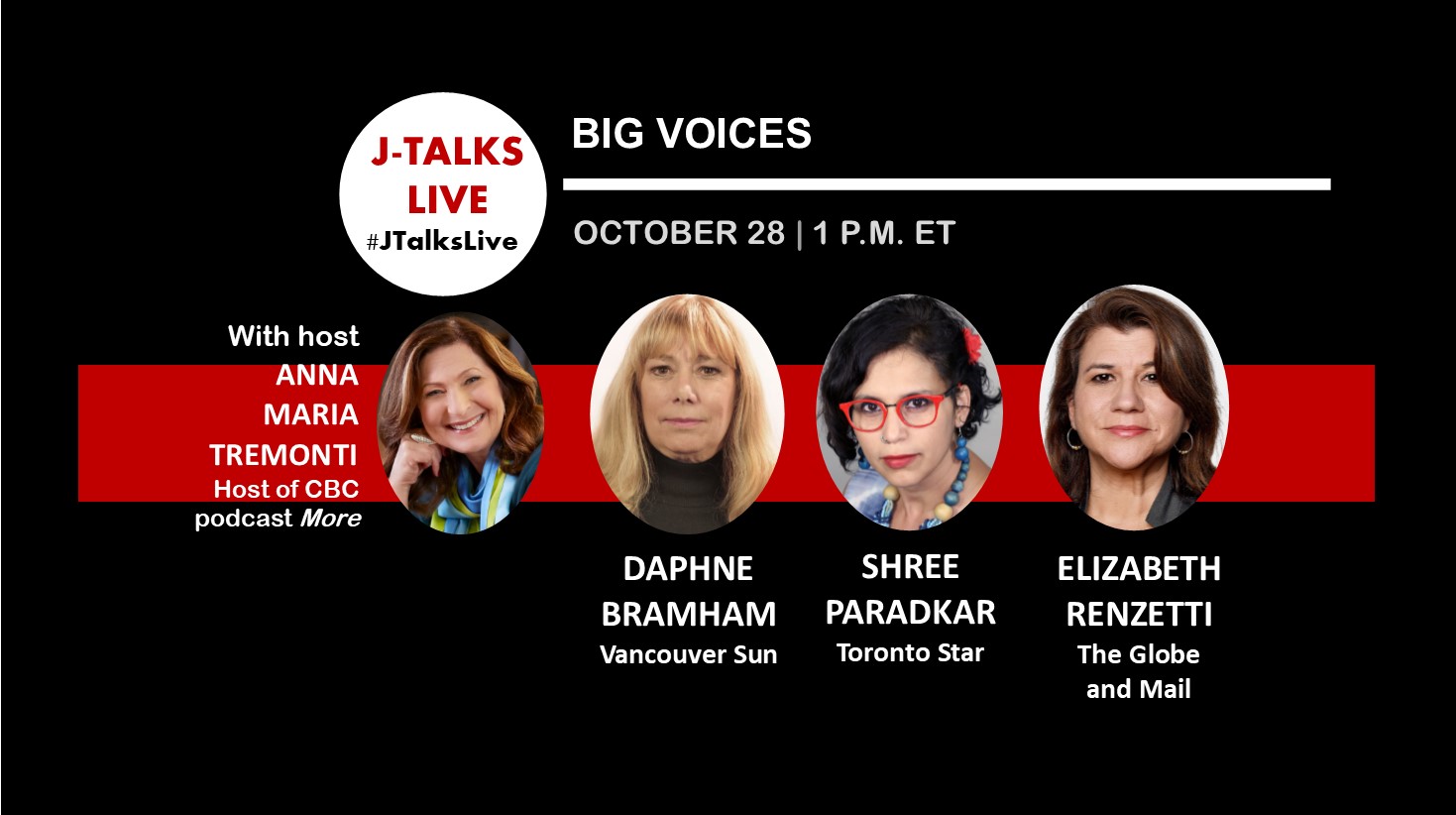 At a time when a range of voices and perspectives are available across multiple platforms, and a choice word or angle can be a landmine—setting off a barrage of online hate—what does it take to be a columnist and how has the role evolved in a fraught social media environment where attacks inordinately target women and racialized journalists?

Daphne Bramham is a Vancouver-based journalist and author who has written extensively about children’s rights, women’s rights and animal rights. She has covered two Olympics, two elections in India, the handover of Hong Kong to Chinese control in 1997 and too many elections in Canada to count. A columnist for the Vancouver Sun since 2000, she was named Commentator of the Year by the Jack Webster Foundation in 2019, an award she had won previously. She has also received a National Award for column writing. She is a past recipient of the Rosemary Brown Award for women and in 2011 was named Champion of Child and Youth rights by the BC Child and Youth Advocacy Coalition. Her book, The Secret Lives of Saints: Child Brides and Lost Boys in Canada’s Polygamous Mormon Sect, was published in 2008 and was a finalist for three national, non-fiction book awards. @bramham_daphne

Shree Paradkar is a Toronto Star columnist who writes on anti-oppression and social justice issues. She is also the Star’s – and Canada’s – first internal ombud, a position created to develop an anti-racist newsroom. She is the 2018-2019 recipient of the Atkinson Fellowship in Public Policy and winner of two Amnesty Awards for Human Rights reporting. Earlier this year Shree won the Racial Justice in Media award by the Urban Alliance of Race Relations. Shree is the author of Betrayed: My cousin’s wrongful conviction for the murder of her daughter, Aarushi, and has been a journalist in Bangalore, Mumbai, Singapore and Toronto. @ShreeParadkar

Elizabeth Renzetti is a Canadian journalist and author. Her column runs weekly in the Globe and Mail, where she is also a feature writer. She is the author of two books, the essay collection Shrewed: A Wry and Closely Observed Look at the Lives of Women and Girls and the novel Based on a True Story. She has reported from London, Los Angeles and Berlin and was also the Globe and Mail’s Arts and Books editor. In 2020 she won the Landsberg Award for her reporting on gender equality. @lizrenzetti