BuzzFeed: From Listicles to Hard News 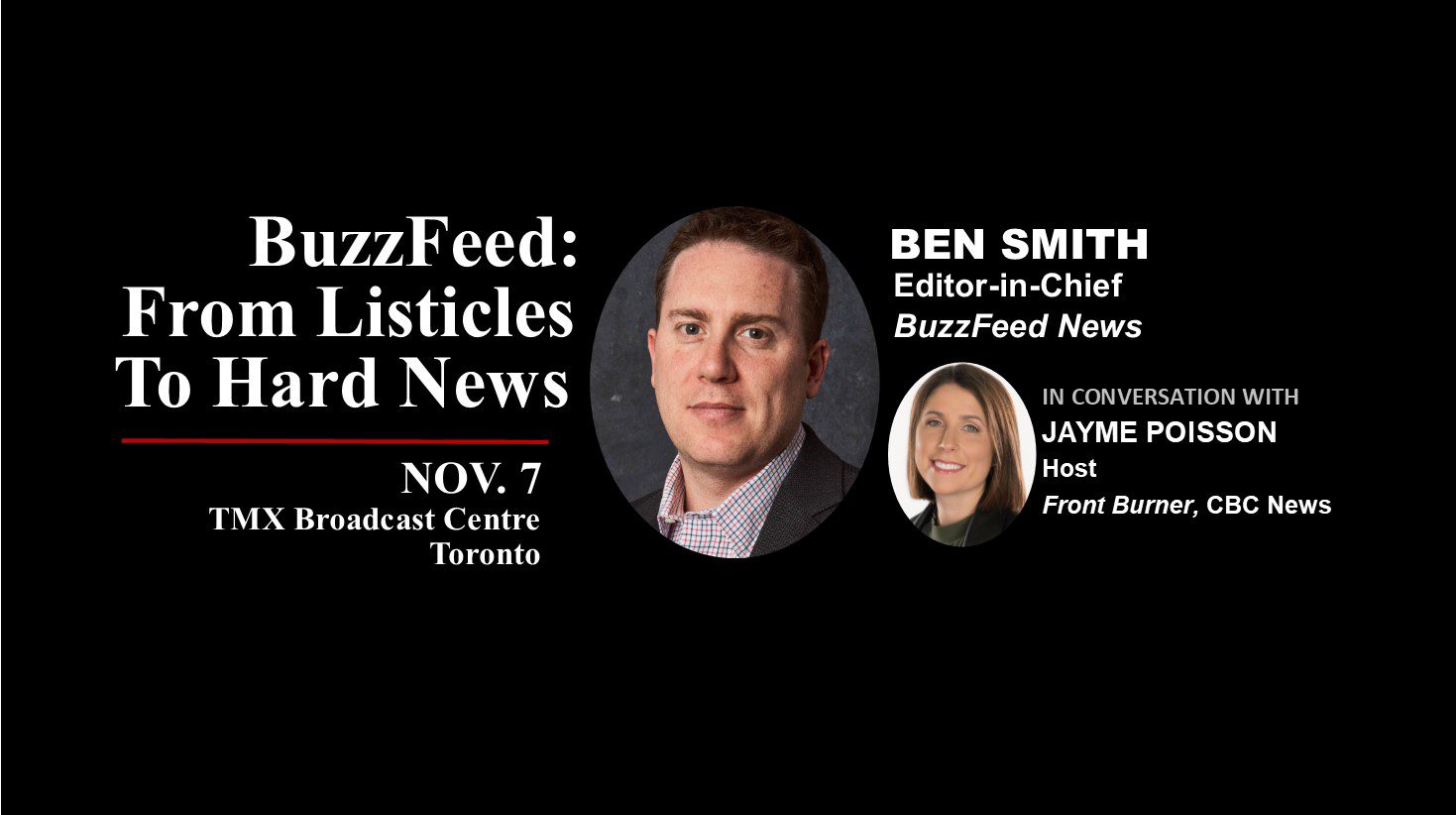 Hired as editor-in-chief in 2012, Ben Smith did for BuzzFeed—then best known for its lists, quizzes and viral videos—what few in the industry get to do: he built a news division from scratch. Although BuzzFeed’s entry into serious journalism was met with some skepticism, Smith grew its newsroom into a now-established force that has both garnered awards and generated controversy. In a conversation with Jayme Poisson, host of the CBC News podcast Front Burner, Smith discusses what’s next for BuzzFeed News.