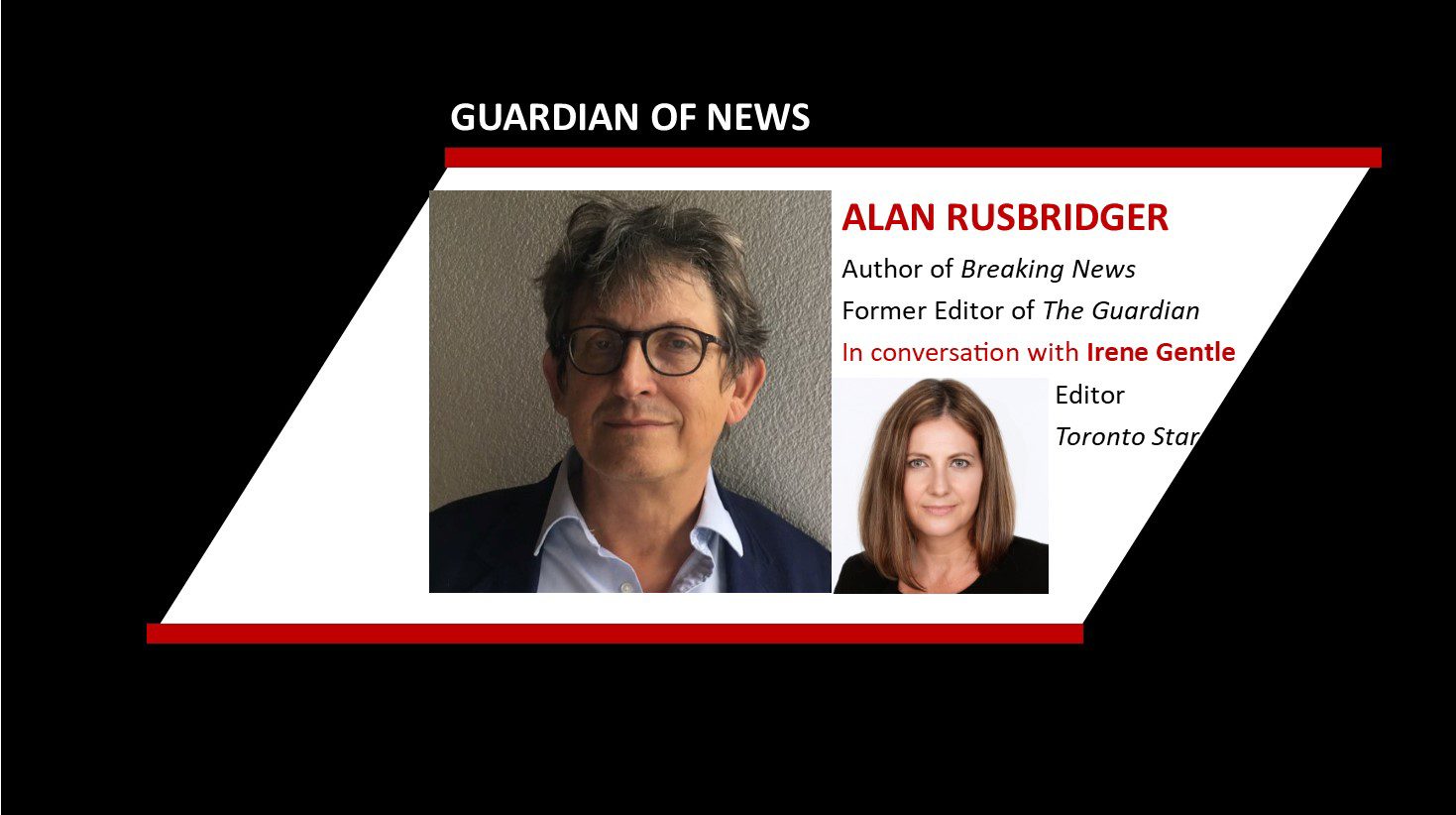 Over a 20-year career as editor of the British daily The Guardian, Alan Rusbridger oversaw the publication of ground-breaking journalism: the WikiLeaks story, the phone-hacking scandal, the mass government surveillance as disclosed by U.S National Security Agency whistleblower Edward Snowden. As he managed the transition from national print newspaper to news site with a strong global online readership, he championed free access and strong journalistic standards. But decisions made along the way were not without their challenges and controversies. Join Rusbridger for this conversation with Irene Gentle, editor of the Toronto Star, and for the Canadian launch of his book Breaking News: The Remaking of Journalism and Why It Matters Now.