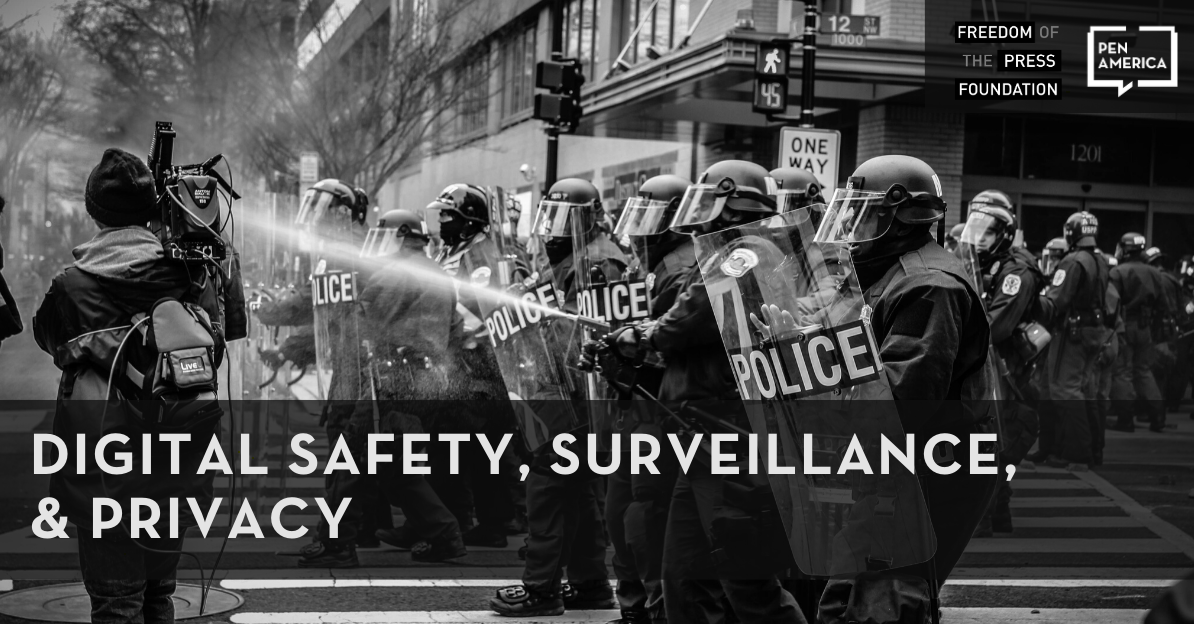 As part of PEN America’s Covering Protests series, this webinar—co-hosted with Freedom of the Press Foundation—will be led by digital security experts Harlo Holmes and Viktorya Vilk of PEN America. Our cell phones and social media accounts may be projecting our location and personal information without our knowledge, which can be used against us by the police and by abusive trolls. This training will equip journalists, especially those reporting and commenting on the protests, with strategies to better secure their phones and social media accounts, including guidance specifically focused on cell phone surveillance and confiscation, as well as anti-hacking and anti-doxing. With time for Q&A.

Harlo Holmes is the director of digital security at Freedom of the Press Foundation. She strives to help individual journalists in various media organizations become confident and effective in securing their communications within their newsrooms, with their sources, and with the public at large. She is a media scholar, software programmer, and activist; and contributes regularly to the open source mobile security collective The Guardian Project.

Viktorya Vilk is the program director for digital safety and free expression at PEN America, where she leads initiatives on a range of free expression issues, including developing tools and strategies to empower journalists and newsrooms to defend against online abuse. She has over a decade of experience working in nonprofits to expand access to the arts and defend creative and press freedom.

Amid sustained protests against police brutality in the United States over the past several weeks, the U.S. Press Freedom Tracker has recorded over 300 press freedom violations, including over 50 arrests and over 200 assaults against reporters. The majority of this intimidation and abuse has been perpetrated by the police. In response, PEN America has partnered with leading press freedom organizations to organize a series of free webinars to empower ​journalists to take care of their safety and well being as they ​cover the protests.